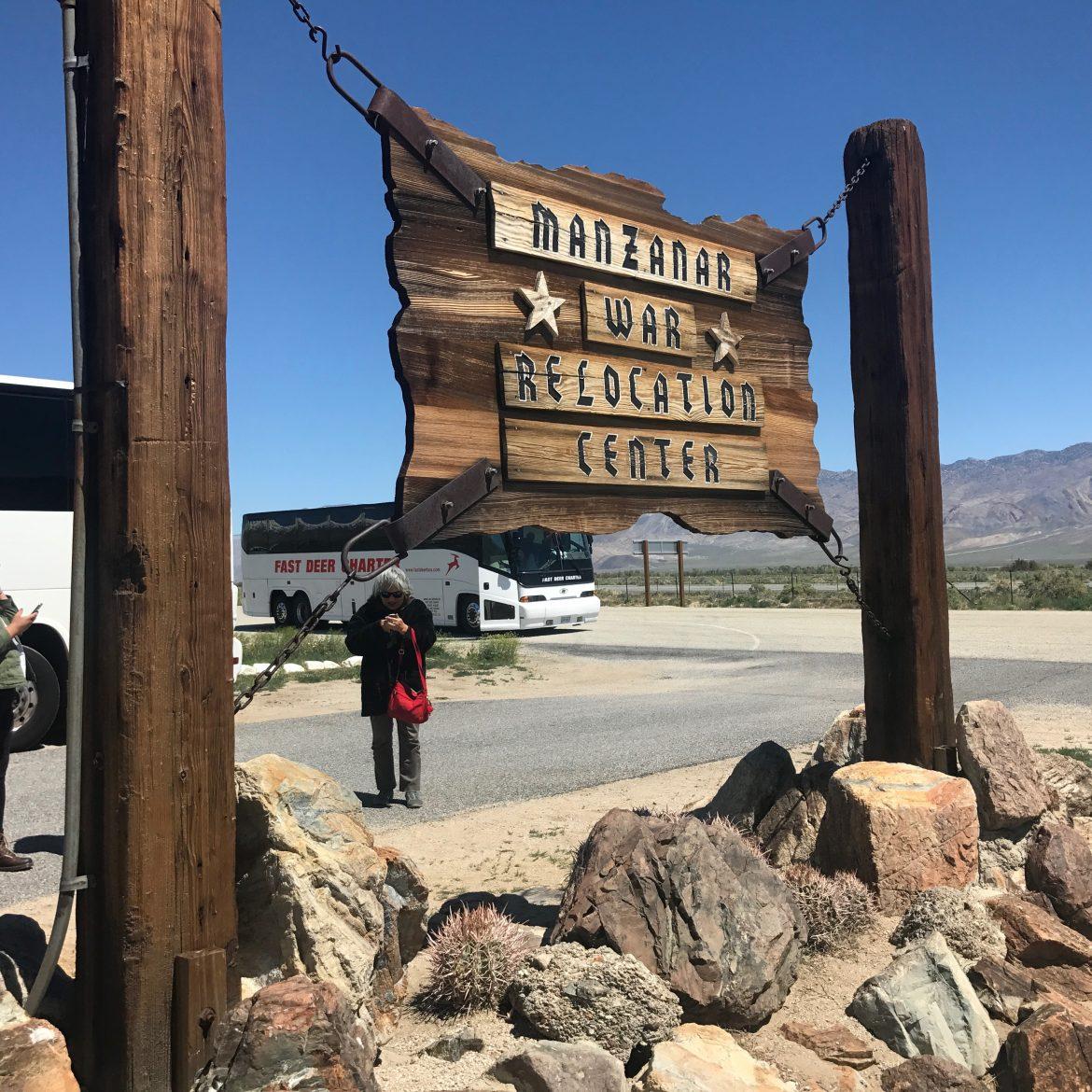 Thousands gathered Saturday to attend the 48th Annual Manzanar Pilgramage to honor those who’d been interned inside the Manzanar War Relocation Center.

With tears in his eyes yet a smile on his face, 92-year-old Sam Musaki looked back at Mount Williamson.

“Doesn’t it look like a painting?” said Musaku. “So majestic and beautiful covered in snow? But just the thought of Manzanar brings pain to numerous hearts and the feeling is beyond words.”

During World War II, President Franklin D. Roosevelt signed the executive order 9066 that led to the deportation and incarceration of 120,000 people of Japanese descent. Men, women and children had to leave their homes and were detained in different remote, military-style camps across the country.

Manzanar War Relocation Center was one of ten camps, where 10,046 Japanese-Americans interned for about four years. The Manzanar Historic Site is located near where the camp once stood off of Highway 395, about 230 miles north of Los Angeles.

“One day my mother suddenly took me shopping to get me a pair of boots and told me we were going to a camp,” said Phil Saki, first time visitor to Manzanar. “I assumed it was something fun and got excited, but when we reached, all I saw was tensed mothers, crying children and barbed wire fence all around me.”

There were a total of 36 blocks at Manzanar. Each block contained 20 buildings, 14 barracks, a mess hall, a recreation hall, men and women’s latrine, a laundry and an ironing room. According to the National Parks Service, all but 3 of the camp’s 800 buildings have been dismantled or relocated.

“I remember a row of toilets was installed back to back and although there was a wall between the backs of the toilets, there were no partitions between each toilet,” said Yoko Tsuda, a 98-year-old retired high school teacher. “Next to them were shower rooms, also without any partition, we even had to share sleeping areas and dressing areas.”

The people at the camp began a newspaper called the “Free Press,” that came to be known as the longest running newspaper within the internment camps.

“I remember my parents working during that time in the camp, receiving extremely low wages from the government. Farmers were paid $12 a month, teachers, $16 and doctors $19,” said Kikuma Shigeru, who attended the event.

More than 2,000 people came to the 48th Annual Manzanar Pilgrimage.

Ryan Katsuto Kuromiya, an English JYI junior at CSUN said, “I am taking this pilgrimage because of my grandfather.

“He spent time in those camps and being a Japanese-American, I wanted to witness the history and culture behind this place,” said Kuromiya. “It is a huge part of my history and this pilgrimage is a way of honoring those who suffered and had to rebuild shattered lives.”