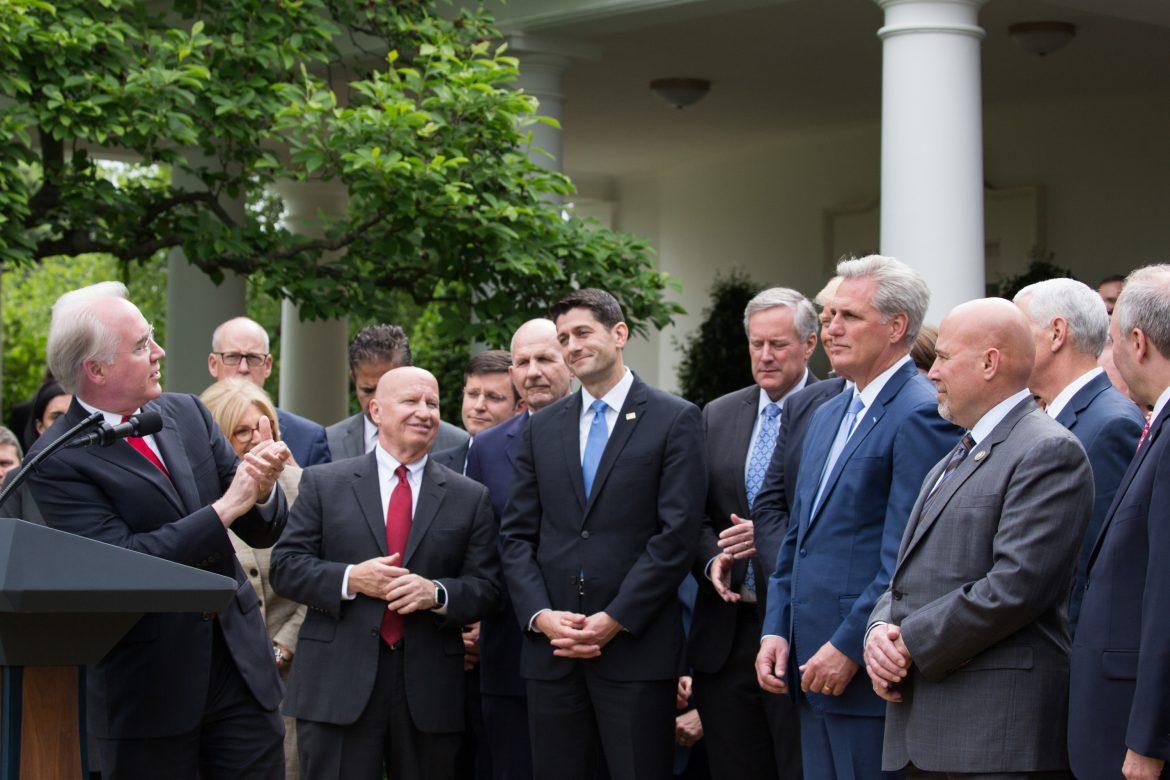 Tom Price, U.S. Secretary of Health and Human Services, speaks at President Trump's press conference with members of the GOP, on the passage of legislation to roll back the Affordable Care Act Thursday, May 4, 2017, in the Rose Garden of the White House in Washington, D.C. (Cheriss May/Sipa USA/TNS/MCT)

The House of Representatives passed Trumpcare to replace Obamacare, according to CNN.House Republicans celebrated early Thursday morning while playing the “Rocky” theme song.

For the past seven years, Republicans have been determined to repeal the Affordable Care Act. As reported by CNN, with more Republicans in the house, the bill passed with a 217-213 vote. Republicans believe they will keep their majority in the House based on the victory. The bill is now on its way to the Senate

When it comes to what the GOP bill actually entails, it will get rid of the taxes placed on the wealthy from Obamacare. Trumpcare will also allow Americans “refundable tax credits based mainly on age to purchase health insurance,” according to CNN.

In addition, states would have the power to place waivers for insurers to have fewer policies. This would protect insurers with high-cost patients.

Democrats are prepared to fight Trumpcare in 2018. Trumpcare would leave millions of people uninsured as opposed to Obamacare, according to CNN.

In the Senate, the bill will have many obstacles to face as it may be changed. According to CNN, this seems to be the happiest Trump has been during his presidency.

According to CNN, Trump will hold a live news conference at the White House.