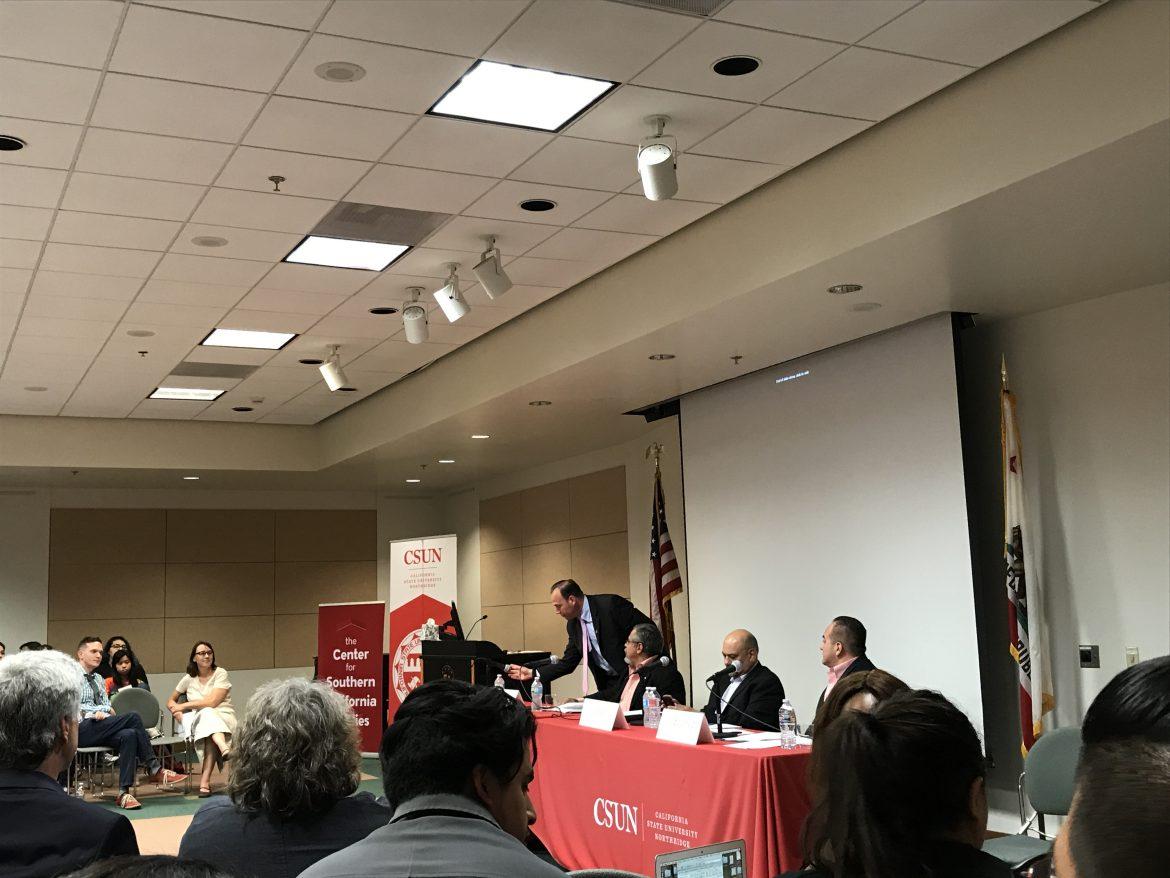 Members of California’s Latino Legislative Caucus spoke to a full crowd at the Oviatt Library Thursday evening discussing how the diversity of California state politics has changed in only a few decades.

The panelists spoke on the history of the Latino Legislative Caucus, and the history of Latino state legislators in California, touching upon the importance that demographic shifts and several key court cases between 1988 and 1992 had on the increase in Latinos in the State Senate and Assembly.

“Ultimately we opposed the maps that the legislature had passed because we knew we could do better,” Vargas said of the original district maps drawn up, which were accused of gerrymandering.

Assemblymember Bocanegra spoke on his own experiences as the child of an immigrant father.

Bocanegra reflected on his first term, remembering the vote he cast for AB 60, which allowed undocumented Californians to receive driver’s licenses.

“I’m voting for driver’s licenses for the undocumented… and I start crying,” Bocanegra said. “Only in this country could the son of a gardener aspire to become a legislator.”

While the Latino Legislative Caucus now boasts 29 members, the panelists agreed there are still issues that require the caucus’ attention.

“You gotta stand for something, don’t be afraid,” Bocanegra said, bringing up the recent controversial passage of SB 1, which raised taxes on gasoline to pay for California roads. “In terms of having infrastructure… we needed to do it, there was no other way.”

“The purpose of government is to solve problems, problems that individuals cannot solve by themselves,” Segura said, adding that low-income Latinos tend to need these solutions more.

“Who needs these public goods? Mostly the lower class,” Segura said. “You don’t need a park if you own an estate.”