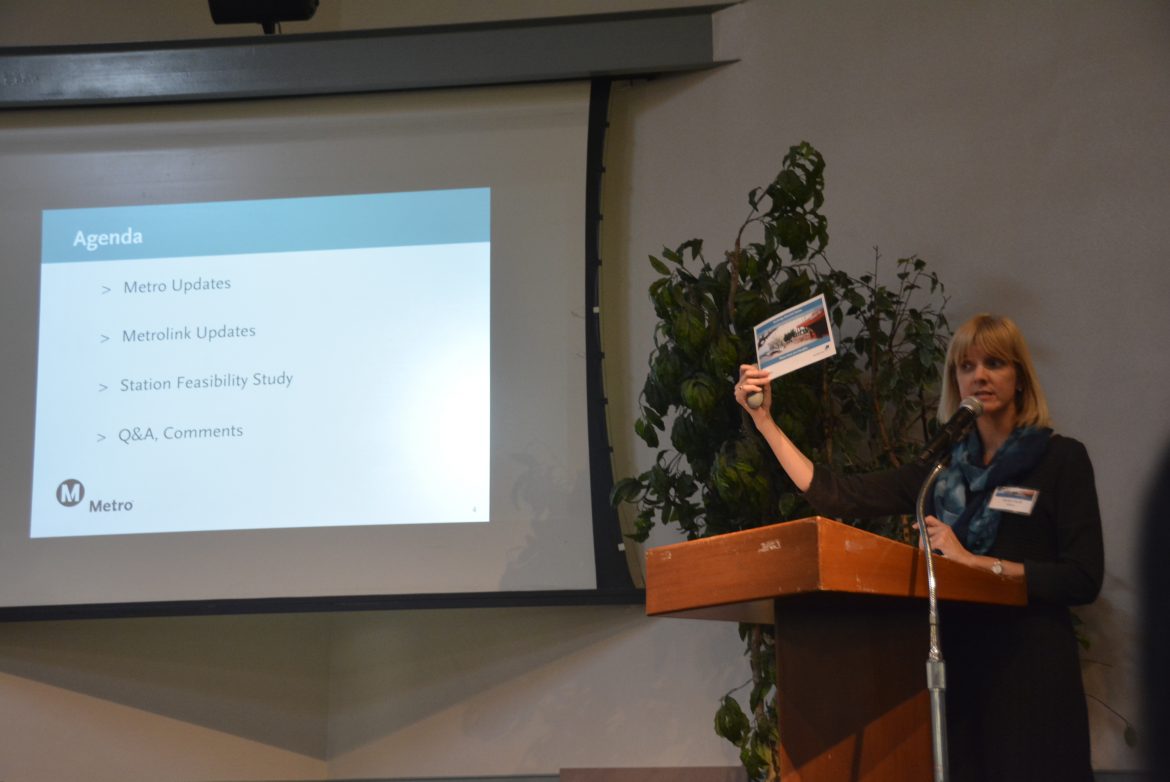 A discussion between residents and the Metro/ Metrolink team on the commitment to improve mobility in the Northridge community took place during a community meeting on Thursday night.

Metro constructed the station on Parthenia Street within a week as an emergency response after the 1994 earthquake in Northridge, according to the Metro presentation.

The slideshow presentation on the relocation feasibility study by Karen Swift, Metro communications relations manager, revealed a possible construction of a new and improved station that will benefit locals and CSUN students who utilize public transportation to commute to campus.

Swift presented the study after Measure M passed in November 2016 and said it provided a budget that will help fund new construction in the San Fernando Valley.

“The study is meant for creating bus improvements to make it easier on CSUN students and decrease traffic near the campus,” Swift said. “CSUN is the first to roll out with us following Pierce College, which show great number of users.”

The Metro U-Pass, a reduced-fare transit pass, was also mentioned during the presentation, showing that majority of customers in the Northridge area are students based on the high level of commuting. Not only does the pass offer students unlimited rides to campus, but also to work, shopping or anywhere they choose on any of Metro’s bus or rail lines.

Lauren Cencic, transportation planning senior manager, said the new premium transit service will be a bus route to connect centers such as CSUN, the Northridge Mall that will ease traffic.

The Metro team also took demographic and travel patterns into consideration. If the relocation feasibility study transitions into a construction plan, then they will award a consultant contract to help finish this environmental review process that goes for two years, which allows room for public input.

Although residents who attended criticized the proposed study, students like Jaime Avalos, an urban studies and planning major, said the Metro team is willing to put in an effort to improve the commuting experience for CSUN students.

” I also like how Metro plans on including bike lanes. I see students in the future commuting with their bikes,” Avalos said. “I see a lot of people saying that there’s no use for them [construction plan] but in the future, I do see students using them and I see that they are doing this for CSUN more than anything else: their main target is CSUN.”