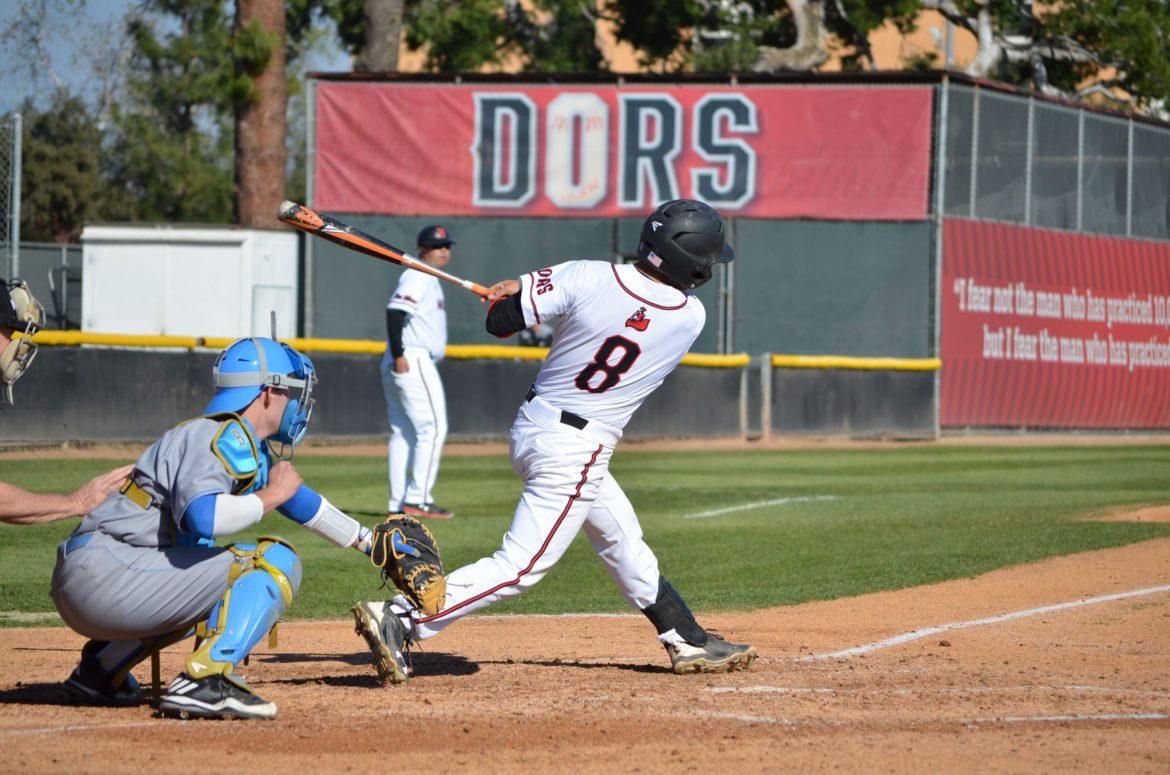 Senior shortstop Fred Smith gounds out to third base in the third inning against UCLA on Tuesday, Feb. 28, 2017. Smith went on to hit a home run during the sixth inning.

The Matadors held a two-run lead into the seventh inning, but a rough eighth inning gave up five runs to UC Irvine in an eventual 8-4 loss Saturday afternoon.

After a quiet two plus innings, the Anteaters got on the board in the bottom of the third on two hits and a sacrifice fly to take a 1-0 lead.

The advantage was short lived as Nick Sablock brought the Matadors even in the fifth with a solo home run. The homer was his fifth of the year.

Alvaro Rubalcaba opened the sixth inning with a single and Fred Smith was hit by a pitch to put two on with nobody out. CSUN responded with back-to-back singles from Justin Toerner and Nolan Bumstead, bringing in two runs and giving them a 3-1 lead.

That lead held until starting pitcher Andrew Weston ran into some trouble in the seventh. A single and a double put two men on with no outs, and a walk loaded the bases.

The Anteaters came up with back-to-back singles of their own to produce two runs and tie the game at three apiece.

That marked the end of the day for Weston, who finished the game after seven innings and allowed three runs on eight hits.

In the eighth, three Matador relievers combined to give up five runs despite only allowing one hit. Four walks and two passed balls led to two runs being scored, a single and a sacrifice led to three more, giving Irvine the commanding 8-4 lead.

CSUN managed a two-out infield single in the ninth, but Jayson Newman grounded out to end the game.

The loss takes some luster off of yesterday’s come-from-behind victory over the Anteaters. They will have a chance to take the series Sunday afternoon in game three at 1 p.m.