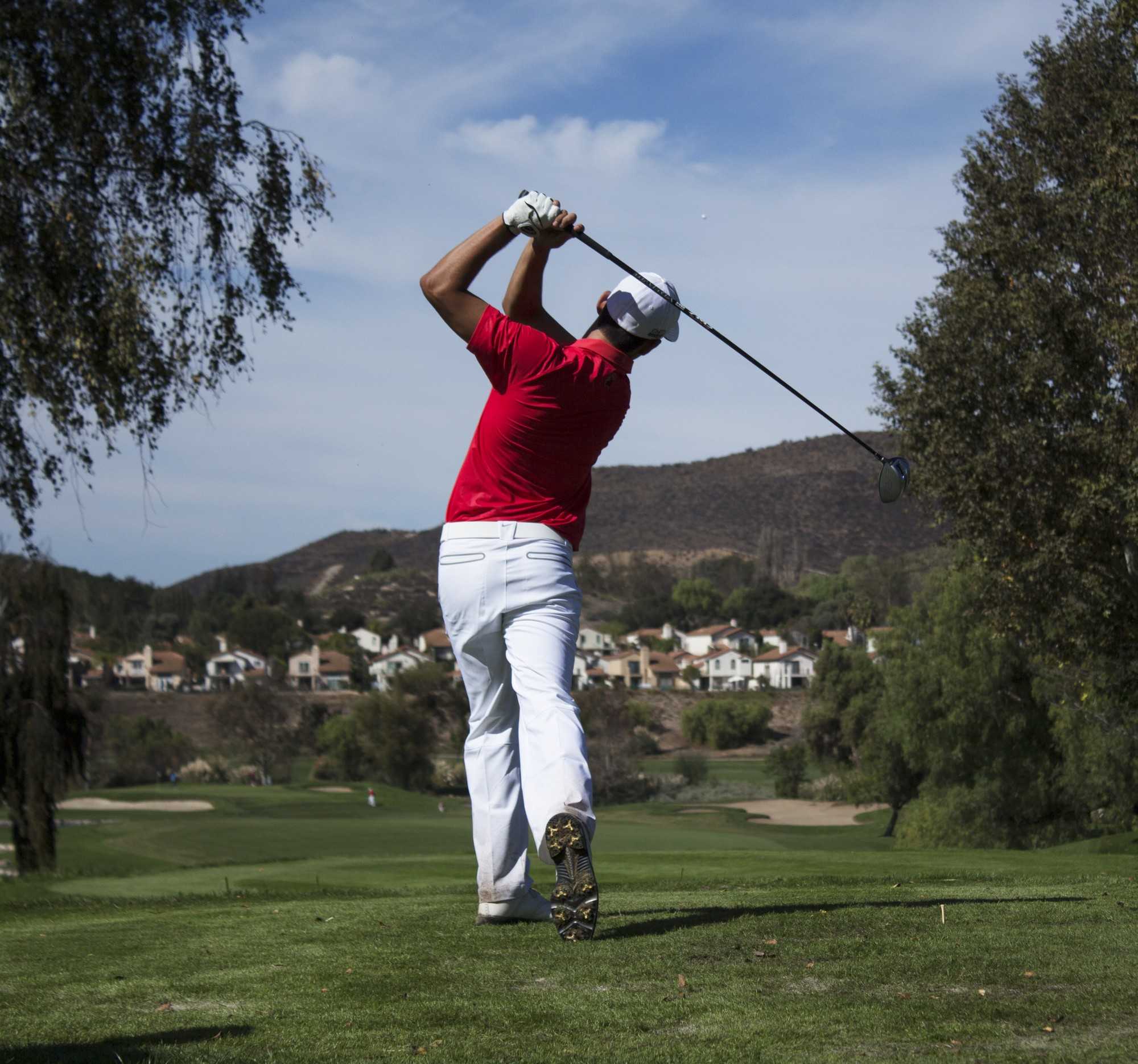 The CSUN men's golf team competes in the Bill Cullum Invitational at the Wood Ranch Golf Club in Simi Valley, Calif., on Oct. 21, 2014.

CSUN men’s golf team participated in the Big West Tournament that took place May 1-3. Junior Felix Mory put together one of the best performances, leading the seventh seed Matadors to victory.

The tournament took place at the Sandpiper Golf Club in Santa Barbra, the conference championship is a three day, 54 hole tournament with 18 holes being played each day.

Northridge was slated as the seventh seed out of nine teams to begin the tournament with the Matadors being grouped with number eight seed UC Riverside, and number nine seed University of Hawaii.

It was an exciting first day for the Matadors as they exceeded expectations and finished with a total of 284 (-4) strokes. This put them in fourth place, only two strokes behind a three way tie for first place with Cal Poly, UC Santa Barbara and Long Beach State.

Although the Matadors sat in fourth place, the junior from France, Felix Mory, did everything he could to keep Northridge in it. He shot a 68 (-4) on a par 72 course which placed him in first place for player totals.

During day two, Northridge stayed consistent shooting a total of 285 (-3) putting them at minus-seven strokes to par and a tie for third place with Long Beach State.

Rounding out the top of the leader board was Cal Poly sitting in second place with a 567 total (-9) after shooting a 285 round two stroke total.

Meanwhile, UC Santa Barbara extended their lead shooting an impressive 279 (-9) on the day, giving them a minus-fifteen to par score as a team.

Northridge’s standout player of the tournament continued to play impressively as Mory matched his score total from the first round. Shooting another 68 (-4), putting him in first place at minus-eight strokes to par.

Mory finished the second day with one of the best totals, but finished behind Long Beach State’s Joe Fryer who hit an impressive 66 (-6) stroke total, pulling him only one stroke behind Monty for the top spot on the leader board after day two.

For the final day the seeding was rearranged based on the performances from the first two days of the tournament.

Northridge teed off in the last group of the final round. They were grouped with number one UCSB and number two ranked Cal Poly.

The Matadors nearly completed their comeback, led this time by a combined effort of a 69 (-3) round three total from sophomore Tomas Skajem, and a 70 (-2) from individual leader Mory.

Northridge was able to gain a lot of ground on the Gauchos after first place UCSB shot a 291 (+3) total in round three while Northridge shot a 284 (-4), gaining seven strokes.

It was not all disappointing for the Matadors as Mory finished in first place by four strokes over the second place player, finishing minus-ten to par.

This is the first ever Big West Conference individual championship in Matador history and he was able to do so by shooting an incredible minus-eight to par on all par four holes, which was six strokes lower than any of the other participants.

The selection committee will decide if the Matadors deserve a spot in the 2017 NCAA Division I Men’s Golf Championships. A total of 81 teams and 45 players will be selected to compete in one of the six NCAA Regional Championship sites, which takes place May 15-17.

Selections will be announced Thursday, May 4 at 9 a.m. on the Golf Channel.