7 Days in Syria: Documenting a Tragedy 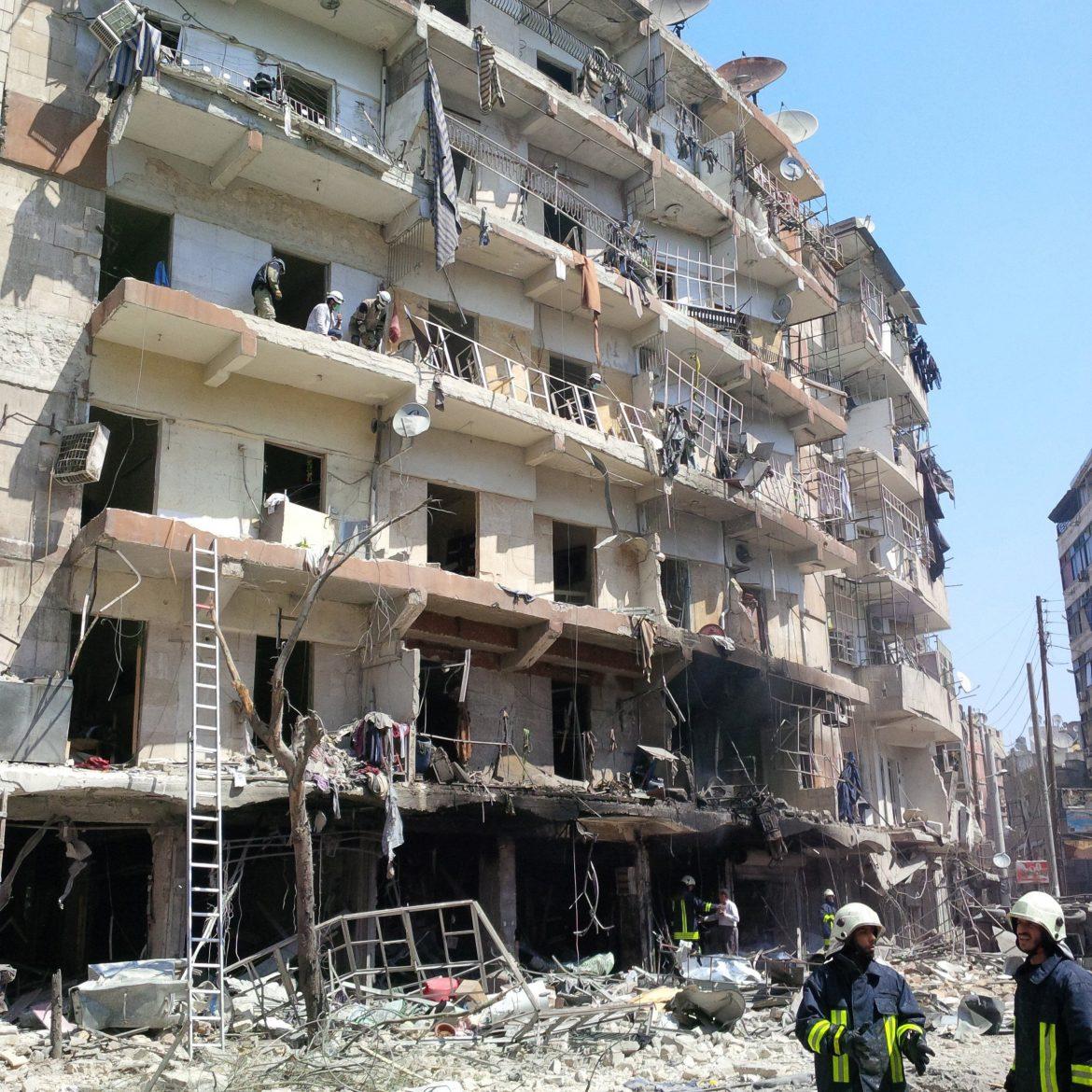 The documentary “7 Days in Syria” was shown in the Armer Theater on campus to feature the struggles and obstacles Syrians face.

The documentary, directed by Robert Rippberger, chronicled journalist Janine di Giovanni’s earlier visits to Syria to report on the war from the area in 2012. The documentary follows her for the entire seven day period, starting from her entrance at one specific border crossing in Turkey all the way to her exit through the same.

While the documentary is about her journey, the majority of the film shows interviews and talks with various people, highlighting their stories and making it more about Syrians and their struggles. The documentary also focused on the harsh reality of what the people were going through, with various trips to under-supplied hospitals and even the front lines of the war.

After the documentary was shown, the director participated in a panel discussion, along with two professors from CSUN. During the discussion, members of the audience were given the opportunity to ask questions both about the piece itself and the thought process behind it.

One of the recurring themes of the questions throughout the discussion had to do with why Rippberger decided to make the film in the first place, and what he thought could be achieved by it.

“If you saw this happening to someone, would you step in to do something? Would you try to help?” Rippberger said.

He was of the belief that more people needed to see what was happening from the viewpoint of the people, instead of the viewpoint of journalists who go in, to truly garner sympathy from other countries.

Journalism professor Melissa Wall pointed out another important takeaway from the film, about what the people going in to do stories like this face.

“It’s dangerous for these journalists to go there to get the story,” Wall said.

Nicole Tang, a photojournalist who was also part of the film, went into the front lines, where forces were actively shooting each other. On camera, the documentary shows one fighter getting shot in the head, right across the street from the crew. At a different point, di Giovanni was under threat from a sniper.

The event’s organizer, journalism senior Cati Mayer, had a similar viewpoint when it came to the hope of people being inspired to help.

“I already figured that no one really cares, and it makes me sad. How can you see this and be like ‘no, I don’t want to help these people?'” Mayer said.

Mayer initially planned to hold the viewing off campus back in November, but had to cancel the event when she couldn’t get the required minimum of 60 people to sign up to attend. Despite that, and with some pushing from professors, the event went ahead here on campus anyway.

“I could download it on Amazon [and] watch it by myself, or I could make a difference,” Mayer said.

The documentary is available to purchase and download online.