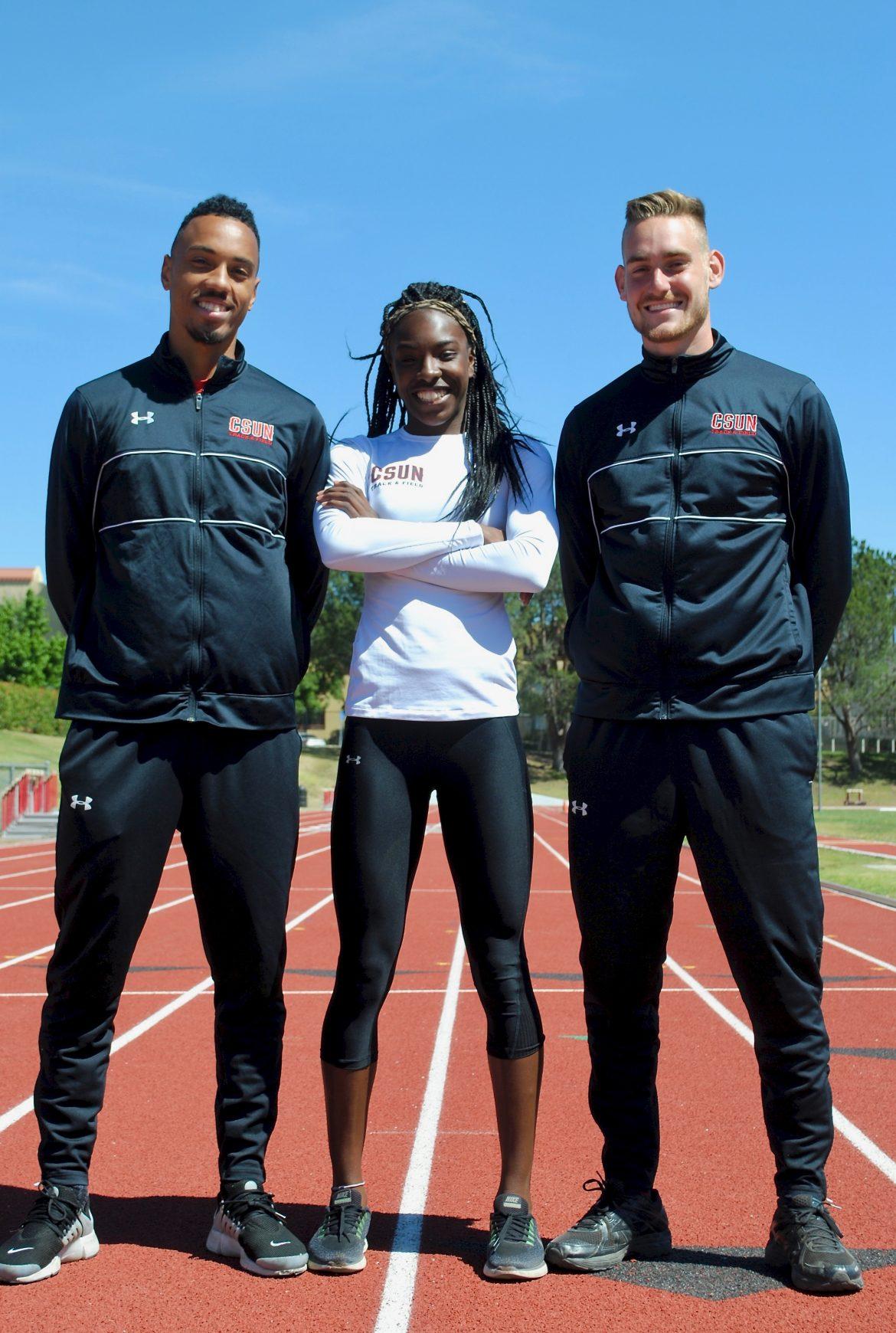 CSUN track & field continued to compete and was ready to go up against Division I elite programs at the NCAA Western Regional Preliminary Championships in Austin, Texas.

CSUN sent a total of 19 athletes to compete in 26 separate events with the hopes of qualifying for the NCAA Championships in Eugene, Ore., on June 7-10.

CSUN women’s track team had a lot of momentum going into this event after they captured Big West Championship two weeks prior. On top of that, senior sprinter Lexis Lambert was named the Big West Women’s Track Athlete of the Year.

Hammer: On the first day of the event the Matadors got off to a great start as Monique Griffiths sealed herself a spot in Eugene after placing fourth among the top 12. Her throw placed at 65.58m, only .24m behind the throw that clinched her the Big West individual title.

4x100m Relay: In this event, the Matadors had Courtney Robinson (JR), Ashley Bamberg (SR), Lexis Lambert (SR) and Marie Veale (RSR) running and they did not disappoint. The four Matadors clinched a spot in the Championships finishing in second place in their heat and fifth overall out of 24 groups of runners.

Discus: In the discus throw, the Matadors’ Big West Champ Briana Cueva moved onto the Championships by throwing .39 Meters. Cueva threw a 53.50 meter throw sealing the twelfth and final spot in the Championships.

110m Hurdles: It was a quiet showing for the Matador men as junior Joshua Turner was the only CSUN athlete to make it out of the first round in his event. Turner finished fourth in his heat with a 14.07s time and ended up 21st overall, advancing as the plus six to make it past the first round. However, the junior from Auburn was unable to secure a spot for the Matador Men after running a disappointing 14.38s time.

The Matadors have a total of six athletes, all of who are women, who will participate in the NCAA Championship rounds in Eugene, OR, June 7-10.