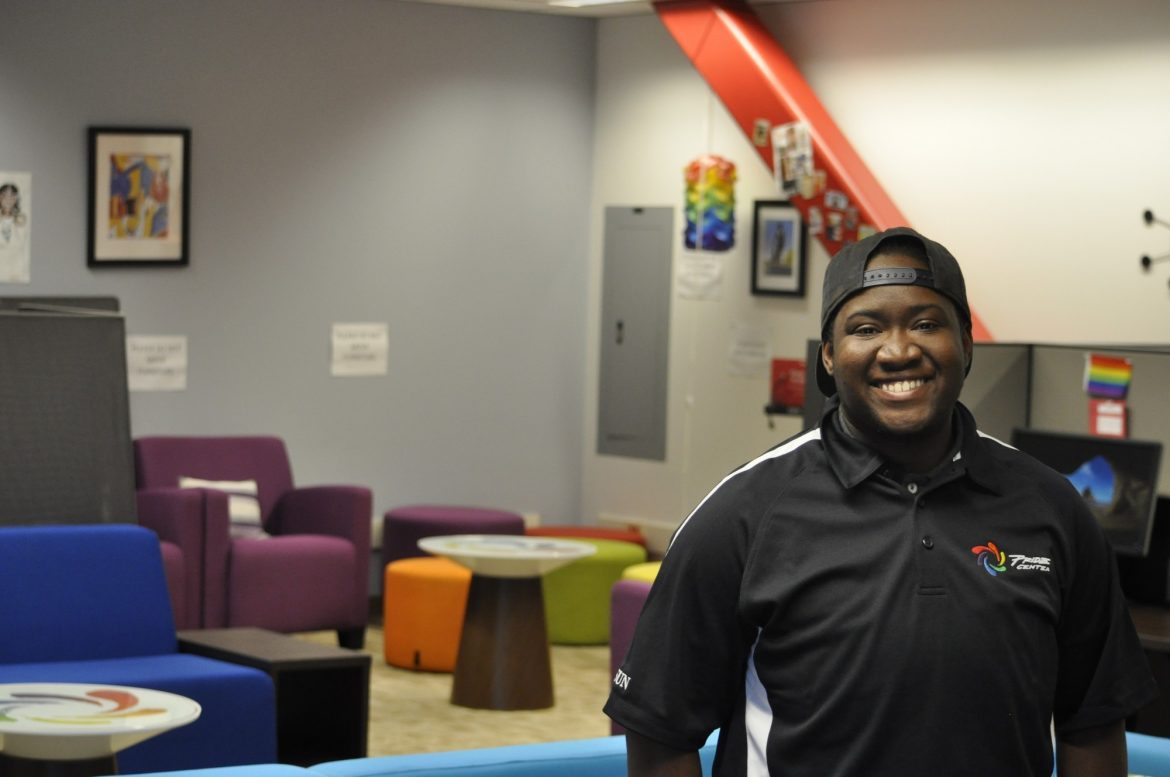 Tyler Neroes majors in Public Health and minors in Queer studies. He devotes his time to working at the Pride Center. Photo Credit: Breanna Burnette

Tyler Neroes, who identifies as transgender and queer, is a senior at CSUN who started working as a Peer Mentor at the Pride Center in 2014 in order to help students seek counsel from a peer mentor who may share similar experiences as them.

Neroes, a Public Health major and minor in Queer studies, said he wanted to work at the Pride Center to grow closer with the LGBTQ community on campus as well as provide support for students who might not have as much support as he had when he was figuring out his identity.

“I wanted to work more in my identity,” Neroes said.

One thing that helped Neroes early in his journey was his all inclusive sorority, Gamma Rho Lambda, Epsilon Chapter.

“Having that [Gamma Rho Lambda] support system initially was what I needed to continue to keep going because without it I don’t know where I would be. They were the people who tell you to keep going, push forward, and be who you are,” Neroes said.

Now that he works at the Pride Center he sees it as a way to help other students, especially those who are shy at first, but whom eventually start to come more often and volunteer for events.

The center has weekly, monthly and annual events. One of their popular monthly events is their Karaoke nights. A lot of students, LGBTQ and non-LGBTQ come out to the event since it’s not hosted in the Pride Center. A weekly event they hold are their “Coffee Nights,” which is a smaller social event.

“We try to have most of our events have more educational programming and outreach, so that people can learn more about the LGBT community versus like ‘Oh you’re just here because you just want rights’,” Neroes said.

An annual, and more special event they put on is “National Coming Out Day.” At this event, CSUN students, LGBTQ community members and allies are all invited to celebrate and learn more about LGBTQ history.

Neroes spoke about the fact that people don’t have to identify within the community to stop by the center and meet new people.

“Come as you are,” Neroes said.

The Pride Center is an open space and Neroes said it’s a good place to start when one is struggling to come out or learn more about their identity.

He encourages students to share the center as a resource and stop by to learn more about the community.

In the future, Neroes hopes to continue mentoring people within the LGBTQ community after he graduates.