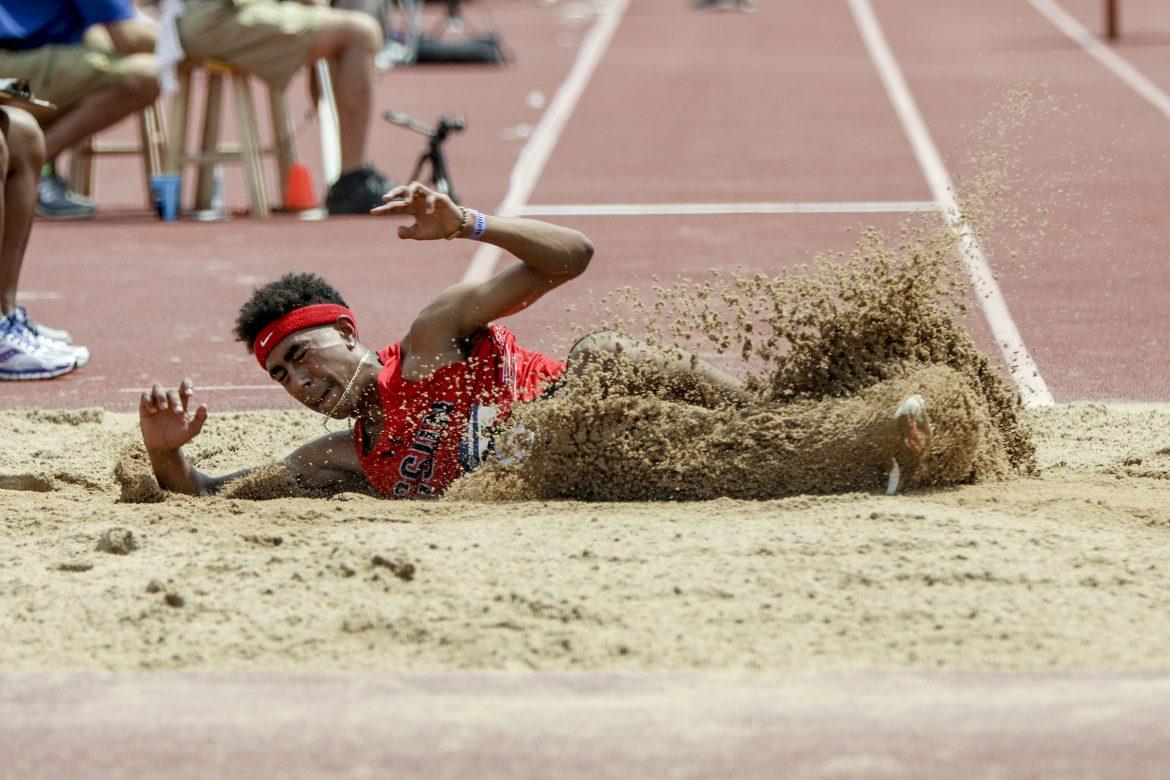 Day 3 of the NCAA Track and Field Championships West Preliminary Round in Austin, TX on May 27, 2017. (Nate Barrett Photo)

In just a year and a half incoming sophomore Dennis Hicks II has already made a name for himself in the Track and Field community.

Still only 18-years-old the long jumper from Bakersfield, CA was a mere 13 cm away from a podium spot at the Pan Am Junior Championship.

The event is held every two years and features some of the best U20 track and field athletes from around the world and this year was featured in Lima, Peru.

“It was awesome being able to see the differences in our culture compared to theirs,” said Hicks. “Not only that, but I met a lot of new friends that I’m super close with now.”

The men’s triple jump competition was held at Estadio Chan Chan in Trujillo, Peru on Sunday, July 23 and Hicks was only one of two athletes representing USA.

Isaiah Griffith from the University of Nebraska was Hicks’ sole United States teammate in the event and Griffith narrowly beat Hicks to take the final podium spot.

“It was a really exciting experience,” said Hicks. “Going up against some of the world’s best in my age group will help me and motivate me moving forward.”

Although Hicks came home empty handed he hopes to continue to perform until he reaches the highest level he possibly can.

Hicks is young for his class, turning 19 in November, but he likes to view this as an advantage when competing and in terms of his future potential.

“I am nowhere near my peak,” said Hicks. “When I’m competing for Northridge it’s usually against guys who are older than me and to see that I can compete with them and even beat them pushes me to a new level.”

Competing on a national level gave Hicks a lot of pride, as well as giving him a taste of potentially what’s to come for the jumper in the near future.

“I hope to try out for the U23 in the next year or so and then hopefully down the road compete in the Olympics” said Hicks.