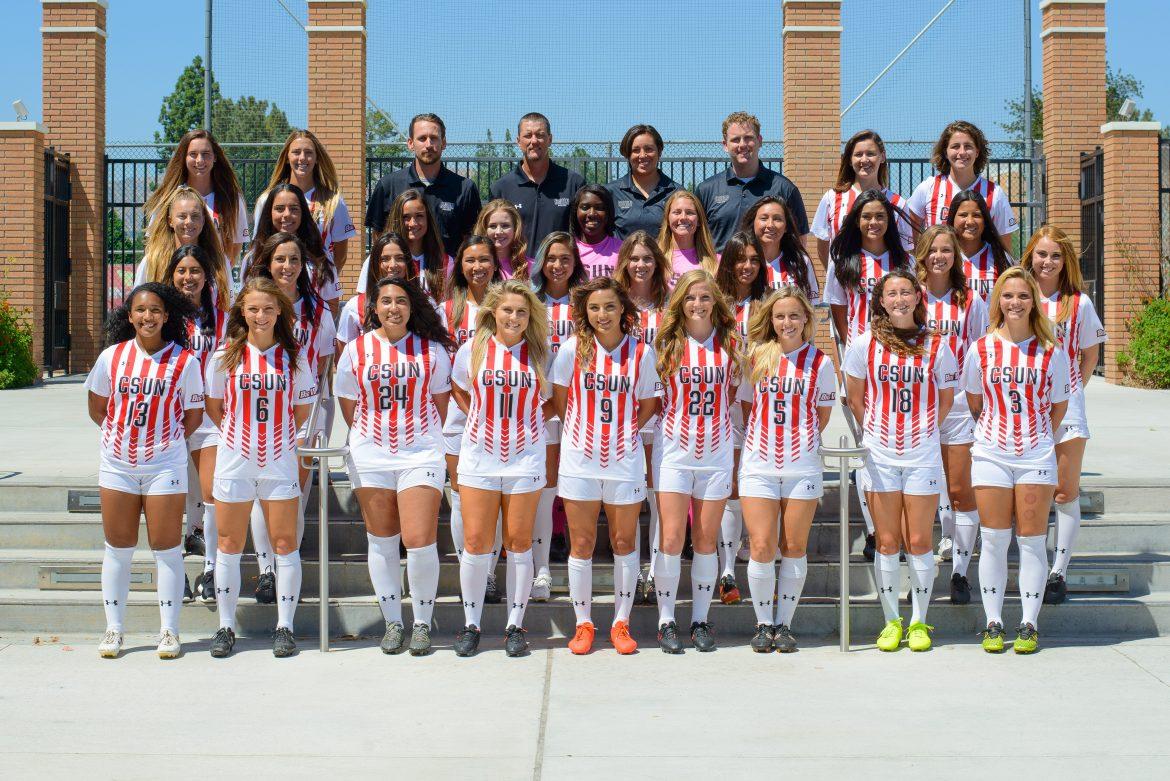 Which freshmen will make the most impact? CSUN added 11 true freshmen to the roster and the one who has stood out is midfielder Sydney Gilbert. She has made the most noise out of CSUN’s training camp and according to West, Gilbert has come into the season with the preparation and energy needed to earn immediate minutes. The true freshman is expected to start Friday’s opener at Long Beach State. In addition to Gilbert, the Matadors added defender Chloe Edwards who played strong minutes in the second half of CSUN’s preseason friendly against Arizona State. The Matadors will also use Amy Aquino and Madison MacKensie for offensive production off the bench.

Who will be the thunder to senior Cynthia Sanchez’s lightning? Sanchez’s career at CSUN has been marked with consistency and production. She has scored 17 career goals is only five away from tying the all-time mark in Matador history. Sylvia Trinh is expected to balance the load offensively for the Matadors. The sixth-year senior scored two goals in 2016.

Is there a ceiling on Jovani McCaskill? Jovani McCaskill defied expectations as a junior and closed the 2016 season as one of the must see goalkeepers in the country. She led the Big West in shutouts, GAA and save percentage in route to being named the conference’s goalkeeper of the year. According to West, he received calls from various Team USA members regarding her potential availability. If McCaskill can match or exceed last season’s production, the Matadors not only benefit but McCaskill could be herself on Team USA in the coming years.

Player with the highest X-Factor: Jenna Koziol. Last season the senior from Granada Hills played backup goalkeeper to McCaskill, but has multiple dimensions of her game to offer. Koziol in training camp has proved herself to be a potential secret weapon as a forward in West’s offense. After starting the first half as keeper against San Jose State, she played 20 minutes of extra time in the field and nearly gave the Matadors its first goal of the season on more than one occasion. Koziol, who has been described as a voracious worker with an intense motor, has the ability to play a decisive role in CSUN’s success no matter where she is put on the field.

Cynthia Sanchez on the freshmen learning curve: “I couldn’t be more proud of the freshmen just because it is a very different environment than what they are used to in club or in high school. I think they are adjusting well, they are adjusting quickly and they are all willing to work. The only thing they need is a little push and that’s where the seniors and upperclassmen help them out.”

Coach Keith West on CSUN being projected to finish fifth after winning last season’s Big West regular season conference title: “I think if you look at all preseason polls since I have been coach it’s always been about what other coaches perceive as talented teams. In my humble opinion, Long Beach State is the favorite to win it. I say that respectfully to our team and other teams in the conference because [49ers coach Mauricio Ingrassia] has put together the most talented team out there and with all that talent they could be ranked in the top-25. But that’s all it is right now, talent. They are going to win a lot of games, but when you get into conference it’s different. So to me rankings don’t mean much.”