Graduate student gives a voice to undocumented students through artwork 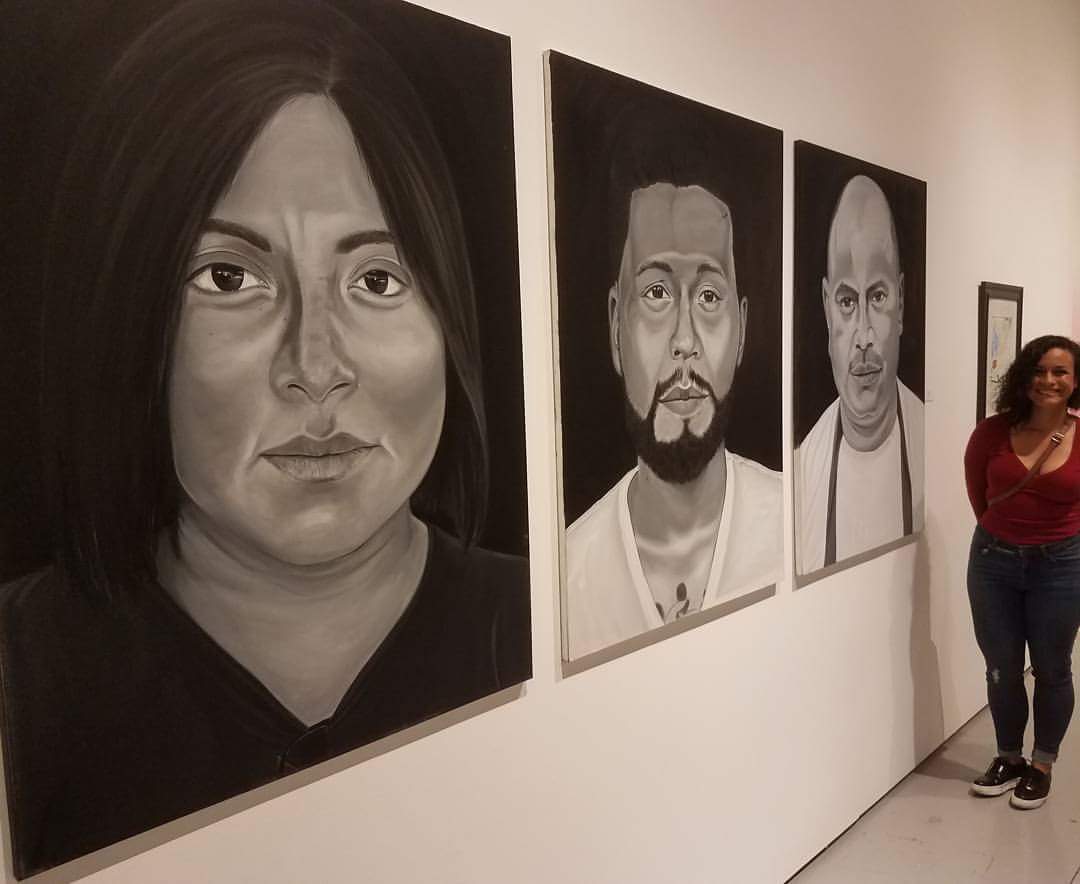 CSUN graduate student, Hedy Torres, is a 29-year-old artist who is using her talent to bring awareness to issues that deeply resonate with her.

While art’s appeal is first actualized through perception and superficial observation, it is also used as a powerful tool to embed deeper meanings that contribute to the dialogue of one’s personal sentiments and overall greater societal commentary.

As an immigrant student herself, Torres wants to cast light on other young students and help break stigmas surrounding their positions in society.

Torres’ upcoming art exhibit, Eleven Million, focuses on DACA students and their continued obstacles in a system that seems to be ever divisive on their stance about their status in America.

“Eleven Million project is focused on DACA students to honor the hard work and the commitment they have to keep going on their goals regardless of the struggles they face in their journey,” Torres said.

She also said her artwork is not necessarily aesthetically beautiful, but rather meaningful. This was expressed through portraits of undocumented individuals.

As immigration policies rip families apart and stifle any positive progress undocumented students can and do have on society, Torres maintains a sense of diligence to the cause.

“We immigrants are in a survival mode,” Torres said, “and most of the time undocumented people remain in the same stage all their life because unfortunately, US laws are not favorable to all.”

Torres first began creating at a young age and has been honing her craft ever since.

“I remember when I won a drawing contest in kindergarten because I drew the best map of Mexico,” Torres said. “Since then I started drawing as a hobby.”

There is little room for dispute of today’s current political climate not particularly catering to minorities, especially those who are living undocumented under President Trump’s administration. This has sparked heated debates over immigration policy and the fates of those undocumented immigrants already living in the United States.

DACA, or the Deferred Action for Childhood Arrivals, was founded by the Obama administration in 2012. It offers the possibility for undocumented immigrants who entered the country as minors to obtain a renewable two-year period of deferred deportation and a possible work permit.

“Our times are very chaotic and society is more sensible than ever,” Torres said. “Honestly, our political issues have given me the strength to stand up for my people.”

“As a citizen of this world my homework is to create peace in my society and the Eleven Million project is a peaceful protest if we can see it that way,” Torres said.

The exhibit can be viewed at CSUN’s West Gallery from Aug. 28 to Sept. 11.