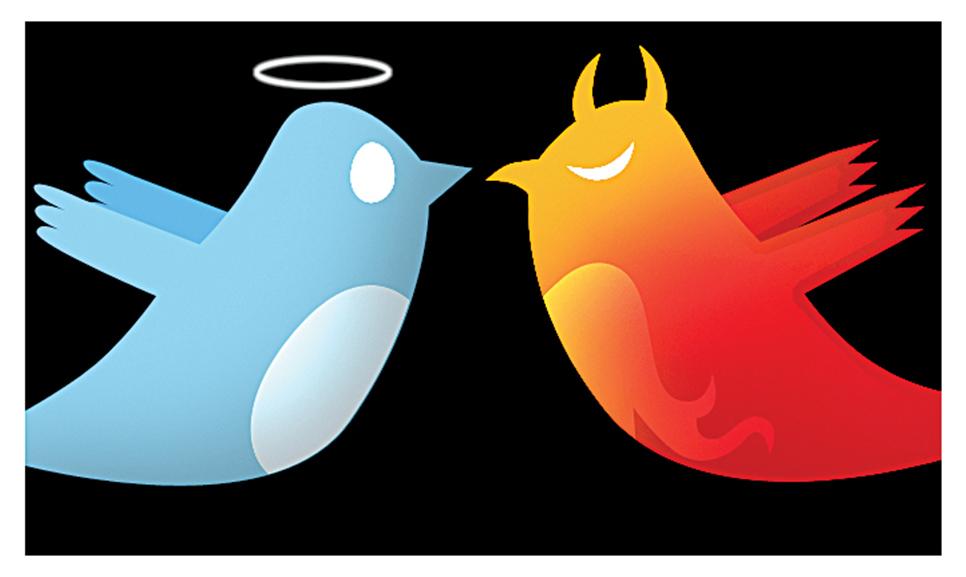 It is imperative to note not everyone uses social media to deceive and not everyone using it does so because they just want to be liked. My concern is how many people have become dependent on social media as a form of news and social interaction and how that dependence can affect one’s life.

There is, to some, a misconception that what we view through social media is truth and at times, it may be. However, there are instances where what the viewer sees on social media needs to be questioned and evaluated.

Prethoughtout language is one way people can manipulate the way their users see them. Many of us think before we react during face-to-face interactions just as we do on social media. However, on social media there are more players in the conversation whose judgments and ideas are present even if they are not an active part of that conversation.

During face-to-face interactions, two people converse with each other with only the other in mind. On social media, two people speak to each other while having to consider how their conversation will be perceived by all of the other people watching and how what they say may affect those other friendships.

Much of the time, having a fully in-depth conversation about a subject is difficult because of the fear of other’s judgments of that conversation. Not only is it necessary to consider who else may be reading a conversation, but also one must consider how that conversation and/or images posted on social media may affect them in the future.

As noted in part one of my theory, there are social implications that could have long lasting effects on users of social media. Making mistakes is human. Making mistakes that are documented for all to see in the present and in the future can be detrimental. For example, if a person posts a picture at the age of 22 doing something with friends, will that same person at the age of 42 be happy about that same picture being made available for employers, colleagues and even their own children?

Social media is a platform where people can share their lives with each other freely and invite others into their personal world, but one must take into consideration prethoughtout language and users’ ability to erase outside viewpoints.

Class status is non-existent online, as stated in part two; however, this has not helped us progress into a more accepting society. It has done the opposite. People with a specific point of view have the ability to, and many times will, block people with opposing viewpoints. Having the ability to block outside perspectives causes more divisiveness in the world.

When an opinion is put forth online without others with opposing views being able to input their ideas, there is not a constructive exchange of thoughts. Having dialogue between people who disagree is imperative to progress. One person will never be able to consider every aspect of a conflict or situation from every viewpoint in order to make a fully formed resolution. There needs to be constructive back-and-forth conversation for society to improve.

Social media has become a continuous circle of each side believing themselves to be the correct side and dismissing the opposing side’s stance. It is important to constructively disagree and be able to converse over those disagreements. If everyone thought the same, acted the same and looked the same the world would be a terribly boring place.

As a society, we must use social media less and enjoy the sometimes unpleasant face-to-face conversations more. Social media is not a detriment to society as long as we do not let it become the primary way the majority of us communicate with each other. The Internet was developed to expand knowledge and provide empowerment, but we must not lose track of what brought us those things in the first place and that is our interaction with each other on a personal level.

Critically thinking about what we see on social media and online in general is necessary and will always be. We live in a time where everything can be learned by a few clicks of a button. The only thing we must not forget is that true interaction with each other is essential.

As I noted in part three, social media may make certain people feel more comfortable interacting with their peers as it allows people to build relationships over a period of time. It also allows for controlled interaction, which may be beneficial to people who have trouble with live social interaction. I am not condemning social media or social media users (I am one) and there are good aspects of social media. I argue that social media has the ability to be detrimental if not deeply analyzed by users. We must consider the true value of that type of communication.

Allowing other viewpoints into a conversation is simply allowing oneself to think in a different way. We do not want a divisive and stagnant society in an age in which the ability to obtain knowledge is abundant.