Coming out as a trans woman 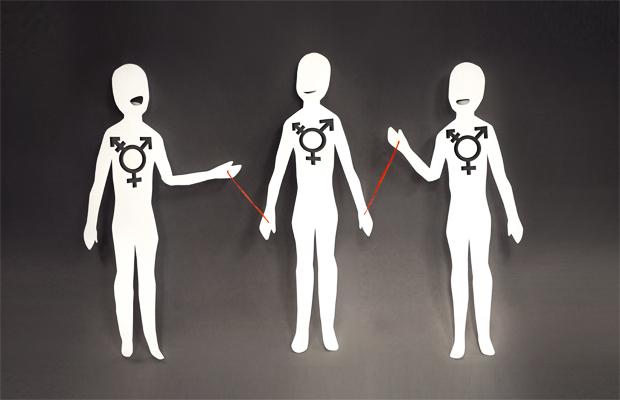 I realized that I’m really a woman just as the spring semester was ending. On top of finals, I had a major change of identity to deal with! It wasn’t exactly the best time for that, but now that the fall semester is here I’ve had time to think about my long journey to discovering I’m transgender.

One of my earliest childhood memories is playing with a friend’s My Little Pony figures. It wasn’t long before I learned that this wasn’t considered normal for a boy. I had to pretend to want the toys that other boys played with to avoid trouble. Not that life was trouble-free; it just would have been much worse if I hadn’t kept my feminine tastes secret.

By eighth grade, I couldn’t totally go against what I really wanted any longer. My first step was an unabashed love of the 1992 anime series “Pretty Soldier Sailor Moon”. I got some pushback, more from my family than my classmates. Aside from “Sailor Moon”, I continued to keep my girly interests hidden.

During the following years, I found that I identified more with women in fiction. I became invested in women’s issues and feminism. I wouldn’t provide a gender when online and felt happy when I was assumed to be a woman by the people interacting with me.

This sounds like I should have figured out that I’m trans some time ago. The reality is that what I thought I knew about trans people was incorrect. I thought that being trans was something I only wanted, not needed, and that it would be an insult to real trans people if I claimed it as an identity. I felt that I didn’t have enough discomfort with a male identity to experience gender dysphoria, a dissatisfaction with your assigned gender. I thought that being trans meant you always had a sense of wrongness until you awakened as trans. I now understand that gender is so much more flexible than that. If you find yourself frequently wishing to be a gender other than what you were assigned at birth, or to be multiple genders or no gender at all, then you probably are what you wish to be. If only I could have had that knowledge earlier; I could have figured everything out much sooner.

What sealed it for me was when an old friend came out as a trans woman to me, and I was inspired to write a short story (currently unpublished) with a trans woman protagonist. I drew upon feelings of discontent from my childhood to understand the protagonist, and my friend thought I captured how gender dysphoria felt quite well. This got me thinking a lot about being trans, but I rejected the notion over and over, even though I wanted to identify as a woman. It got to the point where I felt angry at the idea of having to reveal myself as male if I ever became the professional novelist I dream to be. What made me sit down and accept that I’m trans was when I vented to my parents about my childhood and how that influenced my short story. When I finished explaining how I used my own experiences to create the background for a trans woman character, my mother asked me if I was saying that I’m trans, and I realized I had steered the conversation that way because I wanted her to ask me that.

Everything made more sense to me as I started to accept that I’m really a woman. I was so much happier in those following days, feeling liberated from an oppression that I couldn’t perceive until it was gone. When I told friends of mine, they would respond with how unsurprising they found the news; they all thought it was obvious that I was a woman the whole time. My brother was the same, saying he’d believed I was trans for a while now. My parents are still getting used to it though. I’m still figuring it out as I go along, but having trans friends helps a lot. Trans friends are absolutely the best help you can have, and make the journey so much easier. My discovery won’t be exactly the same as anyone else’s; some will have it easier, and others harder. Either way, I hope this article can offer a little support for those still unsure about who they are.