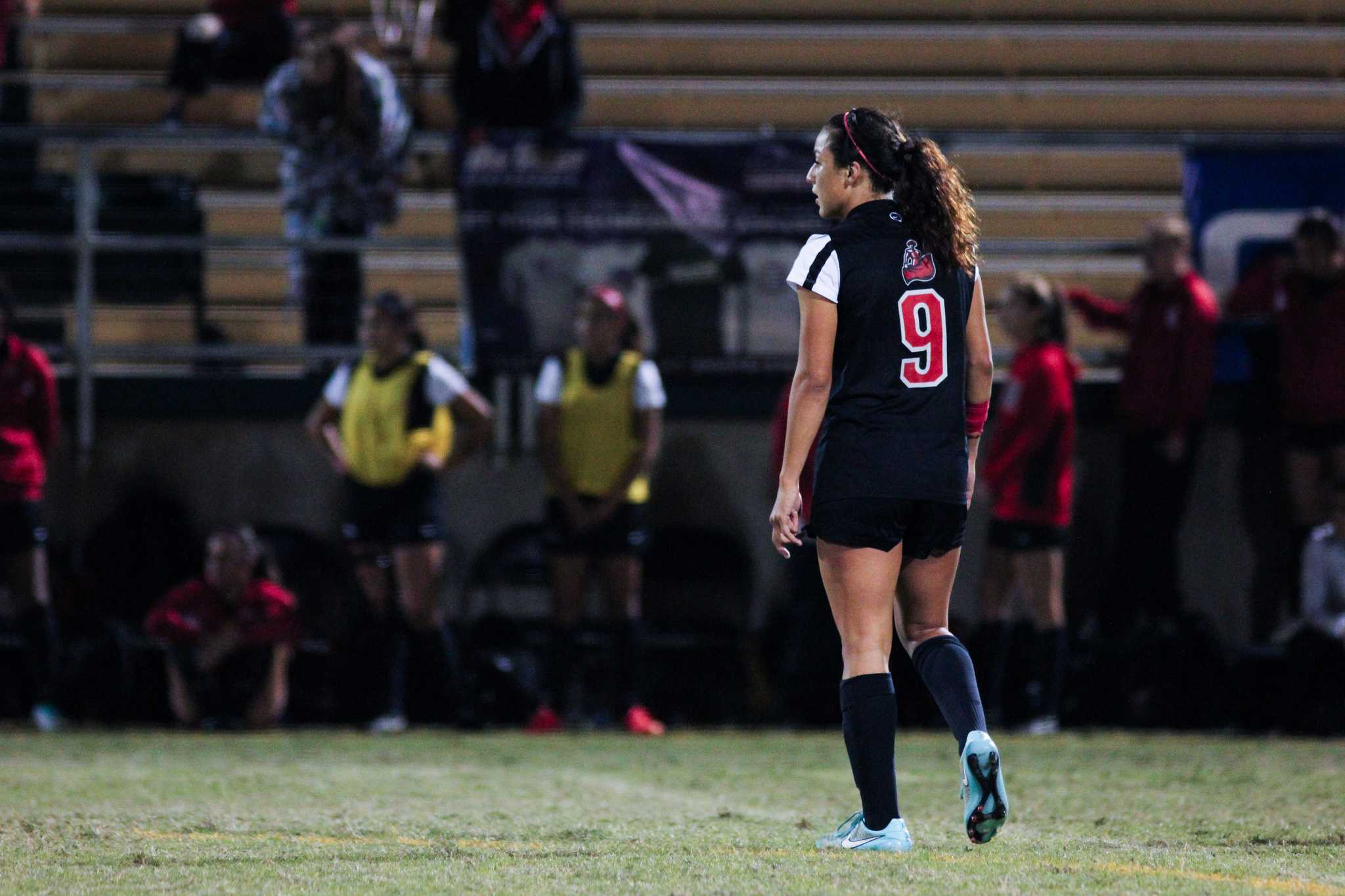 Northridge forward Cynthia Sanchez made sure she wasn’t going to let opportunities slip by her in the second half Thursday night’s game.

After a frustrating offensive first half, she turned the tables and in the 57th minute, she preserved a 1-1 double overtime tie against Fresno State (1-2-1) at home in one of the most physical matches of the season.

Sanchez, who scored on a pair of touches by Sylvia Trinh and Marissa Favela, added her 19th career goal and is now the second all-time leading scorer in CSUN history. She only stands three goals away from tying the all time record and four from becoming the scorer in program history.

“I think once we settled the ball down, we were able to find Sylvia (Trinh) out wide, Amy (Aquino) made a brilliant run near post and I just followed behind her,” Sanchez said. “Amy let it go and just placed it in.”

Both teams fought to score one more goal: in the last 24 minutes of play five yellow cards were handed out.

Fresno State’s Sara Jo Ciapponi was ejected after receiving her second booking in the 104th minute for a hard tackle on Trinh. Destinney Duron and Lindsay Kutscher for CSUN also received yellow cards during the two overtime sessions.

“When it starts to get physical like it, it only comes out of frustration,” CSUN goalkeeper Jovani McCaskill said. “Both sides were definitely frustrated and that comes when you are tied up like that. We could have let that frustration get to us. We should be stronger mentally and physically and play with a little bit more gamesmanship.”

Fresno State struck first in the 15th minute when Myra Delgadillo found Kaitlyn Crooker 14 yards outside the box. Crooker put a shot just out of the reach of McCaskill who appeared to get a glove on it but didn’t have enough reach. The ball deflected off her fingertips and into the back of the net.

“We just need to be a little bit more consistent when we open up games,” coach Keith West said. “We got to execute. It’s a game about execution and Fresno State did a good job and scored a good goal. But we didn’t do our job on defense in that moment but I felt we played overall defensively pretty tough and then our offense started to get going.”

After Crooker’s goal, CSUN controlled the final 25 minutes of the first half. Sanchez and Trinh both fired as part of the Matadors three shots on goal.

By halftime, the Matadors couldn’t take advantage of its solid midfield play and went to halftime empty handed.

The Matadors had multiple opportunities to take the lead but Favela couldn’t convert a penalty kick in the 87th minute and then Sanchez hit the outside post in the 106th minute only for her shot to take a bounce right to Angie Weiner’s feet to preserve the 1-1 tie.

CSUN ended its homestand and hit the road to face 16th ranked Colorado on Saturday. The Matadors do not come back home until Sept. 22 against Grand Canyon State.