How the media and everyday language create gender stereotypes 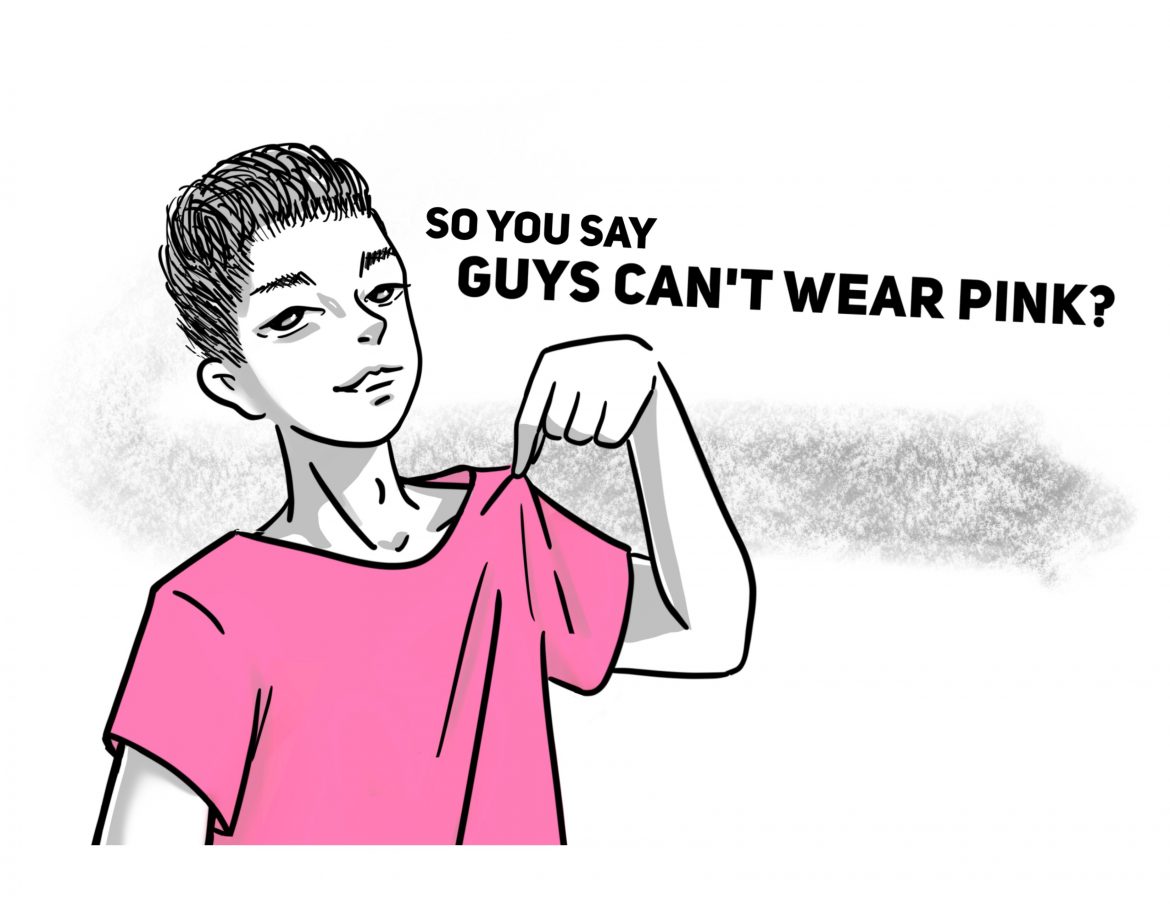 One of the most common gender stereotypes is the association of the color ´pink with femininity. Photo credit: Kiv Bui

In the past few years, the fight for gender equality has been a prominent topic in news and pop culture. Desensitization in one’s everyday language can perpetuate gender stereotypes. Certain terms are used so loosely due to the lack of emotion the messenger may have to the term because of how often that very word has been thrown around.

“Derogatory or stereotypical terms, like bitch, become normalized in everyday life through repetition, so much so, that when a person starts to challenge the use of sexist or racist term or to alter commonly used language, others may see them as too radical, or too sensitive,” gender and women’s studies professor, Dr. Khanum Shaikh said.

Words have also been “assigned” or become gender-based due to characteristics that the term holds. When a man is in a higher position at a job and is giving stern instructions for employees to follow, he is called “a boss”. On the other hand, if a woman were to be in the same to position, she would be called “bossy” without any hesitation.

More often than not, it is found that women are called certain words that carry a negative connotation. Therefore, women are more likely to alter their behavior in order to not be associated with those specific terms that have a negative impact.

“Take for example the common reference to God as ‘He.’ I am Muslim, and in Islam God is neither male or female (has no gender) and yet it is so normalized for even Muslims to refer to God only as He,” Shaikh said. “This reflects the gender biases that embed themselves in our language, and become so normalized that we don’t even think twice about such matters. And it does make a difference to equate power with male-ness. I do believe such normalization is harmful, and that we should work against it.”

Magazines also perpetuate gender stereotypes by placing certain headlines on the front page of a magazine. Men’s magazines have headlines about business, money, working out, grooming and fashionable menswear. Women’s magazines display headlines on how to get the guy, diets, love, meal recipes and body image.The language used to comment or describe men and women, whether it be feminine or masculine terms, can carry derogatory meanings. However, there is a slight divide for men and women.

Rap music and magazines play vital roles in the process. Music videos display women with little clothing revealing cleavage, also known as “video vixens,” while the music of the male rappers’ playing in the background carries suggestive language about women making them less than. This triggers “slut shaming” without actually comprehending what they are actually saying or doing.

Stephanie Tarr, third year media management major, said she believes if vicious words are said from a woman’s mouth as terms of endearment, the words don’t hold the same malicious intent, which is the mentality that Tarr said has normalized their use.

“What has influenced me to use terms like ‘bitch’ to refer to my friend is the idea that maybe I’ll undermine the men who choose to use the terms in a derogatory way,” Tarr said. “For me bitch just means ‘my girl,’ but this is because I am just as normalized as the rest of the world. Derogatory terms should not have become normalized by men. However, now that women are taking ownership of their own terms and reinventing what it means to be a woman, I see a better future.”