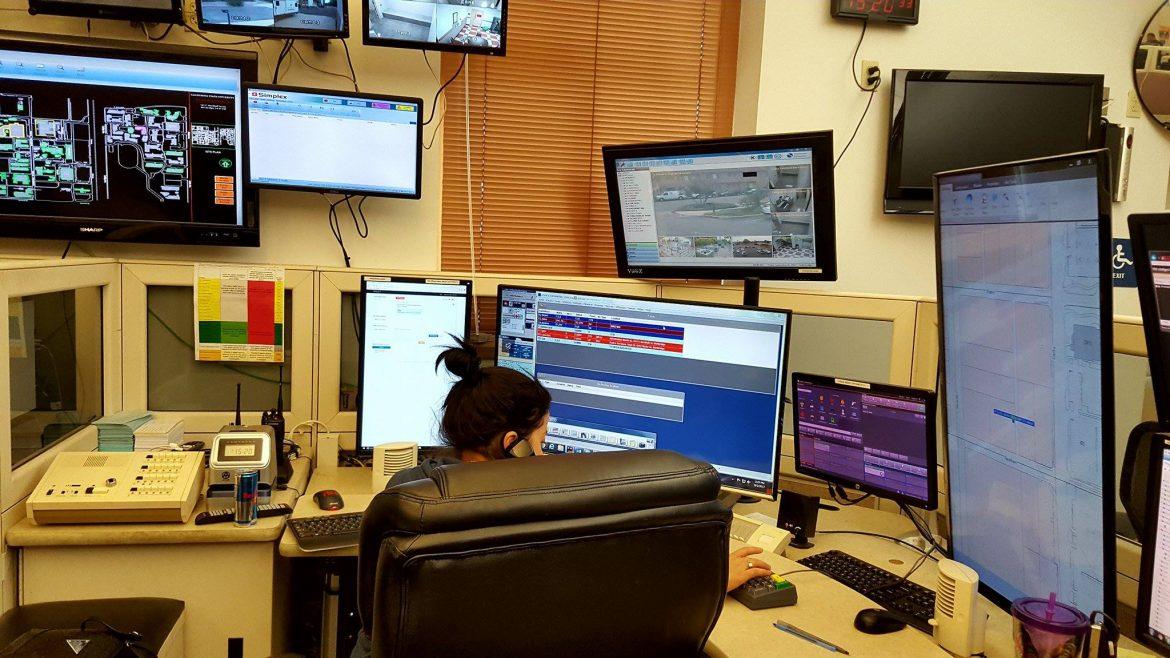 IT room in CSUN PD headquarters where all text to 911 sent on campus are routed Photo credit: Makenna Sievertson

CSUN Department of Police Services has officially launched a text to 911 system, which allows students to contact police on campus in an emergency when a phone call would be dangerous or impossible.

The upgrade was first announced last fall, but it took a year to prepare the system for a full launch. A soft opening and testing period was put in motion in August with the anticipation of the new semester. Although the program is still in its early stages, campus police are confident in their ability to respond effectively.

“It’s a good solid system, it’s just this programming that they’re still kind of playing with to make sure the integrity of the call goes to the right location,” said captain Scott VanScoy.

The idea for a text to 911 feature began in 2002 with a collaborative effort between Police Chief Anne Glavin and the campus chapter of the National Center on Deafness. Deaf and hard of hearing students and faculty had limited options for reaching emergency services and sought to form a viable solution.

TTY call boxes with a keyboard were installed on campus in 2005, but only in four locations. This posed a clear problem for CSUN’s large deaf and hard of hearing community.

“Most deaf people have not touched a TTY for the last 10 years,” said Flavia Fleischer, Department Chair of Deaf Studies. “If an emergency arose while I was teaching a class, I’d have to try to make a call via my video relay phone app or depend on a student.”

Similar text based 911 programs have been tested, but the available technology was not fast or accurate enough.

“We tried email, we tried all kinds of different methods but it’s that delay,” VanScoy said. “And this is supposed to be an emergency? Sometimes the delay was happening ten to fifteen minutes, and by that time it was too late.”

Now, with cell phones and cell towers commonplace, setting up a geofence perimeter that would allow them to adequately route 911 texts and calls didn’t seem so impossible.

“It’s all been a focus for many many years and it’s been exciting to actually finally see that and perform a service our department can offer,” VanScoy said.

The geofence covers 911 texts sent between Devonshire Street and Nordhoff Street as well as Reseda Boulevard and Zelzah Avenue. If a 911 text is sent outside of that range, the user will receive a message notifying them they need to make a voice call. The more information included in the text, the quicker campus police will be able to respond.

“I feel better that I will have the ability to text 911 in an emergency as it provides me with a certain autonomy that I did not have before,” Fleischer said. “It will allow me to act when needed.”