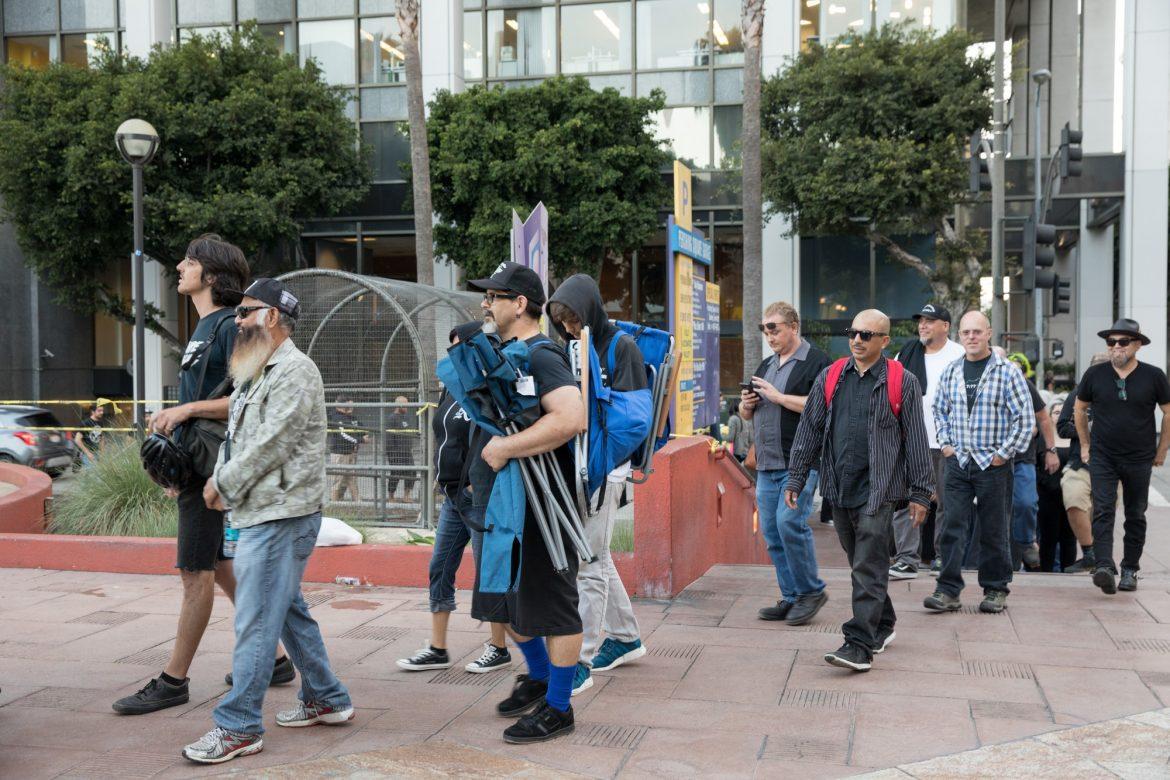 On Aug. 12, Summer Concert Series in Pershing Square came under scrutiny for its ban on “professional” cameras, when security denied access to a photojournalist from Los Angeles City College.

Cliff Cheng went to cover a performance by the B-52s for his school newspaper, “The Collegian”, when security told him they do not allow professional cameras or the media into the concert. Cheng believes it is his First Amendment right to take photographs in public.

“This is a public park. The fact that the city has a contractual agreement with a private corporation, the band, does not change the fact [that it is a public park,]” Cheng said.

Cheng then contacted the American Civil Liberties Union (ACLU) who filed a lawsuit and wrote a letter to the Los Angeles Department of Recreation and Parks (LADRP) arguing against the constitutionality of the ban. The letter, obtained by Petapixel, requests there be no restrictions on photography during the Summer Concert Series at any time.

“Because Pershing Square is a public forum, any restrictions on First Amendment activities there must be content-neutral, reasonable time, place, and manner restrictions,” the letter states. “I request that these policies be modified to comport with the United States Constitution.”

Rose Watson, public information director for LADRP, did not respond to multiple requests for comment. Watson told the “Los Angeles Times” that the band requested no flash photography and that the ban has been in place for nine years.

Watson also said that tripods are not allowed because they take up too much space in a crowded environment. The official city website for the Downtown Stage series states, “the concert audience is welcome to bring lawn chairs, or blankets to relax with family and friends.”

Elizabeth Blakey, an assistant professor of Journalism at CSUN who teaches media law, said there is no absolute right to be in a public park at any time and do anything you want.

“There can be what is called ‘time, place and manner restrictions’, but those have to be not based on the content of what the speaker or publisher is trying to do,” Blakey said. “In this case they are discriminating against the journalist, as opposed to members of the public”

The definition of a professional camera is not clear. The city changed the ban to cameras with interchangeable lenses (primarily DSLRs) for Aug. 19 when “X” performed. Cheng was again denied access to enter this concert with his camera which has the ability to change lenses.

Blakey said the distinction of allowing cellphones and smaller cameras but not professional cameras is a “critical distinction. To exclude journalists from taking pictures and to allow other people to take pictures is actually a discrimination against journalists, so [it is] not constitutional.”

Cheng said the ban is not about the size of a camera and how big the crowd is, but copyright law. “What the bands want is to prevent copyright infringement. This is understandable, very understandable.”

You cannot copyright a performance that has not happened yet, according to Blakey. Journalists are also protected by fair use which allows copyrighted material to be used in brief excerpts for teaching purposes, research, criticism and the press.

“The city cannot contract away our liberties with these artist contracts, but even if they tried to do that it is still fair use,” Blakey said. “The fair use statute specifically says it is written in federal law for the purpose of news reporting.”

If the concert was held in a private venue, like Staples Center, then the First Amendment would not apply, according to Blakey.

“I have been on assignment here covering mostly political events,” Cheng said. “Pershing Square is often the site of political activities and is most notably the site of the three-quarter of a million-person protest, the Women’s March in January of this year.”

Los Angeles officials are writing a new policy and the ACLU has dismissed the case without prejudice. The ACLU will reopen the case if they do not like the new policy, according to Cheng. Based on the letter the ACLU wrote to the city that would require any restriction on photography at the Summer Concert Series in Pershing to be lifted.

Blakey said her first reaction to reading about the case was that it is an indication of the repressive cycle journalists have been in over the past roughly 15 years.

“Civil liberties goes in waves where we get more or less liberty against government power and we are definitely in a repressive cycle,” Blakey said. “At first, I thought well that is just a canary in the coal mine. It’s not the worst of the repressive cycle but it is something.”