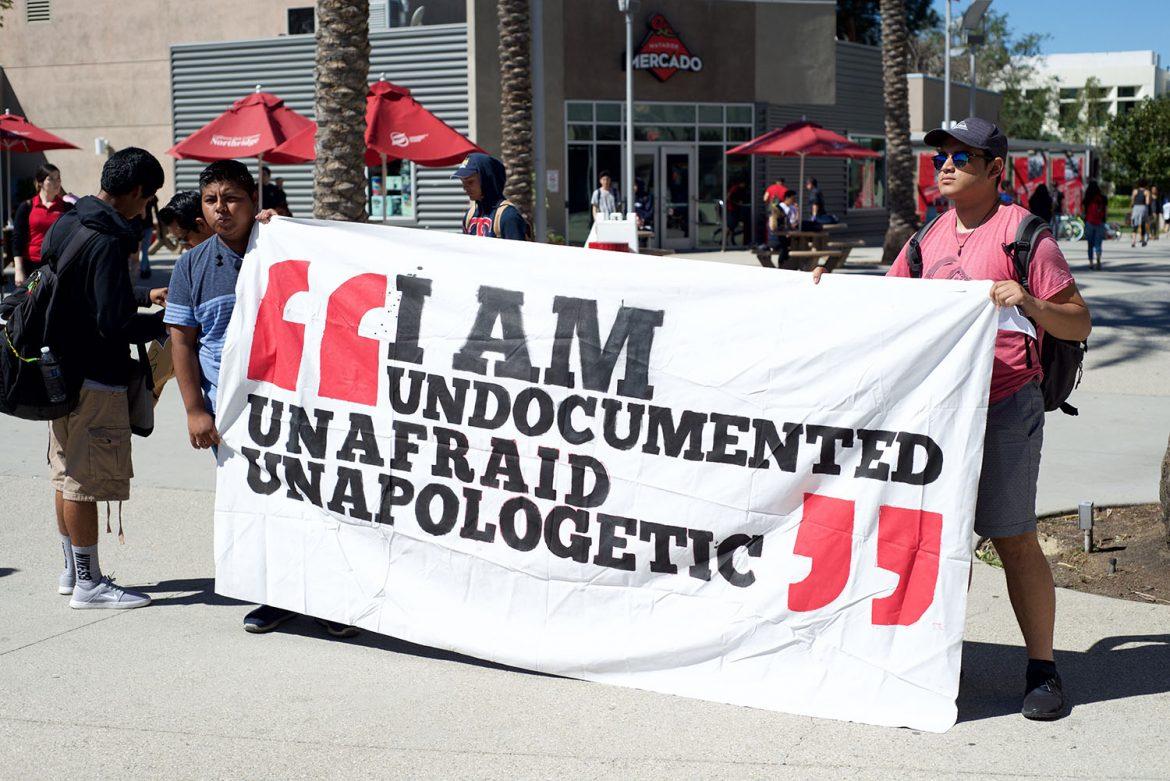 Daniel Martinez on the left holding the banner and his peer making their voices heard through protest Photo credit: Alejandro Aranda

President Trump announced Tuesday that he will gradually end Deferred Action for Childhood Arrivals (DACA), the executive order signed by Barack Obama in 2012 that allows undocumented immigrants who arrived in the U.S. illegally as children to obtain work permits.

Attorney General Jeff Sessions sent a letter to homeland security today notifying them that DACA would be phased out within the next six months. Trump has left it up to congress to decide whether or not to move forward with this factor of immigration reform. Congress has the option to introduce new legislation or to abandon it altogether.

CSU chancellor Timothy P. White released a statement this morning condemning Trump’s decision. White clarified that the CSUN’S enrollment and admission practices are not based on or impacted by the ending of DACA, and that state funding for the DREAM act will not be affected either.

However, White noted that if congress does not pass legislation protecting the rights of workers currently covered by DACA, CSU will have no option but to end the employment of those who are undocumented.

Many students who are able to work through the program will be affected by the decision to end it. Without a work permit, their ability to afford tuition and fees may be reasonably impacted by a potential loss of income.

18-year-old engineering major, Fany Reyes, is a student protected by DACA. Reyes said she came to the U.S. when she was eight months old and expressed disappointment in the decision.

“I am very upset by this decision,” Reyes said. “I am still hopeful but little by little I am losing hope on what will happen in the next six months with congress. With DACA being removed it will be painful and I won’t be able to go to college because I can’t afford it. It’s just stressing and upsetting.”

“Please take into consideration that we are innocent,” Reyes said. “The decision wasn’t ours to come to the United States, it was our parents. So we shouldn’t be penalized or punished for decisions that we didn’t make.”

In a statement, CSUN President Dianne F. Harrison said that she and other CSU leaders were working with state legislators to find a solution that would protect undocumented students and workers.

Harrison mentioned that the newly-established CSUN Student Support Clinic, located on the third floor of the Oviatt library, offers legal services that will be particularly able to provide students with information on immigration rights.

The CSUN DREAM Center has been another leading resource for undocumented students. The DREAM Center offers students immigration resources, policy literacy, as well as legal referrals.

Associated Students (AS) President, Jonathan Goldenberg, penned an open letter to President Trump on behalf of AS showing support for CSUN’S undocumented students and staff.

On Thursday at 2 p.m. in the AS Leadership Office, AS will host a phone banking and letter writing campaign, urging community members to reach out to their local legislators and urge them to take action to protect those who receive DACA work permits. 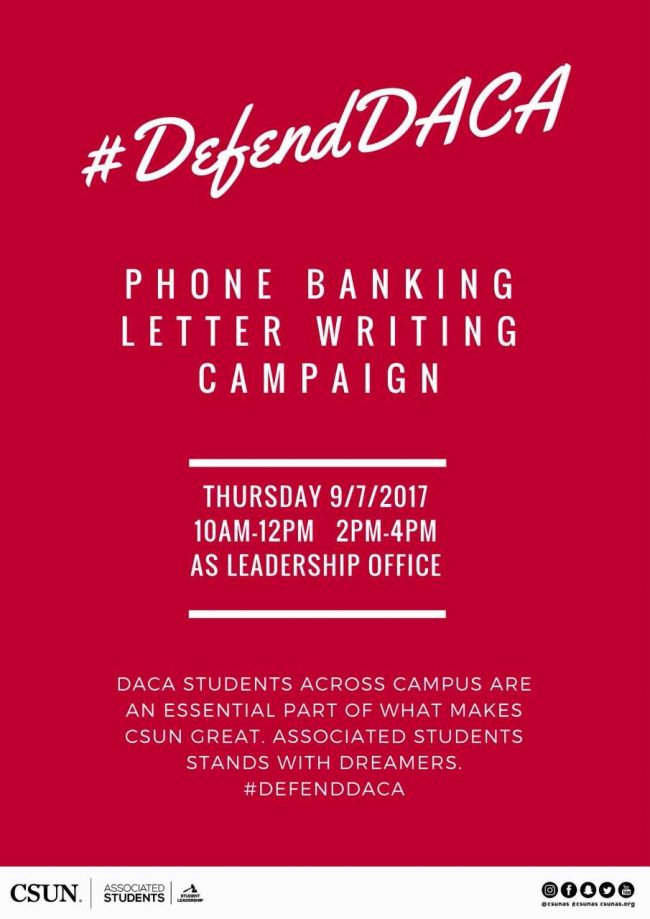 While there have not been protests on campus yet regarding President Trump’s decision, many of the campus protests that occurred last November after Trump’s election were directly in response to threats made by President Trump to crack down on immigration.

Additional reporting was done by Ethan Hanson and Agustin Garcia