Institute for Sustainability brings new and existing resources to light 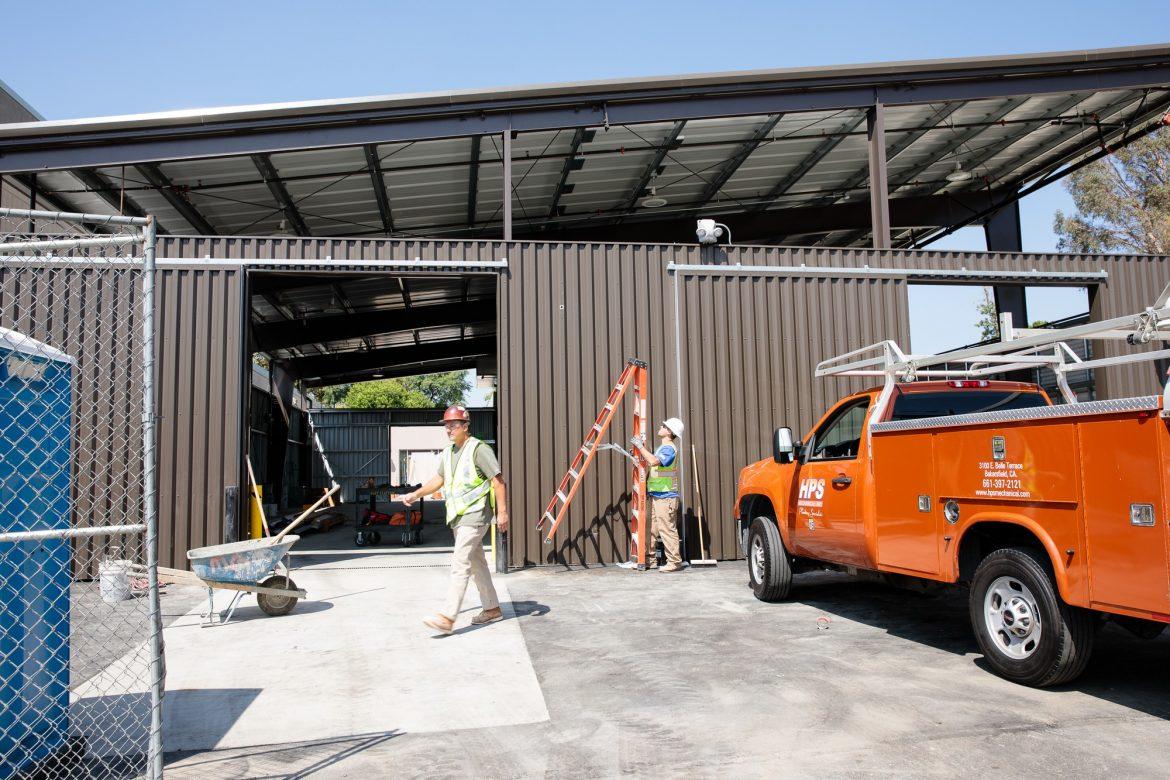 Construction is in progress at the Sustainability Center which may have a grand opening as soon as late October. Photo credit: Max Sullivan

The new center, which will be located north of the University Student Union’s Plaza del Sol, is scheduled for completion by late September.

The institute will be approximately 9,000 to 10,000 square feet and will have sustainability features such as compost toilets, water efficient resources, a courtyard for recycling and much more. The building will be eco-friendly, relying on glass windows to stay insulated.

According to AS Sustainability and Recycling Services Student Outreach lead, Basille Jimenez, the Institute of Sustainability and ASSRS will both be housed there. While no events have been officially set and are still being planned, late October is being considered for a grand opening of the center.

“On the grand opening, students will be able to walk through [the building] and see how it looks like,” Jimenez said. “There’s going to be a little ceremony and people will have the opportunity to walk around it like a little open house. Other sustainability members from other campuses will also be there.”

Another event that will be hosted by the Institute of Sustainability is the annual Sustainability Day, which is planned for Oct. 25. According to Johnson, the theme this year will be sustainable food.

“We’re going to have different talks and things related to that,” Johnson said. “It’s an event we encourage students to attend, to learn more about different sustainability related issues and also to get involved and bring attention to the food garden.”

The food garden is located on the North East side of the CSUN campus between the baseball and softball fields. The garden relies on volunteers, according to Johnson, and the construction of the institute is expected to bring more attention and visibility to sustainability on campus.

“I’m interested in getting involved,” said psychology major Ridwan Hakim. “I just learned about this recently but I think it’s interesting to get involved with the food garden and learn from it.”