A Day of Acknowledgement 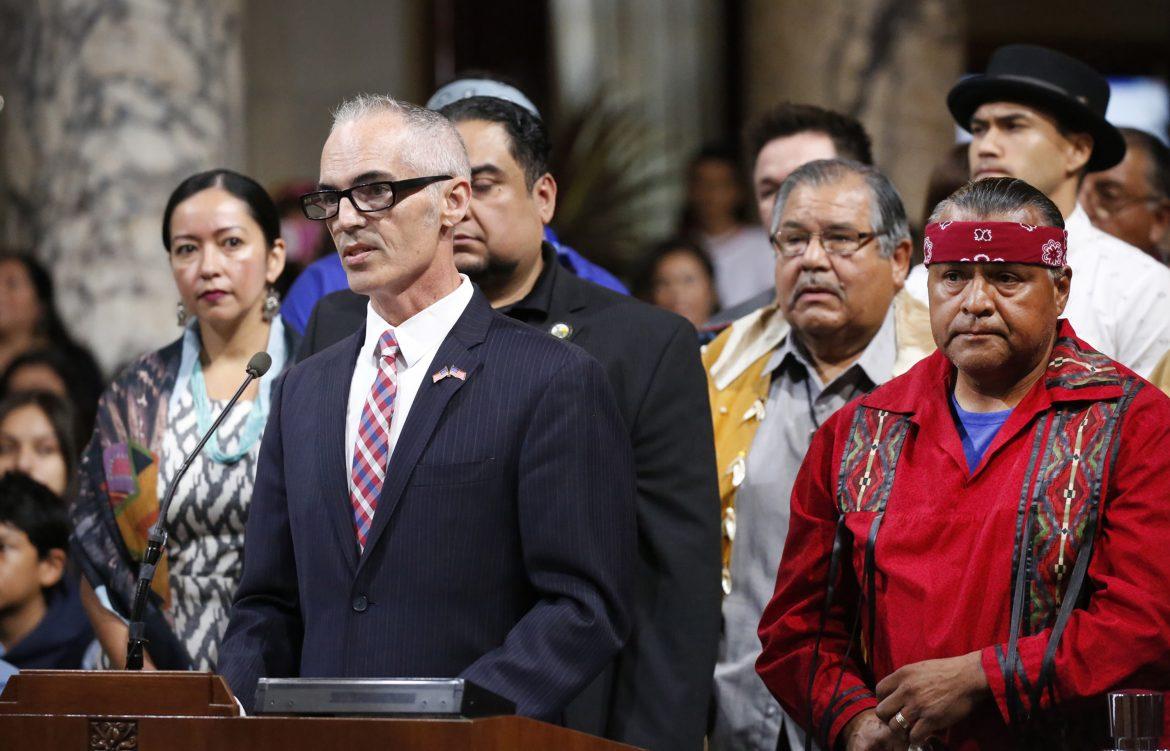 LA city council made history this past week by voting to replace Columbus Day for Indigenous People’s Day to show honor to Native American genocide in the city and all over the country.

Although this day isn’t declared statewide, Los Angeles is the first city to honor this monumental day in So. Cal, which will be taking place annually on October 9th.

“It’s really exciting because they were making us praise our oppression. So for LA to be brave and stand up…it moves us one step closer,” Freebird said.

Columbus day has been a national holiday in the U.S. since 1937 but for Native Americans it’s another reminder of pain and persecution.

“It sucks we had to wait this long but its change, and we have to start somewhere,” Freebird said.

Freebird is a third-year student from the Ojibwe tribe and holds her native pride close to heart.

“When our ancestors fought for us, they thought of six generations after them… By having a voice, I can feel like I’m helping my people,” she said.

Freebird says she wants not only LA but for everyone to recognize the injustices of the native community and for other people of color to stand together with them as allies.

Although California has the highest Native American population, Freebird says they are still underrepresented in this country and at the school.

CSUN has a dynamic American Indian Studies program in which Freebird says she is very proud of but wishes that more people would be a part of.

“AISA is a small demographic, a lot of people don’t even know we are here or that we have a voice,” Freebird said.

According to Freebird, only 1-2 percent of CSUN students graduate from the program due to the low population of Indigenous students.

Freebird hopes that Indigenous Day being declared as a holiday, more states with follow their lead and recognize the oppression of Native Americans everywhere.

When asked what their ancestors would say about the new declared holiday, Freebird became emotional and stated:

“I feel like they would be appreciative and they would still be fighting,” Freebird said. ‘Just for them to see this would be so positive. They were assimilated. I know who I am because of them.”

As the first to go to college in her family, Freebird feels great that she can do something for her ancestors.

CSUN student, Johnny Belmontez is also happy about the acknowledgment that the city is implementing.

“I feel like it’s a victory for the Native community,” Belmontez said. “Not just this community but for all people of color in general because it lets us know that the American government is willing to reprimand what happened in the past and not only give us our rights back but our voice and identity as well.”

Belmontez says that LA could start making more efforts in supporting the indigenous people by removing the Columbus Statue because of the genocide that it represents.

As for the campus, he has even bigger plans.

“CSUN in general gives us an identity,” Belmontez said. “But I think what we can do is have the AISA, Asian Americans, the Chicanos, and the Black house have us come together and let everyone know we have each others back.”

“Our people were killed off, and with Indigenous day, we’re bringing them to life,” Freebird concluded.