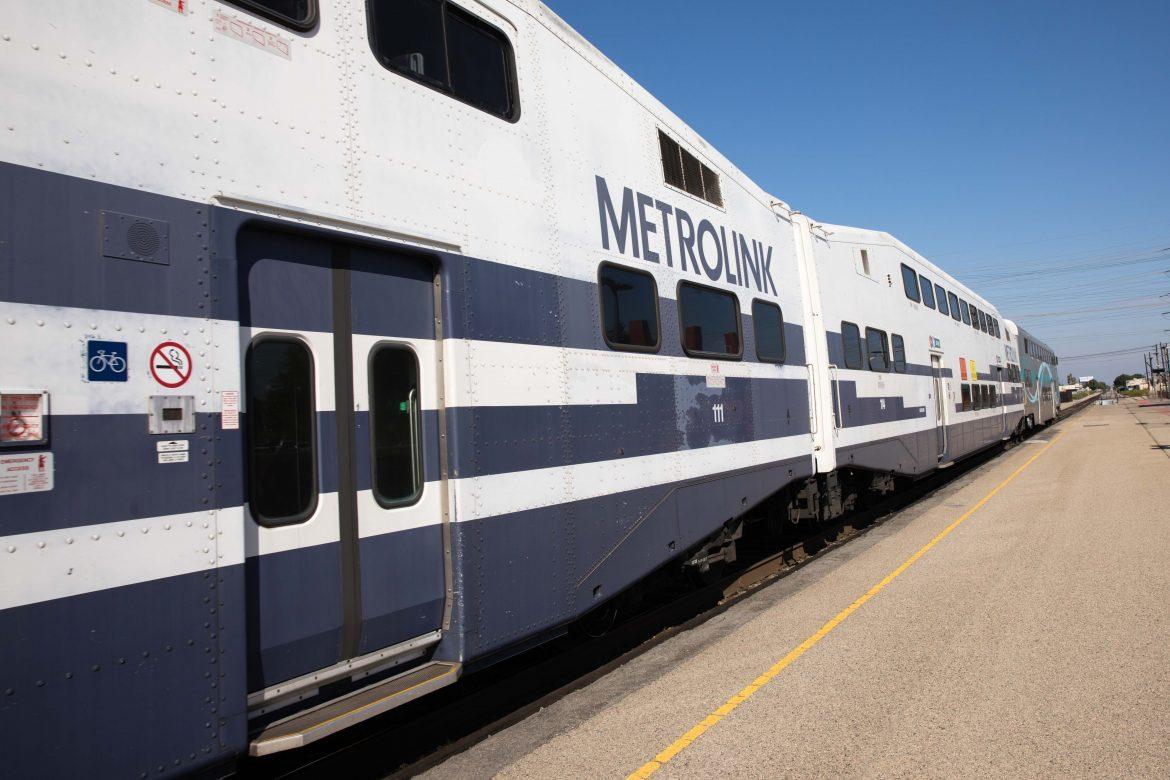 Some students and staff from local southern California cities commute to CSUN by Metrolink to avoid car traffic, while others have no choice.

The Northridge Metrolink station located between Wilbur and Parthenia is where students transfer from the train to campus via the CSUN Shuttle. The CSUN shuttle is free for students and staff. The shuttle drops passengers off and on campus from 7 a.m. to 9 a.m., then takes them back to the Metrolink from 2 p.m. to 5:15 p.m.

One student from CSUN commutes to campus on the train because he does not have reliable transportation and he wants to avoid traffic.

“I have a friend but I can’t rely on [him]. I would ask my parents, but they would be late for work,” said public health major, Marvin Marasigan. “I commute from Los Angeles but use the Glendale station.”

Marasigan spends a lot of money on transportation services when he could probably use the money for different things.

Marvin also uses the CSUN shuttle but said it needs to be upgraded because it is too hot during the summer. Programmer/Analyst for Institutional Research, Jeffrey Chambers works in the Academic Affairs department; he also has a journey getting to campus.

“I commute from Downtown Los Angeles,” said Chambers, who has worked at CSUN for eight years. “I am overall satisfied with Metrolink because taking the train saves me from having to fight traffic driving to work.”

If the train ever cancelled on Chambers in the morning he said he would just drive to work. He continued, “The bus transfers take longer than the commute on Metrolink. If the train is cancelled in the afternoon I have to take the 744 bus on campus to the Orange Line to the Red Line in North Hollywood.”

Chambers said he likes the CSUN shuttle. “I think it is a great resource because the shuttle drops me off right on campus. As opposed to taking the LA DOT bus that also stops at the Northridge station and drops me off at the corner of Nordhoff and Reseda.”

“We are constantly looking at how to best serve our students.” As an example, Yu said, “If there is enough ridership shown in the data for the 10:10 train then we will take a focused look at increasing shuttle services.”

Yu is the CSUN transportation and parking manager, and explained the difference between the Metro U-pass and Metrolink and how Metrolink could possibly help with costs.

CSUN students can get Metro U-passes and for a discounted price they can get on any of Metro’s bus or rail lines. “To clarify,” Yu said, “Metro and Metrolink are two different agencies. If Metrolink were to offer a discounted pass to students, CSUN would definitely be interested.”

The Metro U-pass is sold for $95 per semester and Marvin Marasigan said, “I wouldn’t mind paying at a discount that will go from $173 to $150. I want a Metro-U pass for Metrolink.”