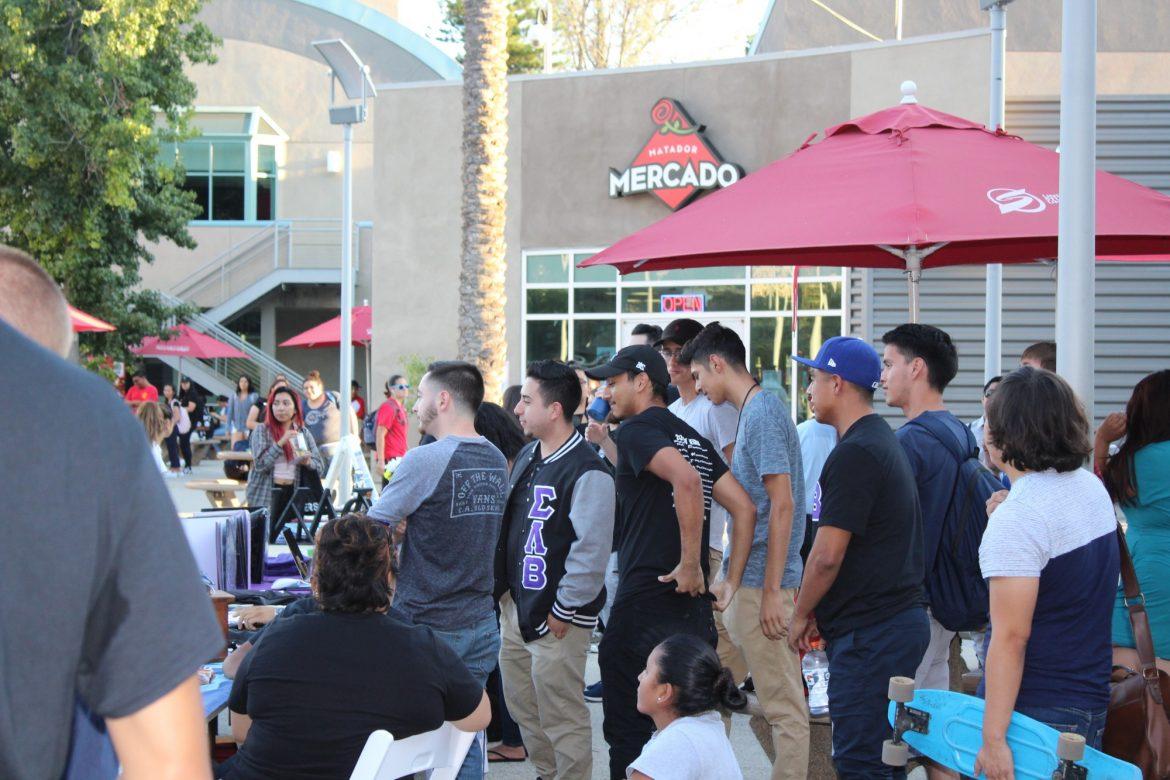 About 35 multicultural organizations participated in Greek Welcome Week, and because of members’ similar backgrounds and life experiences, CSUN’s multicultural sororities and fraternities may help students navigate their way through the university together.

Finding a family in fraternities and sororities may be hard for some students at first. Deaf Studies major, Tanayah Brown hopes to join a multicultural sorority soon because she is a part of the African American (Black) community.

Most members of multicultural frats and sororities feel like they are family because they are smaller than Greek orgs in the InterFraternity Council (IFC) and Panhellenic Council (PHC) of CSUN.

The sophomore wrote her name down for more information about the sorority she wants to be in but said, “it does not seem like they want people to join.”

“You have to go up to them to inquire about it, versus them reaching out to you,” Brown said.

CSUN has more than 50 sororities and fraternities active on campus, and just three years ago pledging and recruitment was banned, due to hazing.

“I know there are a lot of stereotypes about sororities and it’s absolutely nothing like that,” said Mendoza. “We don’t want to pressure anyone in joining a sorority or organization, so if they’re interested then we tell them a little bit about our history, what we stand for, and then we invite them to all our events… so they get to know us on a personal level.”

“[The Yard Showcase] is really good for us [multicultural Greek orgs] all to get together and become one and work together to bring Greek life to CSUN and make it bigger,” Meyers-Farmer said.

According to Johnny Belmontez of Lambda Theta Phi Latin Fraternity, Incorporated, maintaining members is not easy.

“We’ve been here since Spring of 2012 and we almost died out a bit, but we’re doing better,” Belmontez said. “It’s a little easier getting recruitment because we have more members.”

The 35 multicultural greek organizations at the Greek Takeover and Yard Showcase are from the National Pan-Hellenic Council (NPHC), United Sorority & Fraternity Council (USFC), and the Independent Greek Council (IGC).

Activities coordinator of Fraternity & Sorority Life, Vanessa Bustamante, joined a sorority during her undergrad career and said it is important for multicultural Greek organizations to be seen and heard because they are underrepresented.

ANK member, Anaya Galves said the Yard Showcase is a start to bring the Greek life of CSUN together.

“There is a lot of division and it should not be like that because at the end of the day we’re all Greek life, we’re all basically siblings, even if we don’t want to admit it sometimes,” Galves said.

As fraternities and sororities ended the night on Thursday with traditional salutes and dance routines, Belmontez led his brothers in their chapter salute, which makes him feel powerful. He and his brothers chanted the things they stand for, which are: “Scholarship, culture, leadership, and brotherhood.”

“We are separate from [non-cultural Greek organizations] because our traditions and our values are a lot different,” Belmontez said. “It’s not that we don’t associate with them it’s just that we take a step back because our organizations have different interests.”