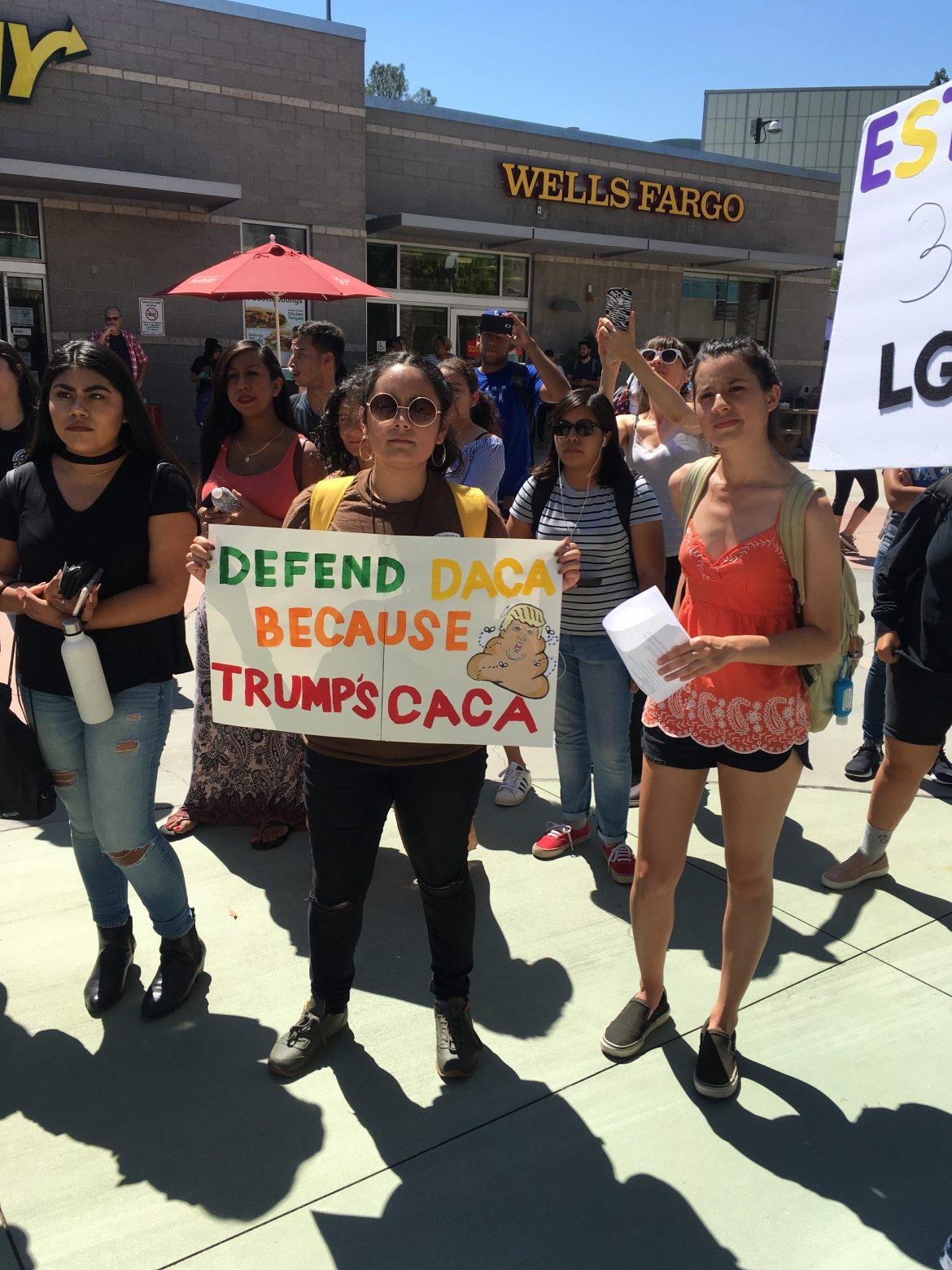 Students and protestors joined together on campus to voice their opposition of President Donald Trump’s decision to rescind the DACA program.

“To put it simply we wanted to unite to activate the rebirth and demand of immigrants and LGBTQ justice. That is why it was called beyond DACA rally” said grad student Ronnie Veliz. “Many community members around campus continue to become traumatized because of President Trumps policy.”

Since Trump’s election, there has been widespread angst about the future of undocumented and immigrant students. Now that Trump has ended DACA, many of those fears have materialized.

Students took to campus on Tuesday to protest this result that many have feared would happen since Trump was elected.

The protest began at 12 p.m. in front of Bayramian Hall, gained traction outside of the Oviatt Library and continued to grow as the marchers worked their way down Matador Walk towards the pride center.

At one point protesters began chanting, “No Trump, no KKK, no fascist USA” in unison.

“I want people to feel empowered to take space on campus for advocacy, justice and liberation,” Viela said. “Beyond our laptops, beyond our major and to give everybody a better future particularly for those who feel marginalized by President Trump’s policies. ”

The protest was organized by members and supporters from the Somos Familia Valle and CSUN Queer Collective. Both organizations advocate for LGBTQ+ and immigrant rights.

Although the protest was fueled by Trump’s recent DACA decision, the protest ended at the Pride Center, where they demanded multiple resignations due to alleged unequal hiring opportunities.

However, not everyone agreed with the protests and some believe protesters were out of line.

“I have family members affected by DACA and I feel for them, but they took it a step too far,” said criminology major Ashton Madrid. “The [Pride] Center feels like home for me but asking someone to resign is too far.”

This story will be updated with more information as coverage continues.