Lessons to be learned from MacArthur Park 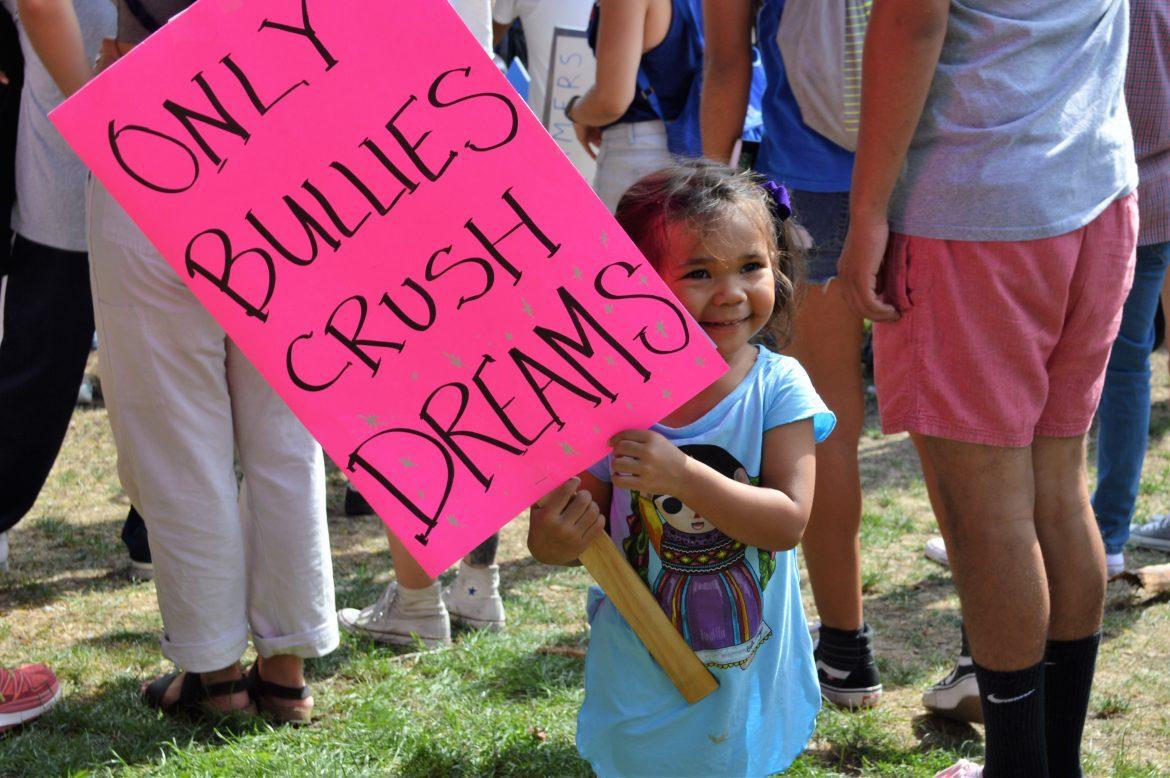 MacArthur Park in downtown Los Angeles was the landmark spot for protests on Sunday afternoon. Thousands of people walked the streets to support the estimated 800,000 students who have been affected by Donald Trump’s orders to put DACA in the hands of Congress.

But there wasn’t just one rally on that late afternoon, but two. One pro-DACA and the other consisting of a few dozen people who came to oppose the march. To paint the anti-DACA protesters all in one color would be unfair; they have the right to a voice. But just because one has a voice, does not mean others have to listen. The expertise that the organizers worked with wasn’t just felt, but was made more clear by simply taking a right turn.

Instead of confronting the few dozen anti-DACA protestors, their words simply turned into meaningless noise. The actions taken by the leading members of the Pro-DACA march were symbolic of what progressives and Dreamers should do when facing the ignorance and hatred.

Instead of confronting people like conservative pundits or the randoms trolls one might deal with on social media, sometimes the best option is to simply let someone have their say and move on. Ignoring people can be hard and the solution is not simply a matter of blocking someone on Facebook or muting a conversation on Twitter. When confronting those who have bully pulpits and tactics, the first initial reaction is to feel angry.

Anger is what people in groups like the White Lives Matter movement prey upon. Like a bully in the playground, they use threatening and caustic actions to incite a reaction to mask their own insecurity. Instead, head east toward Sunset Blvd and continue to live your life. There is no point in arguing with a person who has no investment in your self-interest to begin with.

Educating someone who is blind to the truth is not worth the price of administration if that person refuses to be open to seeing a different view. It’s like the saying “It is better to be thought a fool, than to speak and remove all doubt.” It is time to let false commentary fall on deaf ears and start giving our attention to the people who are most deserving of it.

To paint all conservatives the same color would be the same as painting all liberals the same color. There is variation between each individual case. On both sides there are good and bad people. And then there are people who simply grab the attention because they can.

LaVar Ball is a prime example of someone who should have no attention at all. He averaged less than three points a game at Washington State, but has garnished it because of the outlandish and controversial comments he has made. Yet mainstream media crave a figure like him in the same way viewers gravitated toward Donald Trump during his rise toward his current presidency.

Viewers like characters who have polarizing and charismatic personalities. It doesn’t matter that Trump went bankrupt on multiple occasions and ratings have shown it doesn’t matter if a regular person off the street could beat Ball in a game of one-on-one. Yet the media hang to these men like fishes on a hook. The one thing that Ball, Trump and the average troll have in common is they all trigger an emotional response. Either someone buys into whatever outlandish comment Trump is making on Twitter, what the Big Baller Brand is selling or hooks into disbelief or negative feelings. In either case, you have been caught.

Here’s a different tactic: start directing our attention to those who have actually earned the spotlight. Ever heard of the 29-year-old Houston resident, Oscar Hernandez? Probably not, but Hernandez helped set up phone hotlines and organized volunteers in the wake of Hurricane Harvey.

Cleveland Browns tight end Seth DeValve is 25 years old and joined his African-American teammates by kneeling during the National Anthem of a football game. The minute he knelt did not make him a hero, but he did do something for the people watching in the state of Ohio. It allowed fans the option to critically think.

Critical thinking has become a lost quality in our culture. How else does one explain a man getting elected who has now put a cliffhanger on the future of thousands of students? There are lessons to be learned by the protesters in Los Angeles. Uniting defiantly to have a voice while squashing the opposition by simply turning the other cheek and giving the microphone to those voices that have the most meaning.

Now as viewers, consumers and journalists it’s time for all of us to do the same.