Trump supporters met with opposition by students before freshman convocation 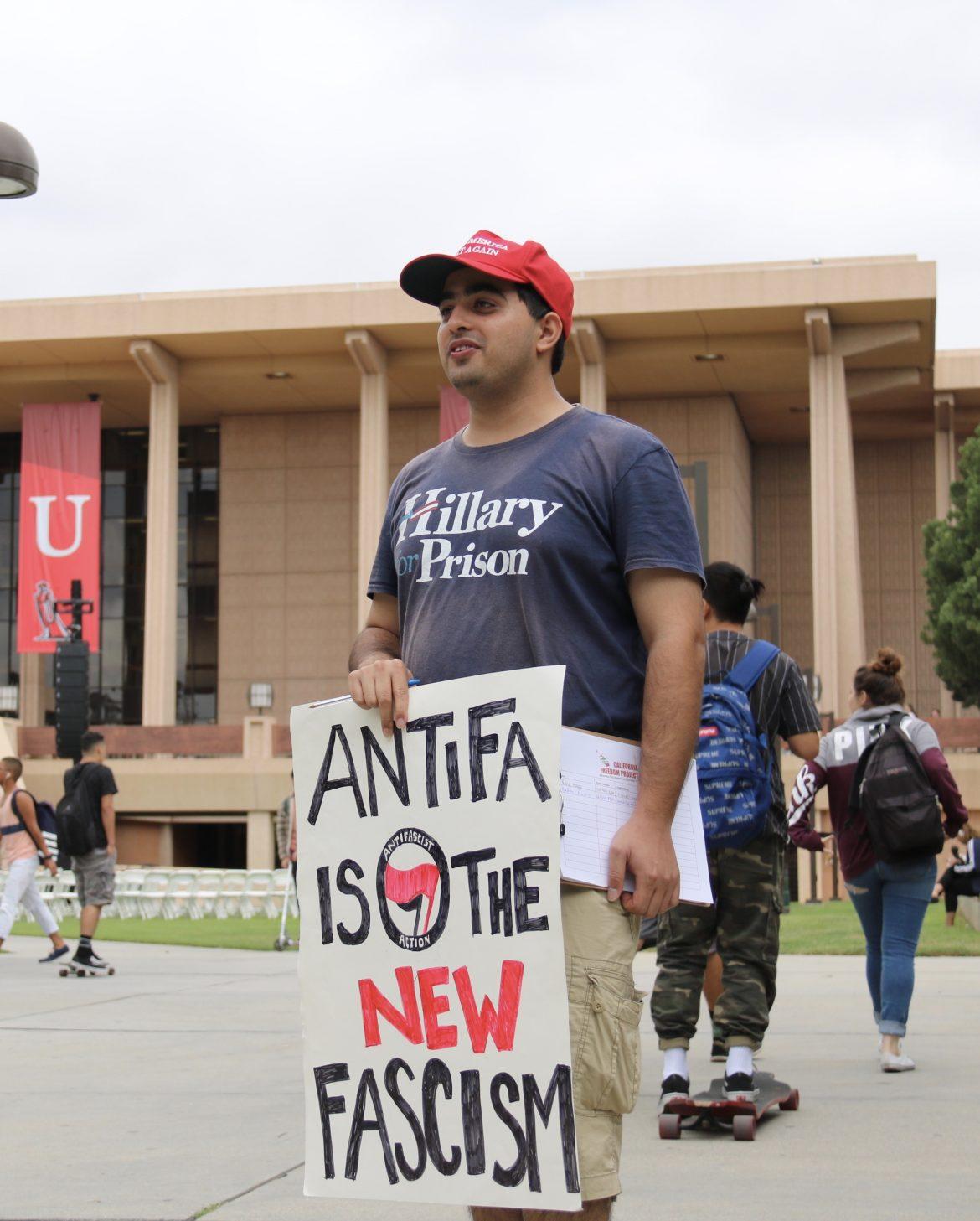 Two men wearing “Make America Great Again” hats had to be escorted away from the Oviatt Lawn by campus police Thursday after a confrontation with a group of over 50 students.

What began with a few people disagreeing with them, eventually led into a huge shouting match. Rene Novoa, one of the men tabling, said that people initially approached them to discuss ideas, then as more opposers began noticing their presence, things eventually turned loud and potentially dangerous. That is when Novoa called campus police.

Novoa and his associate Deepak Sahni (Founder of California Freedom Project) had their table set up with with pamphlets, posters and information to give to students for three hours before any commotion took place.

“It got pretty bad,” said Linguistics Major Tai Armstrong. “There was nothing but shouting and no one wanted to hear each other out.”

Armstrong said that the opposing group were primarily upset at the two men for their apparent support for President Donald Trump. Both men sported “Make America Great Again” hats, and one of them wore a t-shirt that read “Hillary Prison.”

But according to Novoa, they were not there to protest, but rather were there to sign students up to receive information about their organization and to spread awareness about free speech on college campuses.

Novoa said that they were offering students a counter-argument to what he thought Newsome represented. “We are not speaking against her,” Novoa said. “But if they are going to have someone as radical as her then there should also be someone on the right [wing] to speak to new freshman as well.”

No one was injured or arrested or during the encounter.