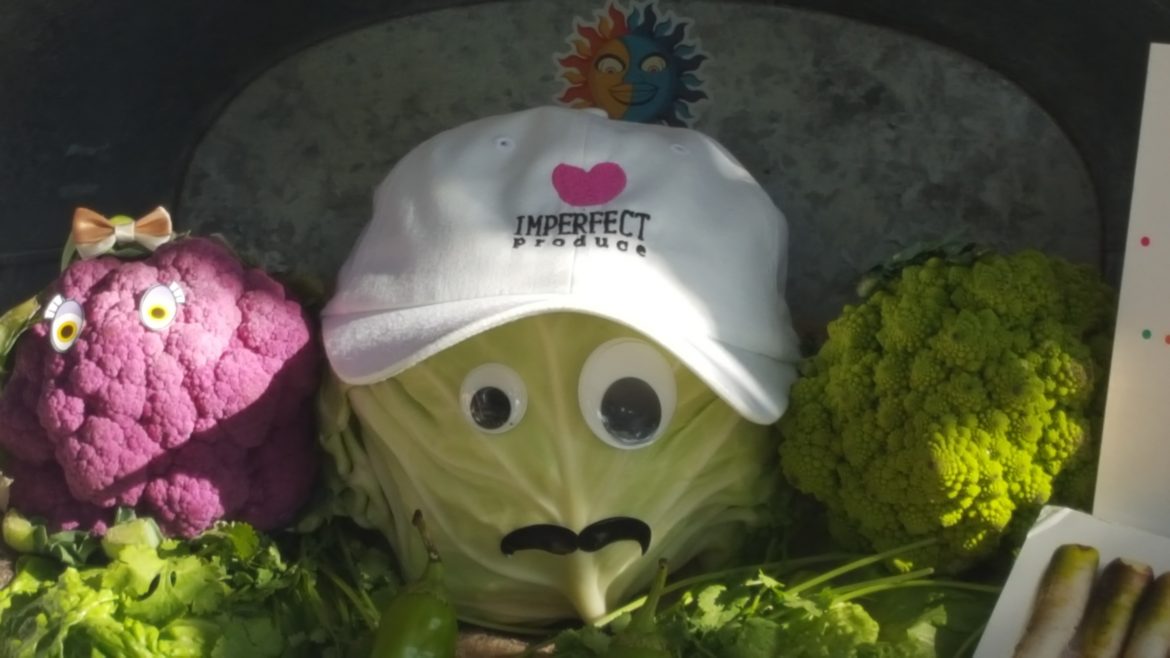 The cabbage does not have a typical cabbage shape and would be thrown out if not for Imperfect Produce. Photo credit: Brandon Ilano

Ugly fruits and vegetables almost never make it to the produce stands as they are seen as imperfect despite having no other flaws. They taste and smell the same as “regular” fruit and vegetables, but have some visual abnormalities.

After watching unusual looking fruits and vegetables be thrown away as a college student, Ben Simon founded a business dedicated to stopping waste on college campuses in the U.S. with two other produce activists called Imperfect Produce.

Imperfect Produce, a business that works to save unusual looking produce, combats the waste of unwanted fruits and vegetables. The company sells visually unappealing fruits and vegetables that would normally be thrown away and delivers them to people who buy them. Imperfect Produce originally formed in 2015 in northern California, but expanded to L.A. last April, said Imperfect Outreach team member, David Raffaelle.

“The produce we sell comes directly from farms and what we do is take them and deliver them,” Raffaelle said. “We sell it 30 to 50 percent cheaper than grocery stores do, so it really can’t get any better than that.”

According to Raffaelle, more than 20 percent of produce will never make it off a farm because of a deformity, discoloration or weird appearance. This will lead to landfills being filled with more than six billion pounds of produce. The efforts of Imperfect Produce managed to save nearly $2.3 million of produce and saved farmers from having to toss out food from their harvests.

“I think it’s a waste to throw away food on what it looks like,” said Ariana Hardwick Jones, art major. “There are lots of hungry people in America who can really use it.”

In contrast, the CSUN food garden, managed by Associate Professor of Geography, Dr. Mario Giraldo, grows a wide variety of produce and all of it is used. According to Giraldo, all the foods produced at the food garden are used because there is no preference for looks or shapes.

“If you go to markets anywhere in the world, there is nothing like a product that is not suitable for consumption unless the quality has been damaged,” Giraldo said. “You will see that people will buy mixed quality products and mixed shaped products. It is a good idea to buy and consume produce that doesn’t necessarily fit the shape that we are used to.”

Giraldo also said a major goal of the food garden is to show the importance and difficulties in producing food. Growing the produce is physically demanding and exhausting and requires a lot of patience, therefore produce does not get thrown away because of a small imperfection since so much time and work went into it.