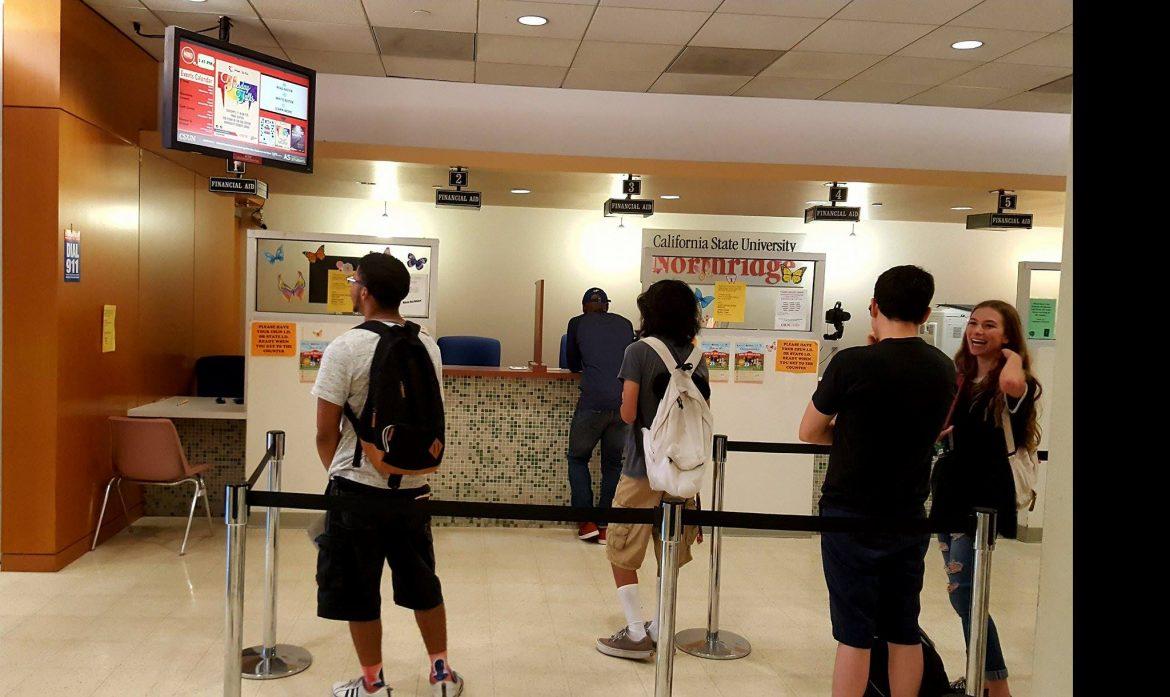 According to the New York Post, a student at Walter Sisulu University in South Africa was shocked to discover a $1 million deposit in her financial aid account after school officials accidentally added four zeros to her original allocation.

The misappropriation of funds was brought to the attention of the university by another student who noticed the young woman’s newfound lavish spending habits.

Mani’s financial aid account has been suspended and the funds retracted. WSU spokeswoman Yonela Tukwayo said in a statement to local media that Mani will be liable for the money spent despite Intellimali, the school company responsible for distributing the student cards, taking full responsibility for the incident.

Although the likelihood of a situation like this happening again is small, we wanted to know how CSUN students would react if they mistakenly received over $1 million in financial aid.

“Honestly I’d be pretty ecstatic to suddenly receive a million dollars overnight, and I’m imagining all the cool stuff I would buy with it, but I think in this case my conscience would win at the end of the day, so I’d probably give the money back that I wasn’t supposed to get,” said Lincoln Cruz, a history major.

“Considering financial aid still has my funds on hold, I would spend all of it in a heartbeat,” said CG Martin, a public relations student. “I would invest in what financial aid is technically for. Food and living expenses. So I would purchase a home of my own, preferably a large piece of land with a Chateau in France or a Manor House in Maine overlooking the sea. I would also use the rest of the funds and put it on a Whole Foods gift card. It sounds greedy. But I would try to use the funds for what exactly the purpose of it was used for. For legal reasons of course.”

“As lame as it sounds, I would give it back because I know that mistakenly receiving a substantial amount will leave a trace eventually. It would be difficult for me to distribute or spend FAFSA money because this is what places hundreds of people into class,” said Kevin Armando Vindel Castillo, a film production student.

“I feel like I’d be so shocked that I would call and ask if this was right, but like on the side I’d be spending some of it cause some of it has to be mine, but even then like it would be their fault for making that mistake,” said journalism major Gisselle Pernett. “I’d pay off my loans and then I’d start living my best life and treat myself.”