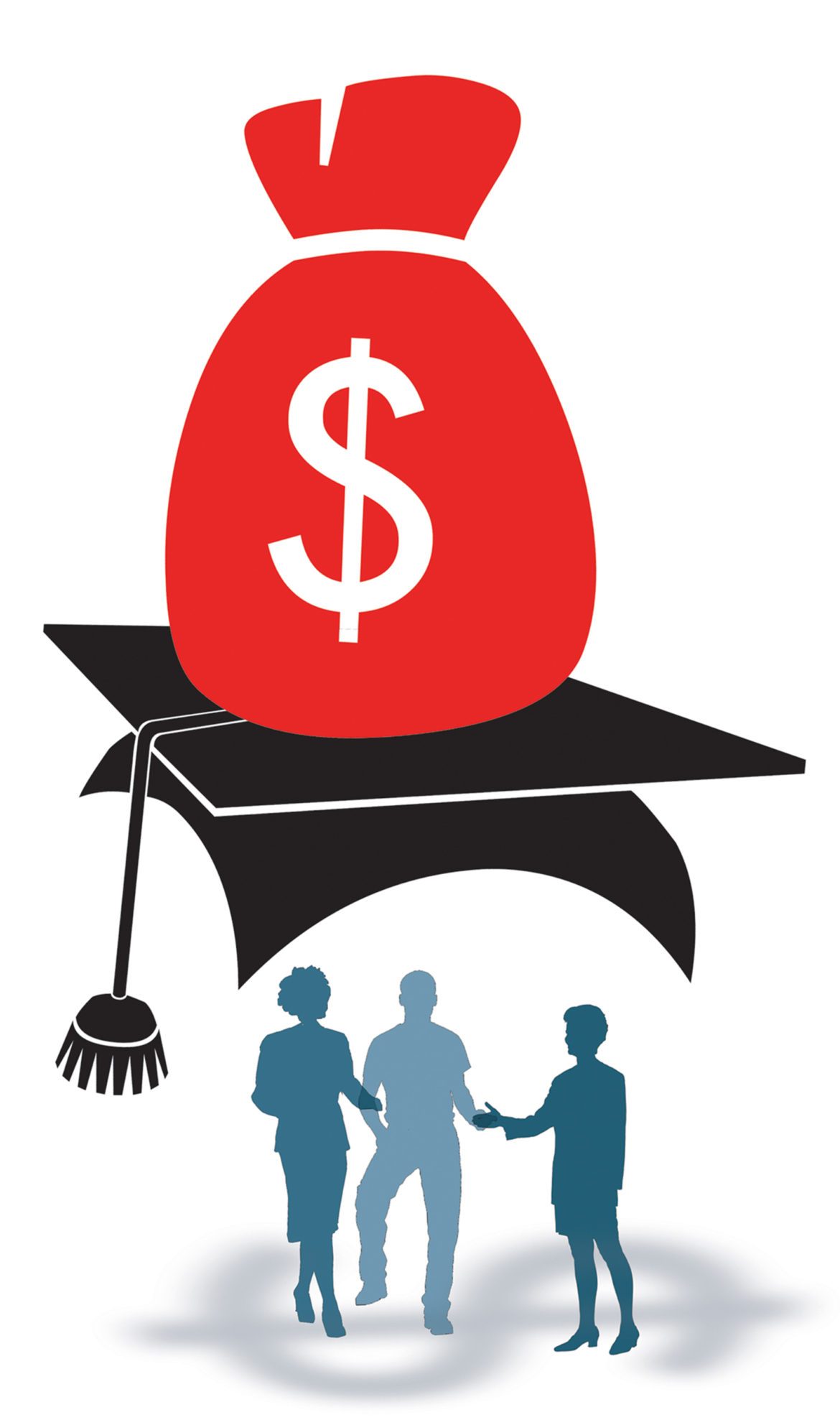 The stress and pressure that puts on millennials to pursue higher education while having to pay their loans almost makes students question, “Is my degree worth it if I’m not guaranteed a job?”

Senior Cathleen Guerrero has her doubts and fears as her fall graduation date comes near.

“We’re only given six months to [start] paying it back after graduation which is hard because I still have a car payment and insurance,” Guerrero said.

According to Pew Research Center, young workers with student loan debt are about twice as likely as those with no debt to having a second job.

Guerrero works 60 hours a week along with juggling a 14 unit load in preparation to pay off her student loan debt. Guerrero has taken out loans every semester for the past four years just to further her education.

Guerrero fears what’s next after she is set to graduate this December describing the experience to be quite daunting.

“If I want to own a house one day, I probably won’t be able to do that because I’ll still be paying off my student loans,” Guerrero said.

“There should be more resources to guide you in your direction of what field you’re in specifically something you’re good at,” Guerrero said.

Student Sophia Nguyen believes her degree is not preparing her or giving her the necessary skills needed to find a high-paying job for after graduation.

“Once we graduate and are in the workforce, most employers are looking for years of experience that we don’t have,” Nguyen said. “We don’t even leave college with a tangible plan to market yourself for the workforce”

Although Nguyen’s student debt isn’t as high as others because of her parents’ financial help, she still believes that student loans are an added stress to post-grad millennials.

She highlights how failure is always in the back of her mind as she thinks of graduation.

“I always fear failure but being that I’m about to graduate, I’m very aware of how useless my degree may or may not be. Unless you have a job lined up, you ask yourself why waste all this time in school for something that might not be an advantage,” Nguyen said.

With all the stereotypes going around about millennials, there is one that tends to be quite factual. Twenty years ago, after college, people were able to get a decent paying and were able to buy a house before reaching 30, but today that’s not as likely.

“I’m even worried about how I’m going to pay rent after I graduate. Owning isn’t even an option right now or something that comes to my head because of loans,“ Nguyen said.

Theatre major, Isidro Lopez also, fears what’ll happen once he gets his degree and breaks into the workforce.

“I do feel that student loans are going to affect me when I’m out of here. When you do find work, you have to find a way to budget your finances and work is already hard to find,” Lopez said.

“Once you do find work, all the money you get has to be budgeted for bills but your loans have to be your main focus.”

Lopez believes the sooner you pay off student debt, the better.

In a recent report by CNBC, the average debtor in their 20s pays more than $300 a month toward their student loans.

“A lot of people can’t or don’t have $300 a month to pay a student loan and what are they supposed to do,” Lopez said.

“Nowadays don’t even care about a degree, they care about you having experience and being able to help the company,” Lopez said.

Lopez says that even with a degree, nothing is guaranteed and that students have to work their way up the job force no matter what.