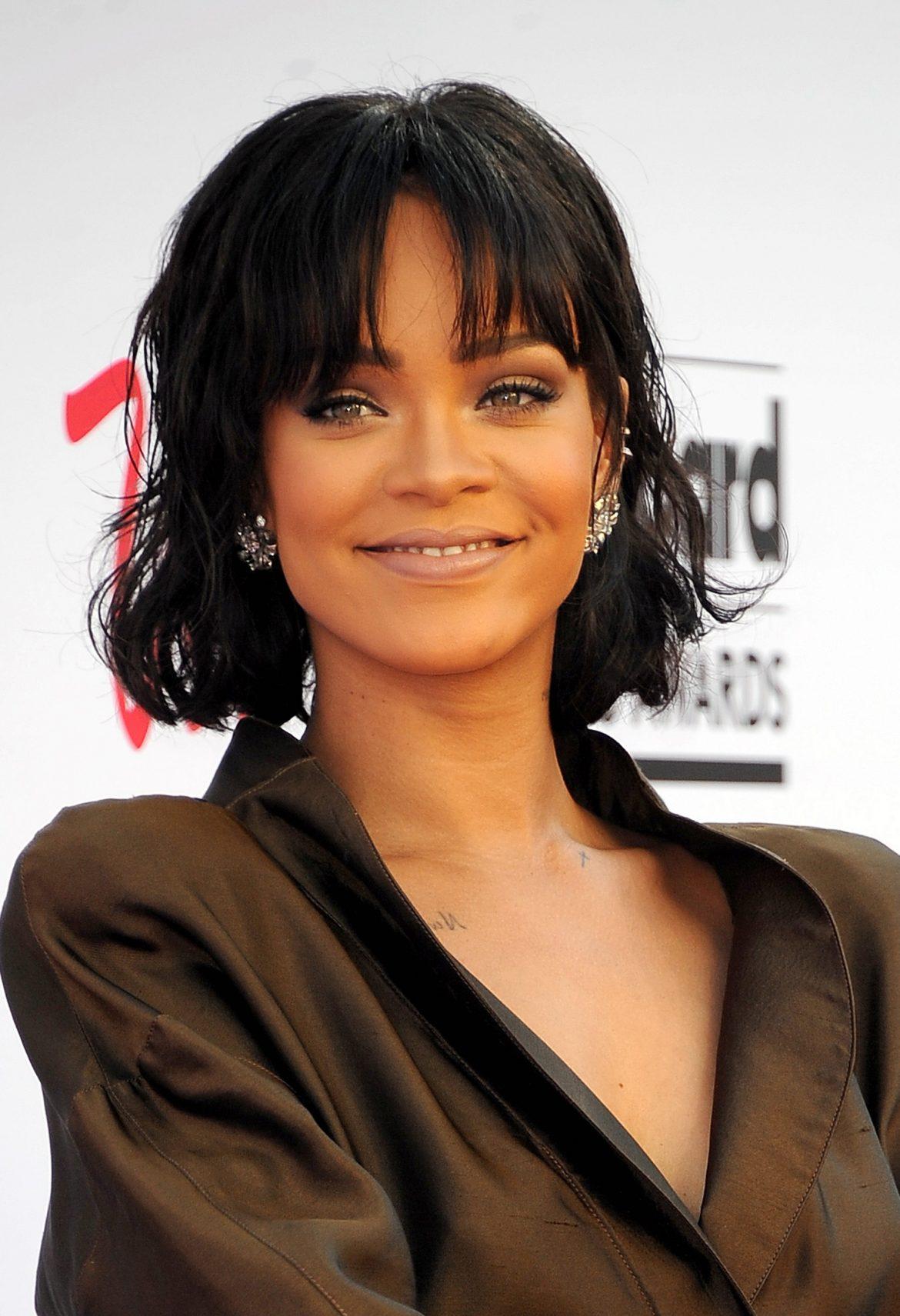 Fenty Beauty was released to the world last week by singer Rihanna which included 40 shades of foundations, highlighters, eye-shadow and other beauty products.

What separates the superstar’s line from other makeup brands is her awareness of diversity in the beauty world. Her tones/shades of foundation range for people with albinism to dark cocoa tones.

“I’m very inspired and proud of my girl Rihanna because she has literally made a foundation perfect for me, perfect for my hue and perfect for dark skinned girls like me. It’s hard to match our shade but she made it possible,” Mitchell said.

Fans all over social media praised the songstress for not only her racial diversity in her advertisements, but more for being a voice to people of darker skin tones that other beauty brands tend to ignore.

“I bought the foundation which is great and I just feel flawless. I have the gloss too,” Mitchell said.

Darker girls have harder times finding matching tones which is why fans are praising Rihanna for making a tone that blends with their skin so well, according to political science major Cheyenne Smith.

“I think it was really beautiful because a lot of makeup for black girls is really ashy,” Smith said.

Smith says she loves that Fenty really nailed the undertones because a lot of makeup lines don’t nail these undertones that change how black people look under light and how they appear on camera. Smith raves about the line.

Soon after her line dropped, some of the biggest names in cosmetics such as Marc Jacobs and Estee Lauder released ads of them promoting darker models and advertised their dark tone of foundations.

Estee Lauder posted a picture on their Instagram promoting their darker tones after fans raved about Fenty Beauty being one of the only beauty lines to get their tone correct especially for African-American women.

“I was so upset because you can’t profit off of other people. You can’t be a bandwagon with sensitive topics like these,” Mitchell said.

Kylie Jenner’s beauty line also uploaded a darker-toned model promoting darker shades, but quickly took it down after fans bashed it saying that they only uploaded the darker tones after Rihanna was praised for it.

Kiana Hill and Cristal Dent believe most of the cosmetic lines are advertising their darker shades now solely for capital gain instead of doing it to represent darker skin in the beauty world.

“It makes me so mad because they should’ve made darker tones and promoted them from the get-go,” Hill said.

Smith said those darker shades have been around in makeup stores, but no one was advertising them because darker tones weren’t buying it due to quality.

“It’s not going to be respected because they only do it to compete with Fenty beauty instead of to represent us, “ Hill said.

Hill also said she has had a hard time finding a proper foundation for her dark complexion, but that Fenty beauty makes her feel and look flawless.

“I think it’s really great because Rihanna is of African descent and she cares about the people she made the line for. It’s not just for light skin, it’s for dark skin as well,” Dent said.

Dent said she believes Fenty Beauty stands out because Rihanna considers all types of skin tones, especially ones that are constantly overlooked.

“Fenty Beauty acknowledges people that have to go shop for multiple tones or search for undertones and then end up having to mix it because nothing truly matches their skin tone and that’s important,” Dent said. “Other companies are threatened by it, they know that African-Americans are going to stop buying their stuff and so they’re trying to hurry up and come out with darker makeup so they don’t lose customers.”

Dent said that if big makeup brands cared about proper representation for women of color and of darker tones, then brands such as Estee Lauder would have advertised their tones long before Rihanna shed light on the issue.

“If you’re not acknowledging us if you’re not appreciating us, we’re going to take our dollars someone else,” Dent said. “Rihanna invested in us and it shows that she really cares.”

According to Dent, a lot of darker pigmented makeup wasn’t carefully made nor thought about because most darker shades make black women have a ghost appearance rather than a glamorous one.

“It’s just not okay. We shouldn’t have to avoid taking a picture with flash to look good on camera,” Dent said.

All of the darker shades of Fenty Beauty are officially sold out according to Vibe Magazine.

“Fenty is a representation of black people and our beautifulness,” Smith said.