Matadors stunned by the Toreros 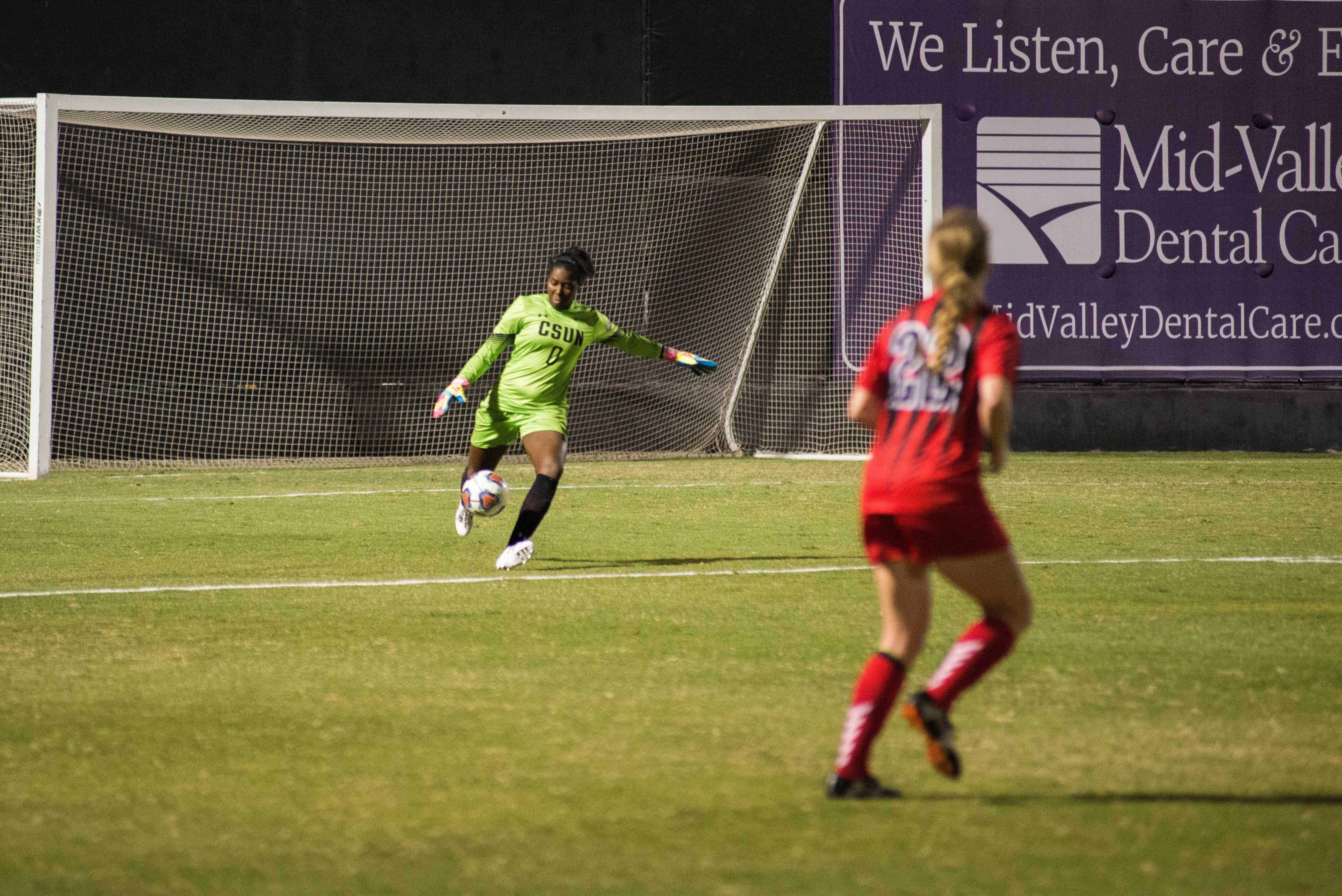 CSUN entered Sunday’s matchup against San Diego looking exhausted and it showed from the first minute against a San Diego team (2-8) that came for a win.

San Diego leading scorer, Summer Mason had both goals and the Toreros defeated CSUN 2-0. The loss was the first against the Matadors at home.

“San Diego did some really good things,” Matadors’ coach Keith West said. “They cleared the ball four times. It wasn’t like we played that bad. We played well in the second half, but in the first half we could have had at least five goals.”

Missed opportunities seemed to be the theme of the afternoon for the Matadors (4-3-4) in the first half. Brett Guarino delivered a cross that deflected off the outside post but instead of spinning in, keeper Amber Michel was able to pounce on the ball and deny the Matadors.

In the 29th minute Lindsay Kutscher was awarded a penalty kick, but her attempt was saved by Michel. The Matadors this season are now 1-for-4 on PK chances.

“You know all the best players miss penalty kicks, so you can’t get mad at that,” West said. “At the same time too, you have to put away your chances when you get them. They did and we didn’t.”

The Matadors will now have a chance to get a week’s rest before starting conference play on the road next Sunday against Cal State Fullerton.

“We just need to get refocused, get into the training home and we’ll be good,” goalie Jovani McCaskill said.