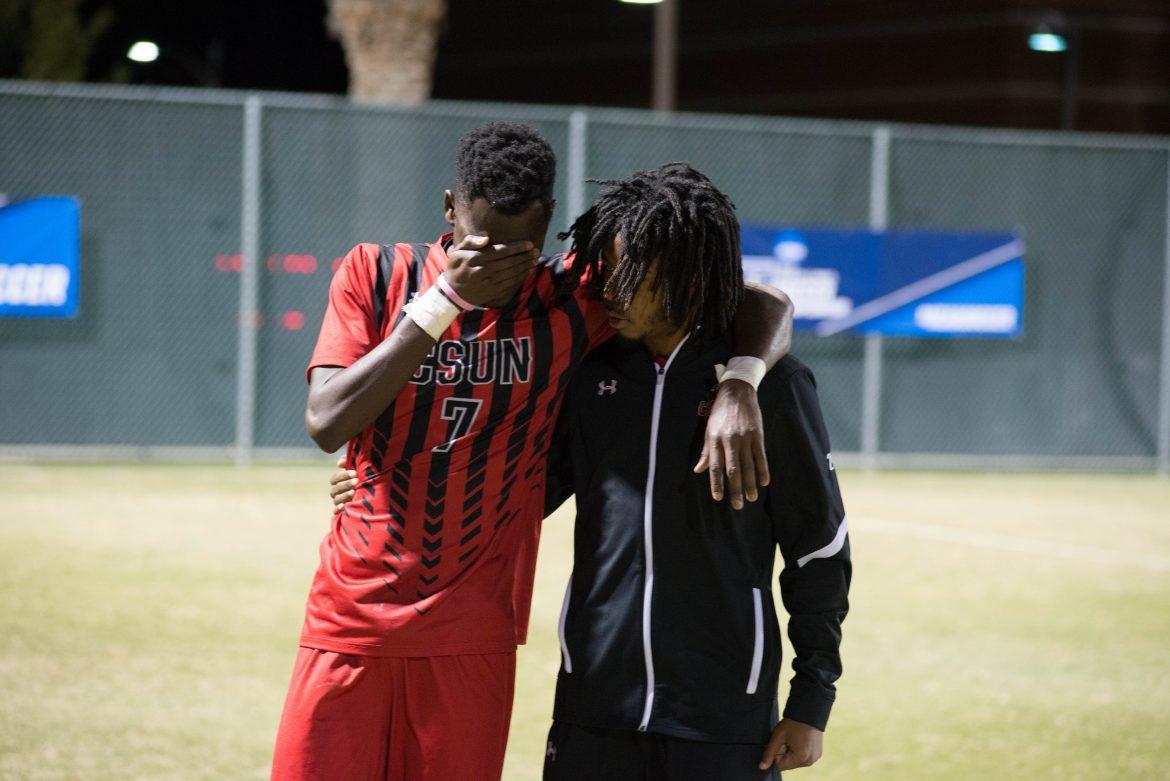 CSUN’s men’s soccer team outplayed UCLA for most of Sunday night, but a poor decision in the 51st minute cost the Matadors a huge win on the road.

After a foul inside the goal box, Brian Iloski shot a penalty kick in the 49th minute past Henrik Regitnig and CSUN fell to UCLA at Drake Stadium 2-1. The Matadors have lost two games in a row.

“Hopefully we can learn from these road games,” coach Terry Davila said whose team will play two more games away from Matador soccer field before finally returning home. “We’ve had a tough schedule and when you’re playing on the road against UCLA and San Diego it gets tough.”

The Matadors (5-4) held an early lead when Michael Flores assisted Daniel Trejo in the 16th minute. Flores intercepted a pass and then found Trejo who put a shot outside post past keeper Daniel Silva for his fourth goal of the season.

“We play hard, we work hard and I saw the chance to turn and turn my way to the goal,” Trejo said. “I was able to chip it and it went in.”

After UCLA (3-3) tied the match at 1-1 with a goal from Santiago Herrera, the Bruins maintained possession throughout the first half. It wasn’t possession that mattered so much to Davila as much as it was the penetration.

“Tactically we did a couple of things wrong but when I feel a team passes the ball, I don’t feel that’s domination,” Davila said. “It’s a misnomer about soccer. Possession is kind of overrated, penetration is the important thing.”

The Matadors in the final 10 minutes went on the attack. Emmanuel Uday Jr. went down after it appeared he was shoved inside the Bruins’ goal box but the game continued. After trying to appeal the call Uday was issued a yellow card in the 85th minute.

“I don’t feel that one call really affected the game that it was,” Uday said. “I think we were on top of them for most of the game. Tough PK call that they got and it kind of changed the momentum of the second half. Hopefully we can bounce back next game.”

CSUN will start conference play on the road against Sacramento State and attempt to stop the recent skid. The Matadors fell earlier in the week to San Diego and have played six of its last seven matches on the road.

“We’re hungry to win,” Trejo said. “We just got to go back to practice, listen to coach and execute the game plan.