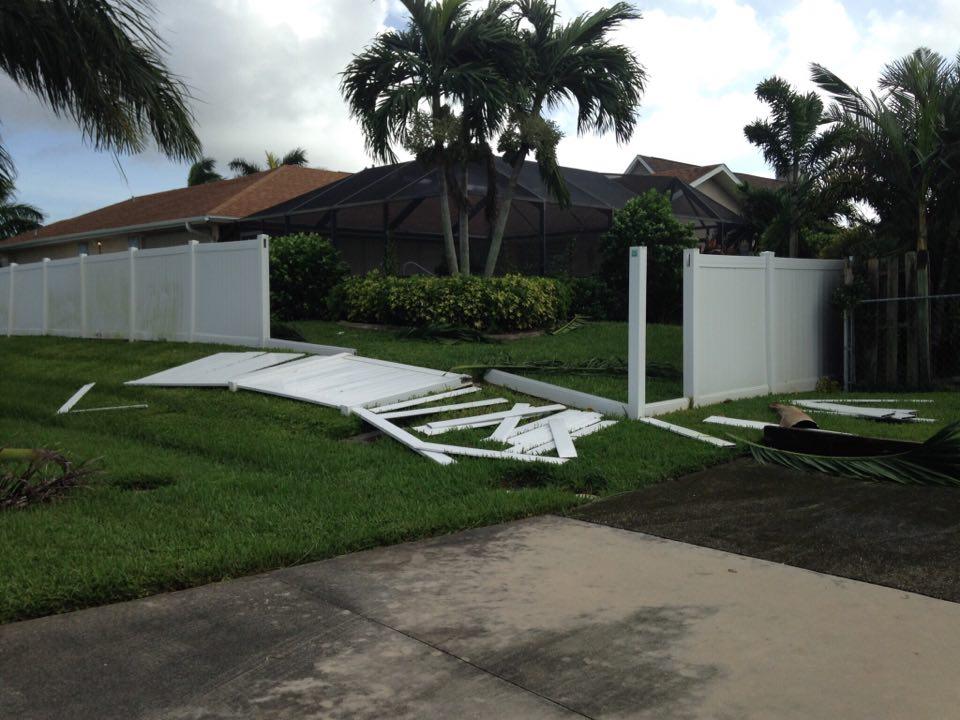 Hurricane Harvey, Irma, Maria and Jose have devastated parts of the world and left people trying to get back to their normal lives among the devastation.

Hurricane Harvey caused massive flooding and devastation. People were displaced from their homes and having to be rescued, many by boat and there were 83 confirmed deaths.

Puerto Rico is currently trying to get their lives back together after Hurricane Maria caused severe devastation, power outages across the island and 30 deaths.

Hurricane Jose, while it didn’t cause as much damage, it did make landfall on an already battered Barbuda.

Joe and Becky Altomere, who live in Florida, described their apartment complex after Hurricane Irma hit.

“The apartment complex, in general, looked like a warzone. There were trees down everywhere, as well as tree branches. Sections of the gate that surround our complex had been blown away, as well,” said Altomere.

Altomere and his wife Becky evacuated to his parents house, which suffered roof damage. “The line of people who have insurance claims around here now is longer than a line to see a superhero movie.”

As residents of Florida, the Altomeres, are used to hurricanes. “Not to sound arrogant, because to be arrogant with Mother Nature is to dare her to smack you, but hurricane preparation is old hat to you if you’ve lived here as long as I have. It’s really just a question of whether you go or stay,” said Altomere. “We’ve fled hurricanes before, and it’s never pleasant, and you never know what, if anything, you’ll come back to.”

A Texas resident, Albert Muhlenbruch, dealt with Hurricane Harvey. “Unfortunately, I did experience damage. My whole apartment was filled with a good three feet of water. I lost clothes, furniture and even both family vehicles,” said Muhlenbruch. “My family and I also lost our storage unit that contained decorations, memories and some collectible items.”

In his neighborhood, Muhlenbruch saw nothing but flooding and rescuers in boats trying to find people who were stranded in their homes or anywhere else. “My apartment complex was completely flooded as were some streets that surround my complex. The roads were not visible. Every 25 minutes, rescue boats popped up yelling for people.”

The entire first floor of the complex he lives in was damaged, over 100 units. He wasn’t told to evacuate immediately, but once they noticed water rising, they moved to higher levels in their complex.

“The entire first floor was flooded and those who lived there, like myself, either sought refuge with upstairs neighbors or camped out in the hallway on the second and third floors. It was very impossible to move anywhere unless you were on a boat or being rescued by helicopter,” said Muhlenbruch. “Hopefully no one will have to go through this hell anymore.”

Below are various places in which you can donate money to help all the victims of these hurricanes:

Go Fund Me for Hurricane Maria