EOP celebrates 48 years of existence in the CSU system 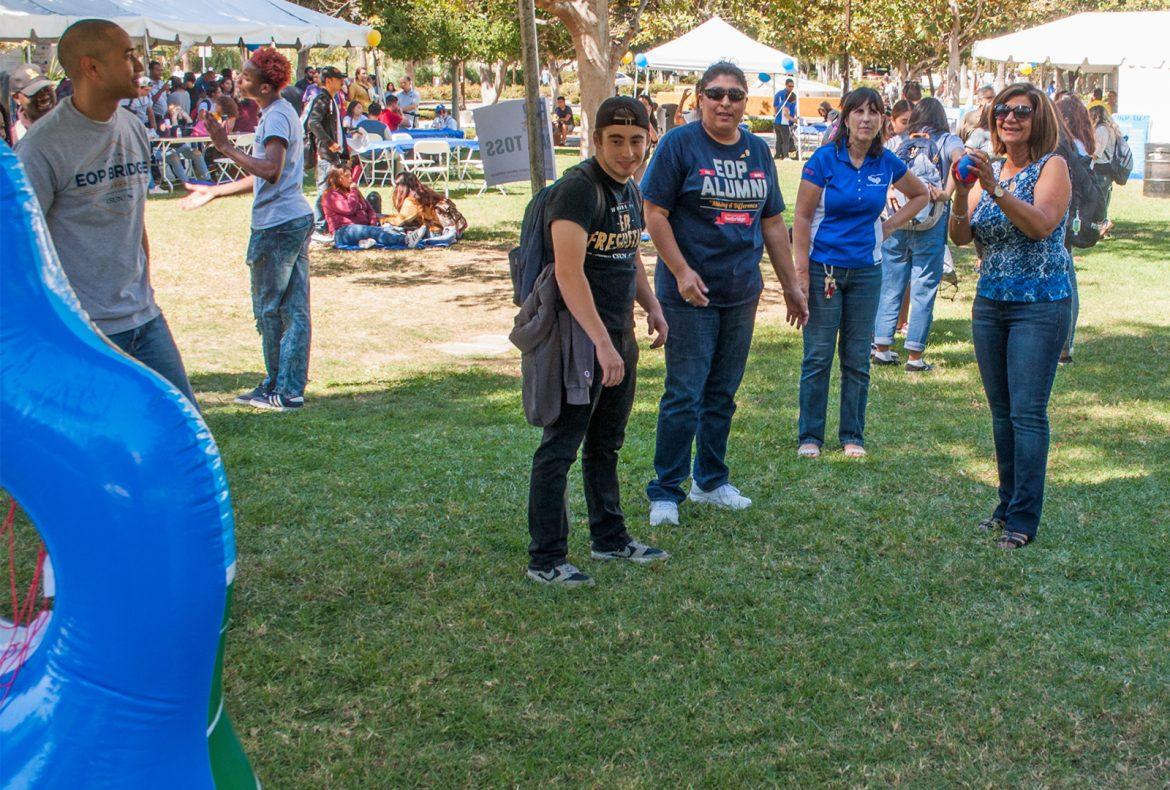 The Educational Opportunity Programs celebrated EOP Month by hosting an event to commemorate 48 years as a program. Students and staff took part in trivia games, prize drawings and food fundraisers.

The celebration took place on the Bayramian Hall Lawn where students and faculty were invited to play games such as football toss, Jenga and plush bowling. During the event there was a remembrance table in honor of the late EOP director, José Luis Vargas. Under the direction of Vargas, EOP expanded to where it is now.

“I think it’s amazing,” said Alex Furtado, 19, Justice Studies and Criminology major. “I think 48 years of giving every EOP student the same opportunity to pursue [their passion] is amazing. I think everybody should have that opportunity to get that chance through EOP.”

CSUN’s EOP program was founded in 1969 from the Civil Rights movement as an answer to the outcry for the opportunity at equity and access to higher education. According to CSUN’s EOP website, the result of the student-led campaign resulted in an EOP at 23 California State University campuses. The program continues to provide access and support services for students from first-generation and low-income disadvantaged backgrounds

“There are too many things for me to say what EOP has done for me,” said Karim Tellez, 20, Communications Studies Major. “One in particular was [that] it gave me tons of confidence. It made me feel like I could do more than what I was capable of doing.”

According to EOP Director, Shiva Parsa, when EOP was established 48 years ago, it was created as a temporary program until there would be equal opportunity in K-12 school system. EOP is a program that helps historically low income and historically disadvantaged students.

“It’s amazing that this program is not only still here but it is stronger than ever,” said Parsa. “It sounds weird that I’m going to say this but unfortunately, we’re needed more today than ever because that even playing field doesn’t exist yet. We’re here to make sure we fill some of those voids for students who don’t have hope that college is possible.”

“Some students go to high school where everything is provided to them,” Parsa explained. “EOP helps provide access to students who are first-generation and come from a background where certain resources weren’t provided.”

“EOP changed my life because it gave me the opportunity to have a second chance,” said Giovanni Valle, 19, Film Production major. “I’m a residential bridge student and it opened my doors to a new life in a new college environment.”

According to Parsa, many students say that EOP has helped them greatly and changed their lives but EOP is more than a program to many of these students, it becomes a part of who they are. Former EOP students were once known as at risk or high-risk students but Vargas changed that to high potential students. The change was done because high potential removes negative connotations–like dropping out– and provides the students with the support to bring the full potential of students.

“I chose to be involved with EOP because of what it stands for,” said Angie Gonzalez, EOP academic advisor for the College of Engineering and Computer Science. “For me it stands for community, standing for peoples’ rights and just the overall power that it does to really empower students to be part of higher education.”