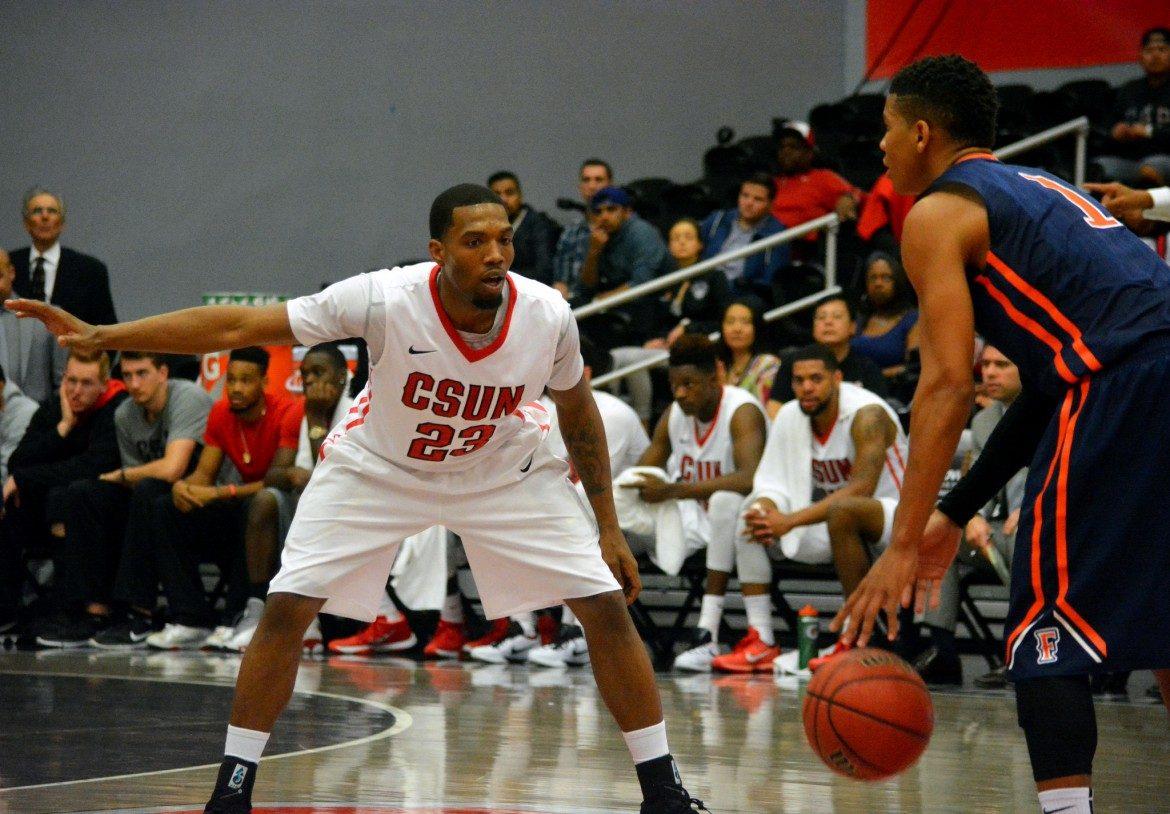 Coach Reggie Theus is looking for the 2017-2018 season to set the culture of CSUN men’s basketball for years to come.

Youth is the overwhelming characteristic of this year’s squad as the roster features only three seniors. Although youth brings energy and excitement coming into the season, Theus is aware that it is a double-edged sword.

He commends his team’s enthusiasm and hard work, but acknowledges there is an inherent learning curve that comes with youth and inexperience.

The seniors on the team have taken on an obligatory leadership role to help expedite that learning curve.

“As seniors… we have been trying to set an example for them and help them out and make sure that, as seniors, we’re unselfish and we share the things that they need to hear… They’re buying in and they’re ready,” said senior guard, Reggie Theus Jr.

Tavrion Dawson said he has high expectations for the young team.

“Everyone listens, everyone wants to get better so our expectation is to win the Big West and become champions. I think we are very capable of that,” said Dawson, an honorable mention in last year’s Big West Conference.

The Matadors come into the 2017-2018 season looking to improve from last year’s overall 11-19 record and 7-9 Big West record. Last year’s squad secured a Big West tournament berth as the sixth seed. They also saw a quarter-final exit after a loss to California State Fullerton.

The Matadors will have to fill the shoes of last year’s graduating class as well as standout point guard, Kendall Smith, who transferred to Oklahoma State University at the end of last season.

He believes that this year’s schedule will be competitively relative to the team’s talent level.

They kick off the season in the Matadome on Nov. 10 against Life Pacific College before hitting the road to compete in the Cancun Challenge, making stops in Fresno and Virginia. Before touching down to play in Cancun, Mexico on Nov. 21. The team will continue to play non-conference games throughout the month of December before they kick off Big West play against Hawaii on Jan. 16.

Theus said the team is in “discovery mode” and that there are three things they need to do to be successful.

“We have to be a good rebounding team, we have to be good in transition and we have to have a solid base for our team defense,” Theus said.

Despite being in “discovery mode,” he said he believes in his team.

“I think this is a team that is going to take the CSUN basketball program to the next level,” Theus said. “This is the start of what I believe is going to be a great run for us.”