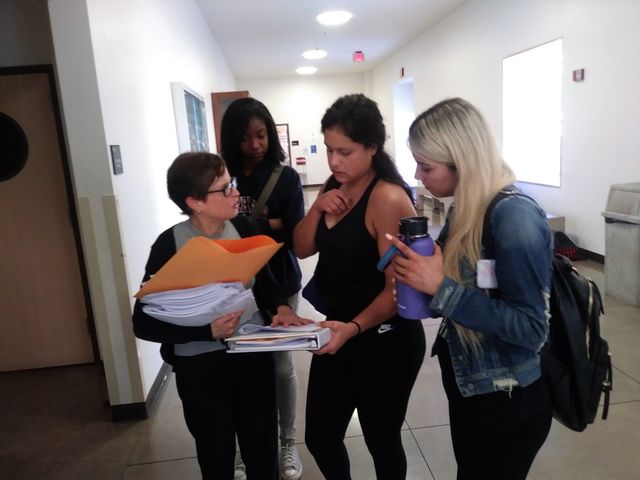 More than a hundred students had their physics test postponed and class cancelled Thursday morning after instructors and campus police officers could not open Lecture Hall 130 in Manzanita Hall.

Students were either left relieved or dismayed after the test in Professor Christina Cadavid’s Physics 100 A was rescheduled for Tuesday.

“The feelings go both ways because I was here until 1:30 in the morning studying,” CSUN student Nicole Bautista said. “I guess it gives me more time to go over my notes and to do whatever it is I need to go over.”

Cadavid said she felt disappointed for her students who had spent time studying for the exam.

“The students had prepared very hard for it,” Cadavid said.

After the students left custodians were able to reopen the room and Plant Management services said Lecture Hall 130 would be open for the rest of the day.