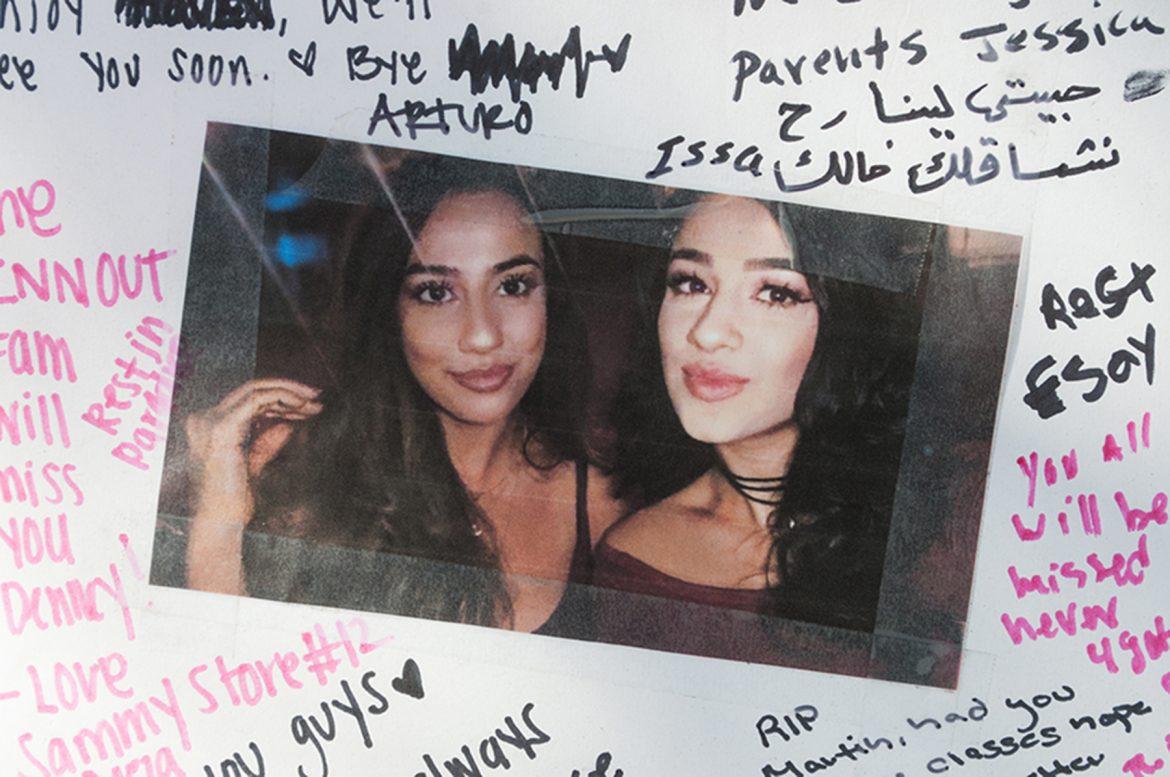 According to authorities, Amanda Alfar (right) and Leena Ammari (left) were in the backseat when their car hit a tree and burst into flames killing all four passengers. Photo credit: Nate Graham

Four passengers died Friday night after a speeding car crashed into a tree and became engulfed in flames, according to authorities.

One of the passengers was 21-year-old CSUN student Amanda Alfar, according to the Los Angeles Times.

According to KTLA, Matin Gomez and Denney Lomeli, both 20, and 21-year-old Leena Ammari also died in the crash; Lomeli was a student at CSUN.

Authorities said that there were two men in the front and two women in the backseat when the BMW that was speeding down east Lassen Street crossed into oncoming traffic near Balboa Boulevard. The car hit a light pole before finally striking the tree and catching fire.

The LAPD Valley Traffic’s Instagram account posted a short video of the crash and asked for help identifying the black car that may have been street racing the BMW.

This story will be updated further as more information is released.