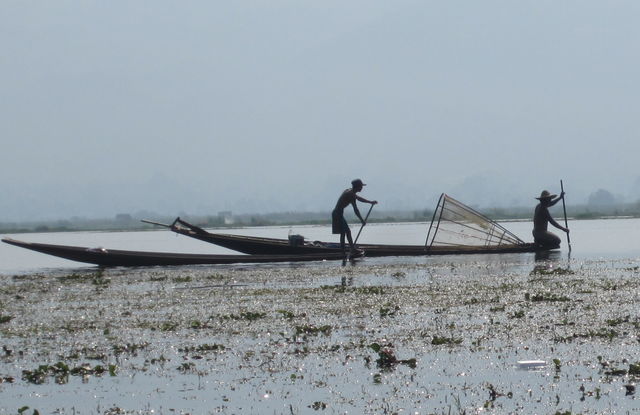 The Intha in Inle Lake, Burma is one of more than 135 ethnic groups in the country. The differences in history, language, culture and language have led to ethnic conflicts throughout the country. Photo: April 15, 2011. Photo Credit: Max Sullivan

Being able to live freely and having a safe life in your home country is something that is easily taken for granted.

Rohingya Muslims, like others before them, are fleeing Myanmar due to persecution. They are being killed for their religious beliefs and for being minorities. Myanmar has a Buddhist majority. Less than nine percent of the population is Muslim but have more than a million people, according to Huffington Post.

The Rohingya people are located on the border of the Bay of Bengal. According to CNN, “The Rohingya are a stateless Muslim minority in Myanmar’s Rakhine State, thought to number about one million people. Myanmar does not recognize them as citizens or one of the 135 recognized ethnic groups in the country.”

Middle East professor Rachel T. Howes from CSUN explained the history of Rohingya people. “Muslims have been residing in the Rakhine since the Medieval Period with a large number arriving in the colonial period before 1948,” said Howes. “There were tensions between the Rohingya and the leadership of Burma in the wake of WWII, but they were given citizenship.”

The director of Middle East and Islamic studies, Nayereh Tohidi, gave her thoughts on the crisis in Myanmar and what is occurring.

“The latest round of attacks and violence in 2017 that reportedly included rape, murder and arson of the Rohingya households, have resulted in massive exodus,” said Tohidi. “Fleeing massacre, they mostly cross land into Bangladesh or take to the sea to reach Indonesia, Malaysia and Thailand.”

The Rohingya crisis is unprecedented and a major problem that is involving the people to flee at an alarming rate.

“More than 400,000 members of the Rohingya population have fled into neighboring Bangladesh in recent weeks,” said De Maio.

It is being considered a genocide of our time.

“I think this is clearly an ethnic cleansing process and crimes against humanity that the UN and other world authorities need to stop,” said Tohidi.

“Prior to this the Rohingya were called the most persecuted minority in the world by human rights groups,” said Howe.

Ali Ashgar, Accounting major, gave his opinion on the crisis in Myanmar.

“It is basically genocide,” said Ashgar. “It is unethical, inhumane and just tragic, and it sucks the Muslim community hasn’t stopped the crisis.”

Tohidi is not happy with the current politics involved with this on-going crisis in Myanmar.

“The second painful and disappointing lesson is that no hero is immune from compromising moral principles due to political calculation and political gains. To me, the image of Aung Sung Suu Kyi, the Nobel Laureate for Peace and an internationally admired advocate for democracy and champion of non-violent resistance against injustice and oppression is now tarnished,” said Tohidi.

If you want to help the Rohingya crisis, you can donate to Partners Relief and Development.