Students find lack of diversity among faculty impacts their education 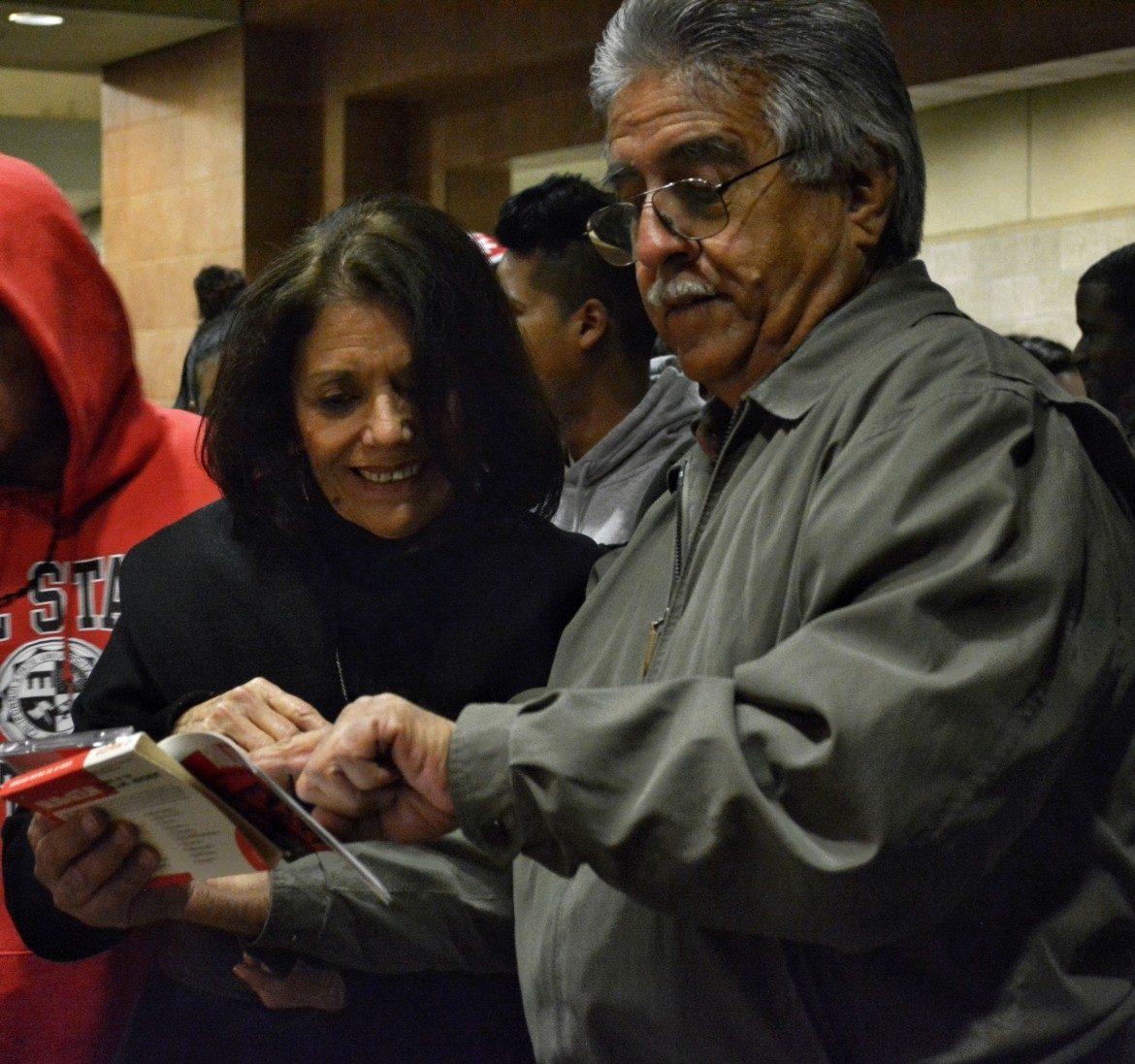 Being one of the most diverse campuses in Los Angeles, CSUN takes pride in being a place that represents all students no matter race, gender or sexual orientation. Students want to feel as though they are properly represented in and out of the classroom, but how diverse are our professors?

61 percent of all full time faculty are white while 46 percent of the student demographic is Latino, according to the CSUN Educational Equity Committee.

“I think we have departments where the representation is allowed, but I don’t know if that necessarily translates into other programs,” Aiello said.

Aiello said he believes ethnic professors should not just be hired to teach, but they should also be able to get higher positions.

“When students are looking at the faculty senate and the Dean’s, diversity needs to be translated into that hierarchy too,” Aiello said.

Aiello said the campus could do more in implementing these changes in faculty. The EEC states that diversity, inclusion and equity also benefits faculty when they are able to offer a more diverse curricular and student-centered approaches to teaching and learning.

“I think when we let things be and remain the same and hope for natural progression, it doesn’t translate to the change we wanna see it has to be a meaningful effort on the part of the institution,” Aiello said.

Aiello goes deeper into why diversity is important in other ways as well.

“I feel like there are some efforts that remain hollow and they center around class and sexuality and they go under-explored and we don’t understand the intersectionality of that. The understanding has to be reached and we need to find a critical way to implement that,” Aiello said.

The EEC also reports that diversity benefits students when it comes to enhancing their critical thinking abilities and creating positive perceptions of a more supportive campus climate when it comes to race.

First time freshman and art major, Demani Nichols, said he doesn’t see a lot of diversity in his department, but doesn’t see a problem with it.

“Where the school lacks diversity in faculty, it makes up for it with the students that go here,” Nichols said.

Accounting majors, Fatima Batol and Steve Morales, think otherwise as they describe what diversity in professors means to them.

“People don’t realize that a lot of people are underrepresented because they are at CSUN with so many demographics,” Batol said.

Morales said there’s barely any diversity in the field or in their major.

“There’s a culture shock going into the workforce because their is not a lot of diversity in our careers,” Morales said.

Batol said there is a lack of diversity in the accounting department, not with a high white demographic, but rather an ambiguous Asian faculty.

“Affirmative action needs to be put in place where professors who are people of color are chosen because they bring a whole different perspective and I wouldn’t be saying this if there were an equal amount of representation but because there isn’t, it needs to be fixed,” Batol said.

Batol describes how she feels a disconnect in classes when she tries to connect with professors in class.

“When you’re sitting in a class and you hear your teacher talk at you and not communicating even if they’re trying to make the class interactive…I cannot relate with them,” Batol said. “The way they talk about career paths makes it hard to relate because we had completely different paths but if I had a Latino accounting professor who worked at an accounting firm they would speak to us in a whole different way,” Batol said.

Batol also said how important the diversity among advisers should be because she feels that an adviser who comes from struggles and adversity is necessary for students who go through the same challenges.

Morales also said how important it is to have ethnic classes but also ethnic professors in every field.

“I could relate to my professors more if they were of my same ethnicity or even to a professor who came here from another country,” Morales said. “When I hear diversity, I think of LGBTQ as well.”

Morales highlights how CSUN has one of the biggest LGBTQ communities and how that should also reflect faculty specifically professors.

“We have an LGBTQ office here and everything so I feel like having a professor that is openly gay is important also,” Morales concluded.