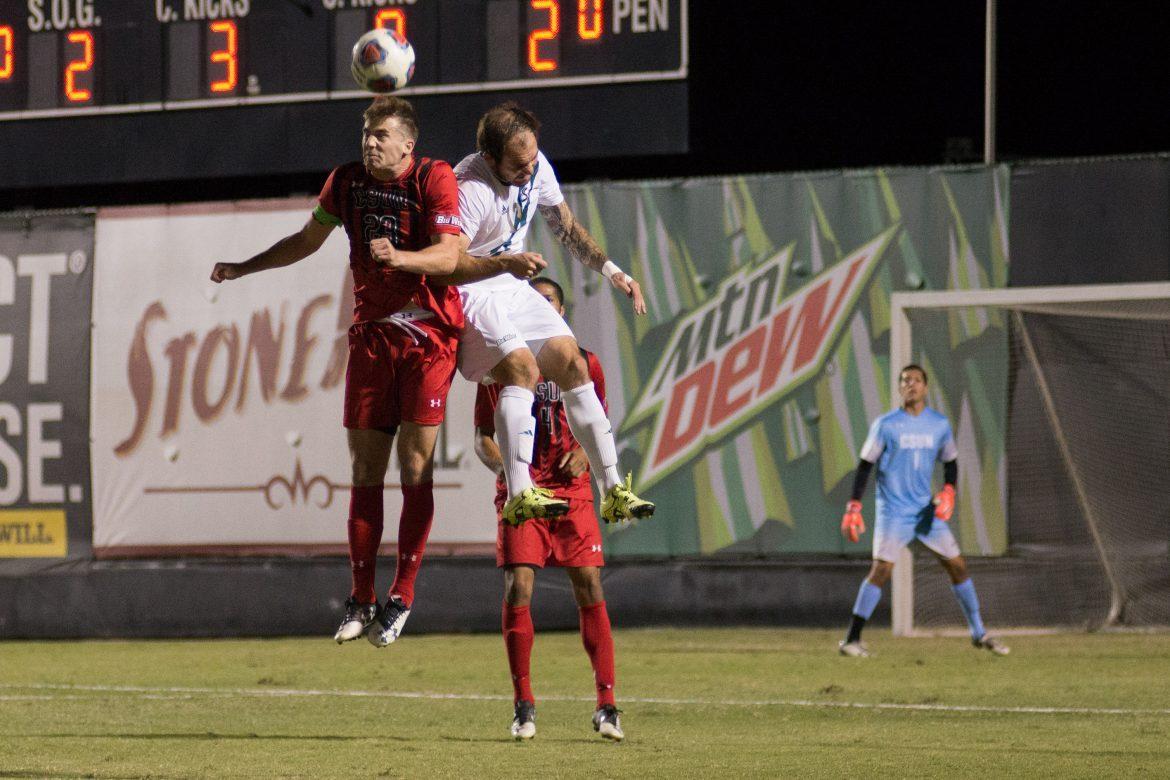 Cal State Northridge’s offense came out from the opening whistle and dominated the attack Monday night when junior Julio Rubio scored his first goal of the season on a free kick and it was enough for the Matadors who beat UC Riverside at home 1-0.

The win allowed the Matadors to maintain their first-place lead in the Big West South and this is the team’s fourth consecutive result.

“The coaches preach to us everyday to just come out strong and stay on top and I think we did that,” Rubio said. “Getting that goal just helped us boost our confidence for the rest of the game.”

Rubio was set up by freshman Danny Trejo who penetrated the middle of the field and was fouled hard in the 10th minute just two yards outside the goal box. Rubio fired a shot past Riverside goalkeeper Vincent Morales on the far post for the game’s only goal.

CSUN goalkeeper Henrik Regitnig had three saves and earned his third shutout of the season. Regitnig made a diving stop to his right with two seconds left before halftime and then in the last minute of regulation made two saves, giving the Matadors their third win in four games.

“We just need to go into the game like dogs,” Regitnig said. “Make sure that nobody is touching us on the field and we are going to get the result. That’s the mentality and mindset my team should always play with.”

The Matadors continued to pressure the Highlanders and had multiple opportunities to score. Trejo made a run in the 16th minute only to be denied by Morales, and Jeremy Degraffenreidt hit the cross bar near the outside post in the 40th minute.

The second half saw more CSUN pressure with Trejo and Papi Diouf getting shots inside the goal box in the 57th and 75th minute.

The Matadors’ activity throughout the game proved to be enough and stopped UC Riverside (2-11, 2-4) who had won two of its previous three games including a 2-1 win over Cal State Fullerton at home.

“We just need to continue to play hard and come together as a team,” Rubio said. “We are known for being very physical and athletic and we just need to keep it up and keep working hard.”

Illness: Head coach Terry Davila was not available for media postgame after working through flu-like symptoms.