Students boycott Executive Order 1100 by not purchasing anything on campus 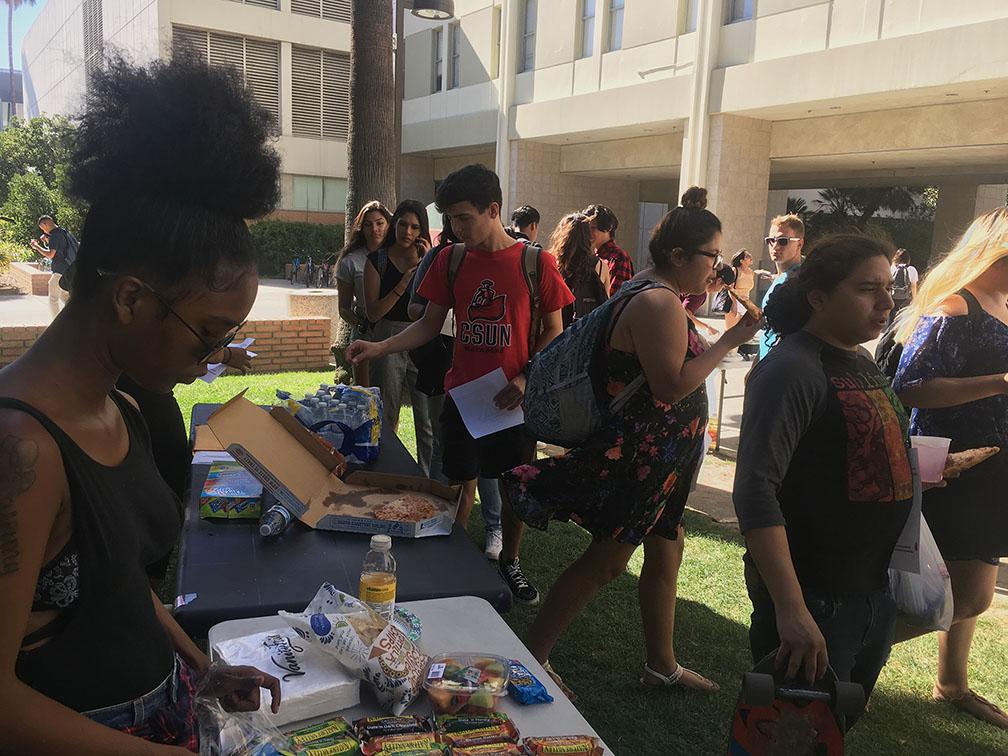 CSUN students boycotted the university on Tuesday by urging the campus community not to purchase anything on campus, and instead provided drinks and food for students.

This comes in the wake of CSU Chancellor Timothy White proposing a change in the general education requirements with Executive Order 1100. The change would end the section in the GE that requires students to take six units in comparative cultural studies.

“CSUN is 100 percent committed to our ethnic, gender, women’s and cultural studies departments and programs, which are points of pride for the university, vital to our institutional character and contributors to student success,” said Harrison.

She also attempted to clarify certain questions surrounding the future of some programs at CSUN.

“Any implementation proposal must retain the requirement that students complete six units of comparative cross cultural studies, ensuring that these courses remain a part of the 48 GE units,” Harrison wrote.

CSUN student Eduardo Estrada said he is motived to support the boycott because it took 50 years of continuous fighting and struggling to get people of color to be recognized on campus.

Estrada claims that the administration targeting certain departments is not something new, but at the moment it feels like “one big slice to the gut.”

Estrada said he believes that the boycott will affect the campuses vote on Thursday because it shows that students care and several departments are agreeing that what Executive Order 1100 is pushing is wrong.

Brittney Harvey, 21, deaf studies major, said she hopes the protest shows the chancellor that faculty and students do not support having culture classes taken away.

She wants students to use their voice to support the cause because if the culture classes are taken away history classes would not be able to offer different narratives.

“These courses were made for us to share our voice,” Harvey said.

She said if the chancellor wants to focus on student success, he should not get rid of the culture classes.

Ninangely Alomar, 20, communications and political sciences major, said that when she came to the university, she couldn’t relate to the campus until she started taking classes that offer a cultural insight.

“Every time I talk to someone, regardless of their gender, religion and color, they all think this is wrong,” said Alomar.