Dodgers fever has taken over CSUN 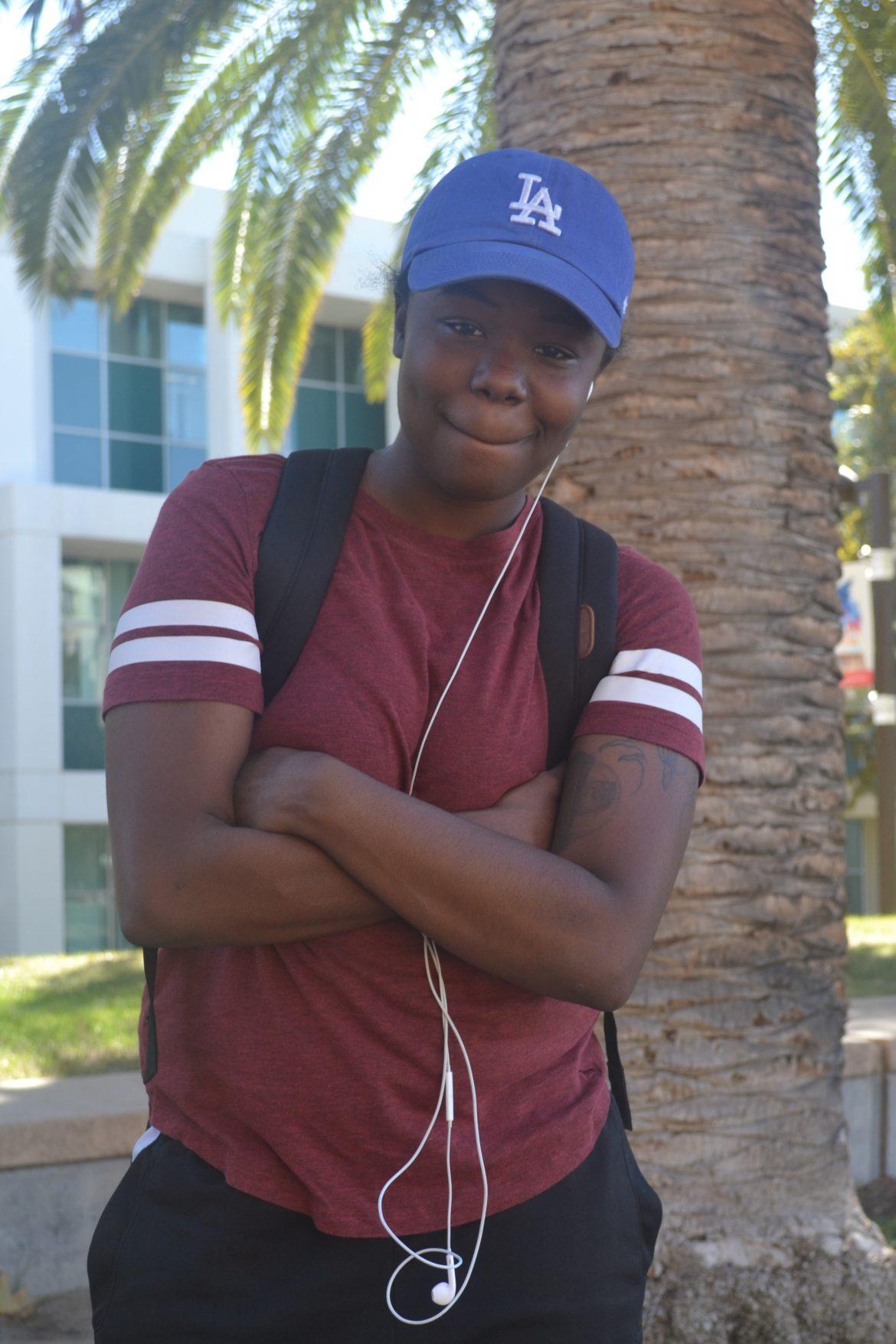 This is a picture of Stephanie Baker, a 20 year old student and dodger fan who took the time to talk to us today at the csun campus by the campus library earlier today. Photo credit: Ethan Hanson

“It feels great to see the Dodgers in the World Series. At first when I watched the Dodgers and I always heard [smack] from a lot of people,” said Monroy. “There was always people criticizing the Dodgers this year and they have a chance.”

“They are the comeback of the year and I feel they are getting the luck and the run they have always wanted.”

“I’m hoping for a sweep, but there is some good competition out there so we’ll probably lose two games. Other then that I don’t see them losing.”

“The Dodgers were good this year and I am hoping the Astros can win their first title in 13 years,” said Krause.

“I say the Dodgers will win the series in six.”

“I think its great the Dodgers are in the World Series,” said Cauley. “My family is into it and to see all the fans is really cool. It’s cool to see them in the World Series this year because they should have been in it last year.”

“I think the Dodgers are going to take it all. They are the best team in the MLB.”

“I’m just excited that one of my teams made a championship for the first time in a long time,” said Emeka. “I’m just happy to watch and see how it plays out. It’s going to be the toughest series the Dodgers have played all year but I think they will probably win in six games.”

“I love the team and I love Yasiel Puig, one of the problems with baseball is that it’s boring and he makes the games fun to watch.”

“I know that the Dodgers haven’t made it to the World Series since the eighties and its been quite some time,” said Camarillo. “I enjoy going to the games, having some food and I’m a softball player so I like baseball.”

“It’s great that the Dodgers are in because it’s around the time of my birthday,” said Baker. “That’s a good thing for them and I think they are going to bring it home.

“I like the whole team and I think the Dodgers are going to come out on top.”