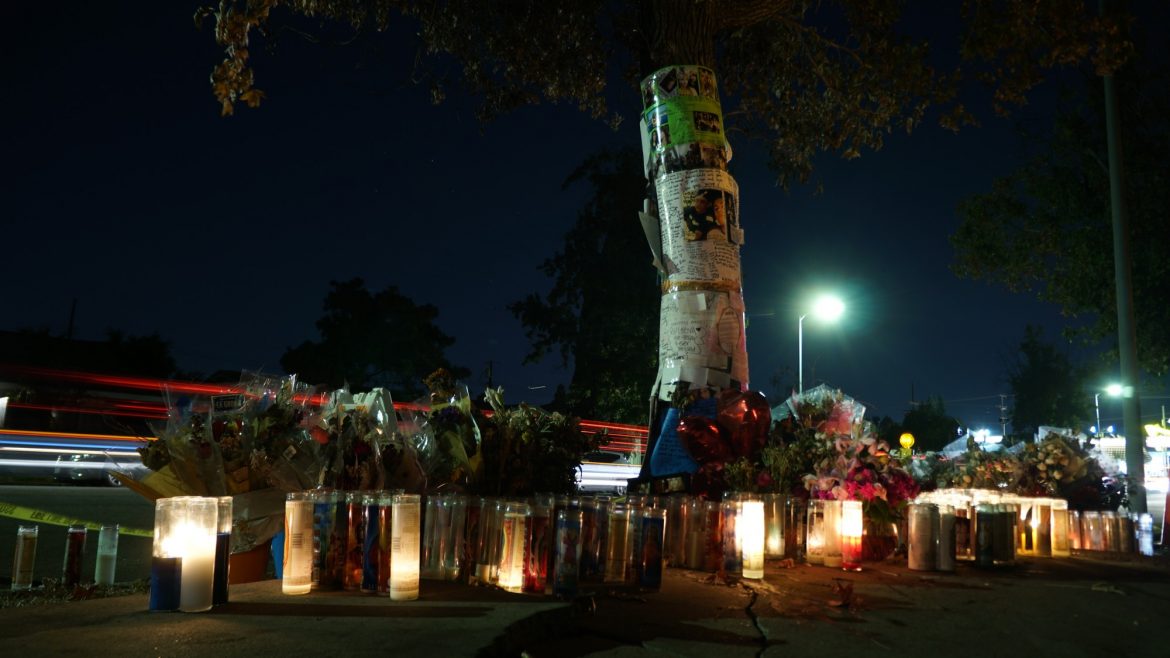 Amanda Alfar, 22, a CSUN student, will be having a viewing service at Pierce Brothers Valhalla Memorial Park in North Hollywood on Wednesday evening from 5 – 8 p.m., a sign at the scene of the accident said.

Leena Ammari, 21, a College of the Canyons student, will be having a viewing service and funeral from 11 a.m. – 3 p.m. on Wednesday at the San Fernando Mission Catholic Cemetery in Mission Hills.

Martin Gomez, 20, and Denney Lomeli, 22, a CSUN student, were given viewing and funeral services Monday evening at the Poverello Di Assisi Retreat Woodworth in San Fernando.

A mother to a friend of the four deceased, sat at the crash site in tears. She did not want to share her name but shared that there were around 400 people who showed up to the funeral for the two cousins, Lomeli and Gomez.

The mother’s daughter was a good friend of Alfar and Ammari and almost went out with the group that night. She said, “My daughter said ‘I was going to be with them but I decided to go to six flags.'”

At least 100 used and burning candles sat around the tree that Gomez hit when he crashed October 6.

One Northridge resident, Tim Moen found out about the incident from a clerk at a gas station nearby and has visited at least 5 times since then and has met many of their family and friends.

“They sounded like good kids,” Moen said. “My heart goes out to them.

Jay Jay, Granada Hills resident and friend of Gomez and Lomeli said Lomeli had a cheerful personality and was in school to work in the medical field.