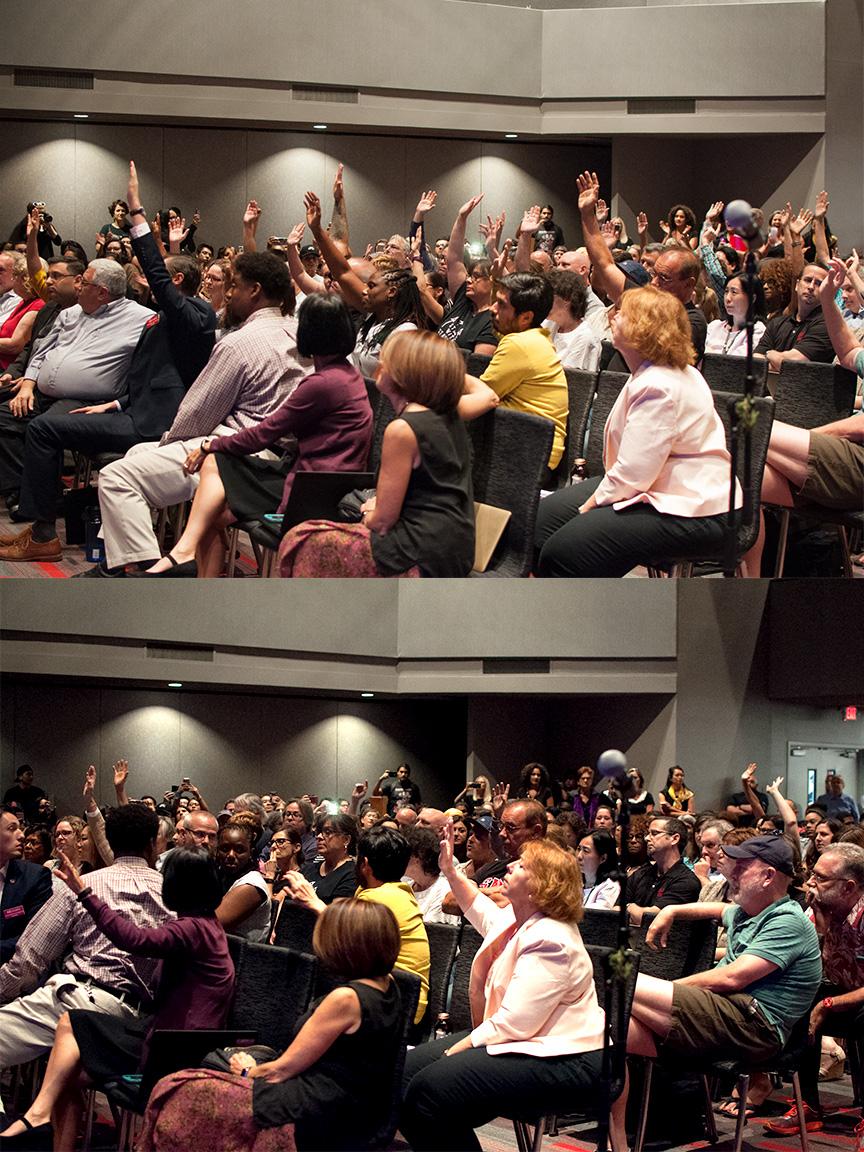 After hours of debate, the CSUN Faculty Senate voted to not implement Executive Order 1100 Thursday afternoon.

Students and faculty strongly oppose the executive order because it would eliminate “section F” of CSUN’s general education requirement. Section F is the portion of the GE that requires undergraduate students to take 6 units in comparative cultural studies.

Before the vote took place, CSUN President Dianne Harrison announced to the senators and students present that an agreement had been made with CSU Chancellor Timothy White to keep section F, with some stipulations included to accommodate transfer students.

By voting to reject the executive order, the faculty senate will not accept the terms of the agreement President Harrison made with the Chancellor White.

The senate meeting marked the end of “Week of action: Unnatural disasters at CSUN,” a series of protests organized by students from CSUN’s various cultural departments and clubs.

One hour prior the faculty senate meeting hundreds of students gathered outside University Hall to protest against the executive order 1100 and express their frustrations against campuses officials for their lack of communication.

Shortly after the meeting started students and faculty members sat on faculty senate meeting to hear the decision on section F & Executive Order 1100 on the Northridge Center. Students were allowed to express their opinions for over an hour in front of the faculty senate.

Theresa White, department chair of Africana Studies, praised students for being persistent for fighting for what is right and invite other faculty senate members to vote against the implementation of the EO 1100,

“I’ve never ever seen the kind of passion, this is my nine year here on campus and I have seen this passion from students on this campus.” She said in front an energized crowd.

After the meeting ended students expressed their opinions on the voting results.

Isaiah Thibodeaux, political science Pre-Law major, and vice president of the Black Student Union. said, “It’s a bittersweet victory, it’s a victory in the sense we were able to organize everything and get people to actually they can’t underestimate the students,” he said. “Until everything is finalized on paper we can’t really celebrate.”

He said this section F program is important to educate students who might not look the same as other groups “We are forced to learn about their culture K–12 now they have to learn about ours.” Thibodeaux said.

Black Student Union president and Spanish major, Kaya Tillery said she think they were able to get something on paper by having the Senate to take responsibility to urge the chancellor to create a student task force.

Tillery and Thibodeaux said they will wait for the chancellor’s response before they decide what to do next.

“Section F is a representation and reflection of CSUN rich history and CSUN students their own personal rich history their culture, their traditions and we want them to stay here,” she said. “This is why you go to college to learn lifelong skills that are really are going to prepare you for the real world and that’s what section F is.”