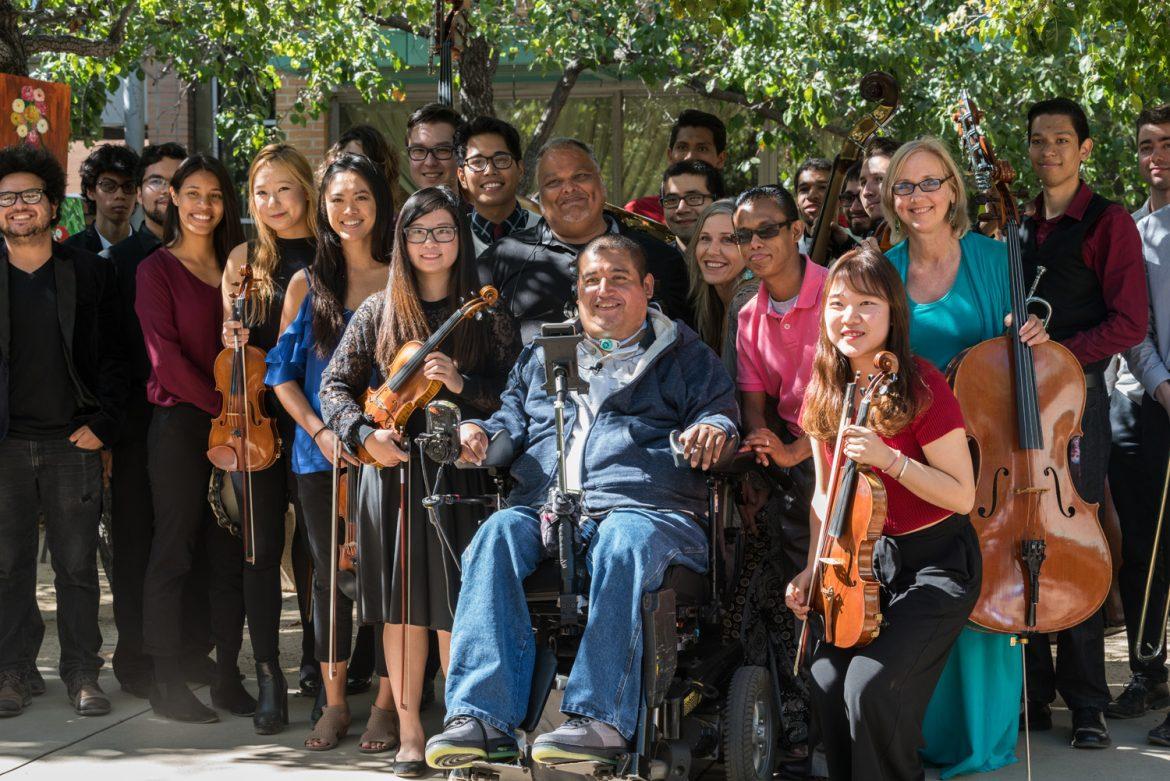 A group of graduate and undergrad CSUN musicians composed a symphonic arrangement on Saturday in honor of, and in conjunction with, paintings of renowned mouth painter, Esvin Rodriguez.

Project Resonance is spearheaded by music director, producer and lead composer, Bryan Barcinas. Their mission is to tell real stories about real people through music compositions, catering unique arrangements to their exceptional narratives.

Rodriguez, former gang member, was shot in the neck and his back at the age of 17 years old. He has been on life support and quadriplegic ever since. Every night he has to be put on a defibrillator, however, he has not let that suppress his life and has made major achievements despite what others may seem as limited abilities.

Rodriguez has learned how to do many things like make phone calls and text and can pretty much do what anyone else can.

“Except eat shrimp,” joked Gye Di Capua, a close friend of Rodriguez. “He’s even had girlfriends, he just hasn’t been tied down yet.”

In an effort to help Rodriguez discover some sort of hobby instead of simply being bedridden, he discovered a mouthpiece when he was inside of an art store and decided to tape a paintbrush at the end of it. A reluctant Rodriguez ended up taking a real knack and artistry to it.

On display were some of Rodriguez’s paintings, strung on trees enclosing the orchestral area.

After Project Resonance’s performance, a tearful and soft-spoken Rodriguez said a few words of thanks and humility.

“I just am really thankful for everyone for coming out today,” Rodriguez said.

Afterwards, a blank canvas and some paints were spread out for Rodriguez so he could create a live painting.

Bryan from Project Resonance said Rodriguez will be showing his paintings in a gallery soon. Project Resonance is also gaining steam to work with more people to tell more stories, their next subject being a ballerina who dances to fire.