An insight into the effect of music on student-athletes 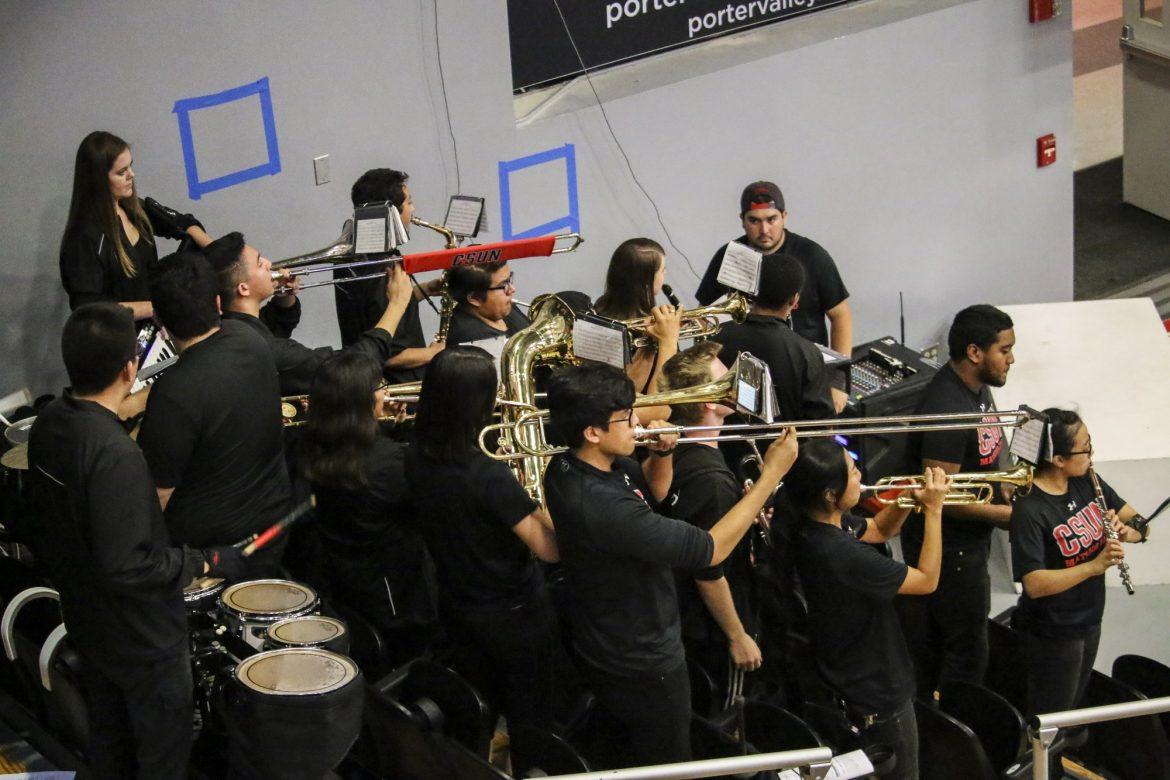 It is common to hear music at stadiums prior to a sports game and this is largely due to the positive effect music can have on athletes. The common ritual of listening to something while being physically active is something that CSUN student-athletes do as well.

In an article published by PBS, researcher Costas Karageorghis shared the various areas of the brain that react when music is played. It was shown that listening to music affects critical areas in the brain like the parietal, occipital, frontal and temporal lobe.

“These parts of the brain are necessary for athletes performers,” he said. He is also the author of “Applying Music in Exercise and Sports” in an interview with PBS SoCal.

“If you are thinking about using music for yourself here are some ideas,” said Ashley Samson, a CSUN sports psychology consultant for athletics and assistant professor of kinesiology. “Basically think about music that has some meaning to you because that is whats going to help you perform better.”

Reggie Theus Jr. plays for the matadors men’s basketball team as guard. He shared what kind of music he listens to when he trains: “I listen to a lot of like instrumentals like just beats like no words… The reason I do that is because it allows me to think about what I need to do for the game and not hear anybody else talking to me… it leaves me room in my head to think about the things that I want to think about to prepare myself mentally and physically for the game,” said Theus Jr.

Ashley Samson also said that, although she has not done any experiments for students who listen to music, it can have a significant effect on their performance depending on the impact certain genres of music has on them emotionally.

For example, some athletes listen to heavy metal, and that calms them down. “In general, people tend to believe that listening to heavy rock or intense rap music would pump up the individual and classical music would calm them down; however, it depends on the person and how she or he depicts the meaning of the song which would lead to either claiming down or hyping up,” said Samson.

“I do work with several student-athletes. Listening to music is sort of their pre-game or pre-completion preparation routine, and that is something they felt very strongly about in terms of having their headphones in while getting their clothes on,” the psychology consultant added.

Jovani McCaskill, women’s soccer player, has a year-long tradition of listening to a sax song called Trade Winds, even though there is heavy metal music playing, she dances to it before a game to calm herself and to refocus on the game.

More than a simple habit, music has become a tradition for sports players. “I can’t remember the last time I went into a game without listening to music,” Theus said. “But I don’t think it’s necessary. I think I just enjoy what it does for me physically and mentally, but I think if I was to shut it off I would probably be okay.”