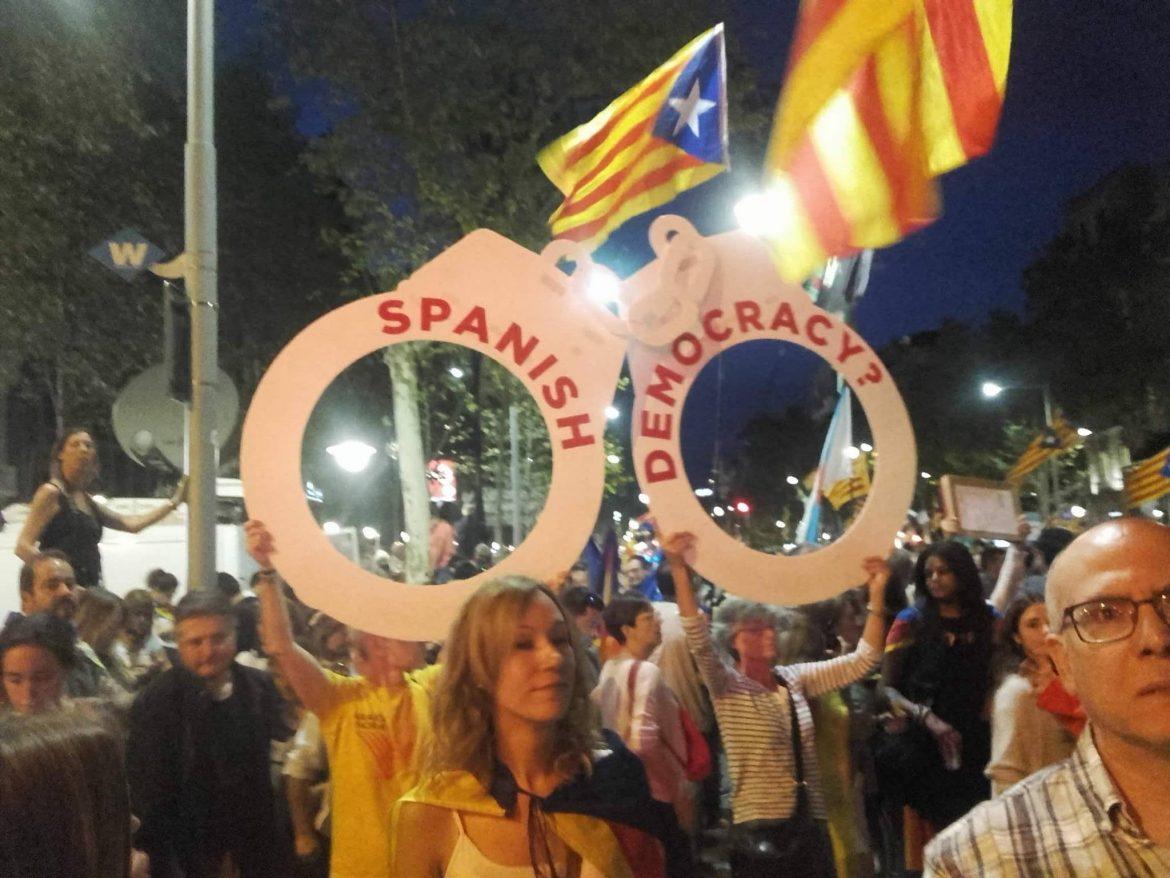 Catalonia, Spain, has been struggling to liberate itself from Spanish rule, and earlier today, Spain imposed direct rule over Catalonia, rejecting the region’s government. This comes a day after Catalan leader Carles Puigdemont and lawmakers voted to pass a declaration of independence from Spain.

The Catalan leader, however, is calling for Catalans to unite peacefully and democratic opposition, according to New York Times.

This decision came just hours after members of Catalonia’s parliament voted decisively at 70 to 10 for independence.

The original referendum for Catalonia was held on Oct. 1 and passed with 90 percent of the vote from people who were pro-independence, but the voting was problematic as instances occurred of polling stations being raided by Spain and and more than 770,000 ballots were stolen by riot police, according to reports from Catalonia and its citizens.

A student from the Universitat Pompeu Fabra in Barcelona explains the reason for the voting and a brief history on Catalonia’s need for independence.

“This used to be a small Catalan conflict as to whether it ought to be held or not, but people from all around the country are now trying to get their say,” said Eric Hall Bordas, translation and interpreting major. “I personally think it was Lluís Company, president of the Generalitat during 1933-1937, who first recognized and said Catalonia was part of a republic, making it very clear that Spain and Catalonia had never been best of friends.”

Sherry Elizabeth Lupinacci, a psychoanalyst in Barcelona spoke on why people went out to vote to gain independence from Spain.

“We don’t have control on our harbors and airports, Madrid said we control it,” said Lupinacci. “We want more autonomy and a better deal financially and the independence movement to begin to get moving. We want taxation with representation.”

A CSUN student who is aware of the situation going on gives his thoughts on the matter.

“I feel that it is a sensitive issue because they probably have some sort of grievance towards Spain which is why they feel the need to gain independence,” said Antonio Macias, anthropology major.

Bordas explains a situation of how Spain tried to stop an important member of the movement from voting.

“The Spanish government tried to stop President Puigdemont from voting, but he changed vehicles inside a tunnel and ended up voting someplace else,” Bordas said.

Lupinacci explains what would happen if Catalonia doesn’t gain independence.

“We can’t send 16 billion dollars in euros every year. We don’t have enough money for roads,” said Lupinacci. “Two websites were being shut down and Catalonia airspace was shut down.”

Bordas describes what some Catalans are hoping for with the independence.

“Catalans have many different opinions, we will gain more money or maybe we will be able to live in a real democracy I believe,” Bordas said

Macias is for the independence and explains his reasons for the situation.

“Yes, I believe if they feel it is necessary because of economic or cultural reasons then they have to,” said Macias. “I don’t think the people of Catalonia got out of bed one morning wanting independence.”

Bordas gave a message for the people of America to be aware of the crisis in Catalonia.

“Yeah, of course I want to say something: We are confused. People are losing faith in the movement, but it was clear from the start of this huge campaign that people would be lost in the process. Search for information, get involved by being proactive. Understand why we’re doing what we’re doing,” said Bordas.