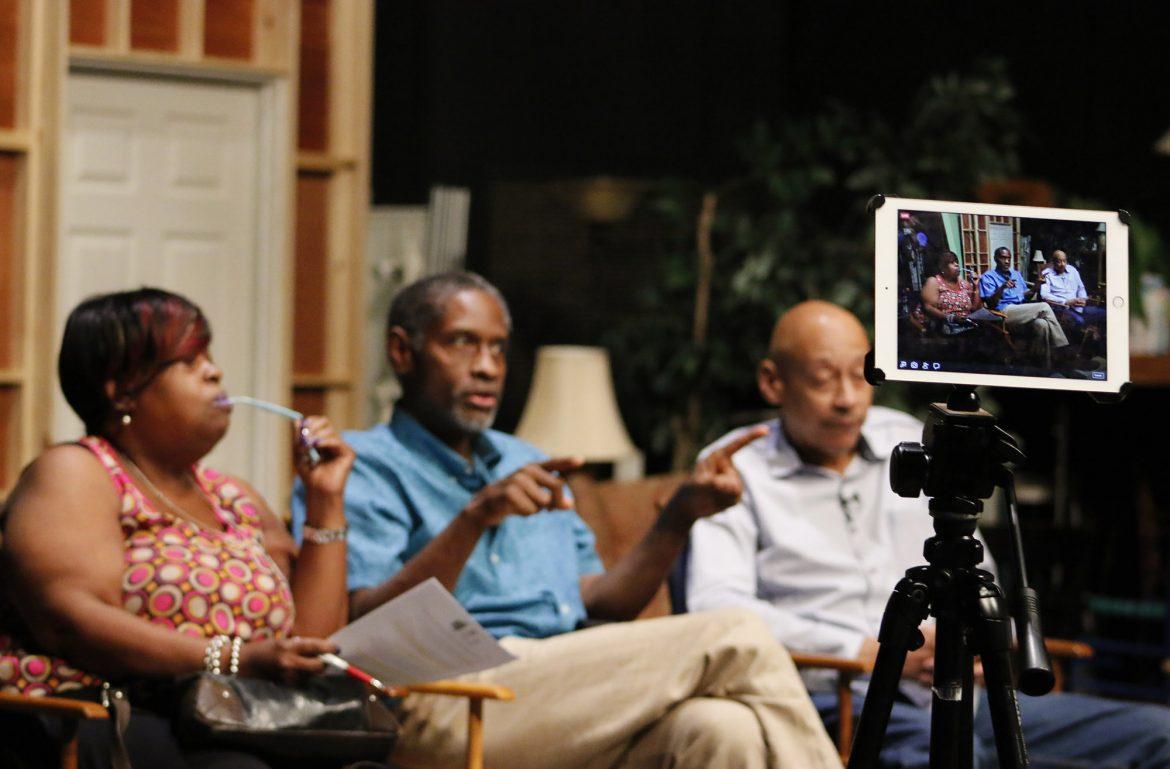 California State University Northridge in affiliation with the California State University Entertainment Alliance hosted Media Hustle on Oct. 23. The event consisted of multiple workshops geared to give students an inside perspective on the Entertainment Industry. The workshops were designed to aid ambitious CSUN students to succeed in their particular career endeavors.

The workshops were led by talented artists and writers who have attained success in their respective fields. Participating CSUN students had the opportunity to hear the stories of these accomplished individuals.

Actress Nikki Crawford, who has been featured in multiple popular shows such as “Pretty Little Liars” and “Criminal Minds”, candidly shared the obstacles she had to face in her career. “It’s a cruel business” Crawford cautioned. “It has nothing to do at times with talent or looks; it’s down to plain luck.”

Cierra Castillo, an Entertainment Management and Theater major participated in Crawford’s workshop. “Castillo was looking forward to getting more insight,” she said, “It was nice to see someone [Crawford] who has worked for a long time in the industry to give us some perspective and her intuition in the industry itself.”

Oscar Garza, Senior Producer of KPCC’s program, “The Frame”, held an educational workshop on the broad range of opportunities in broadcasting followed by a heated discussion about news and it’s influence in popular culture.

Recent CSUN graduate Cheyenne Conaway is an aspiring broadcast journalist who attended the journalism workshop. “I’m still trying [to get a job in broadcasting], which is why I came here today,” she said.

Eunetta Boone, TV writer and producer of prominent shows such as the “Fresh Prince of Bel Air”, had the largest crowd. She provided essential inside knowledge on show business. She stressed the industry is a business that needs to make money; to cater to that need is a way to succeed in the field.

The event wrapped up with a live taping for the radio program “The Hustle”. Actor, Tim Russ joined the panel with Boone as the host and professor Nate Thomas to give advice on getting into acting.

Partida mentioned that the event was a great opportunity to connect with all the entertainment students, students who see each other in the hallway. “Just because we have different majors doesn’t mean we can’t find similar interest that will help us later in our careers.”

Media Hustle was the first of its kind at CSUN. All the students and personnel involved in planning the event are looking forward to continuing this in the future.

The students who attended the workshop left with more determination and confidence in their ambition. “Does it scare me? Yeah, but I’m not going to stop– whether I end up in acting or producing or casting, whatever I may end up in. I don’t think fear scares me. Much of the work you put in is what you’re going to get,” Castillo said as she rushed to practice for an audition.