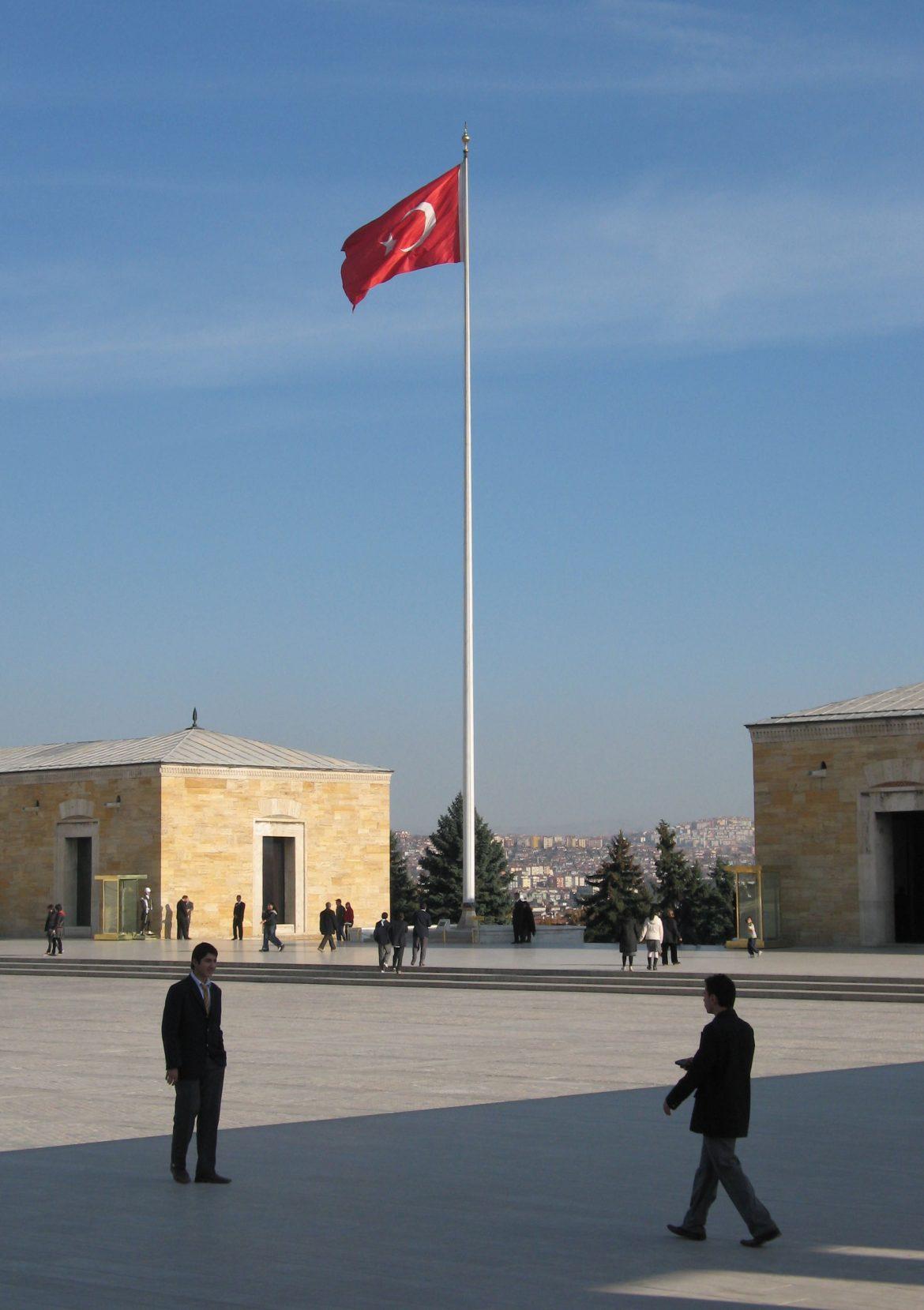 The Turkish flag flies over the plaza at the monument to Mustafa Kemal Ataturk in Ankara, Turkey. (Matt Schofield/MCT)

After the U.S. announced it was suspending most visa services at its diplomatic facilities in Turkey earlier this month, Turkish tourists, students and business people, among others, have been banned from obtaining necessary paperwork to enter the U.S.

Shortly after the U.S. announced the ban, the Turkish government issued an almost identical statement against the U.S. in return, creating a mutual visa suspension between the two countries.

The news of the latest visa ban has led to tension among a particularly affected group: students.

Sandra Jardin, assistant director for International Admissions at CSUN, assures that current students should not worry.

“Continuing students from Turkey will be able to continue attending. The dispute concerns new visas only,” Jardin said.

But how many students from Turkey attend CSUN, a school with more than 3,900 international students? According to Jardin, total enrollment has been low.

“Over the years, we have not had many students from Turkey attending CSUN. For the past five years, the total number is generally between 15 and 20 continuing students from that country. For Fall 2017, we had 23 applicants from Turkey,” Jardin said.

Though the number of international students from Turkey at CSUN is relatively small, those who are attending have been affected by the ban.

Almila Oguz is one of them.

“I feel kind of trapped,” said Oguz, a communication studies major. “After being here for four years, if I move back to Turkey, I won’t to be able to come back and visit this place again, and to not be able to visit ever again, that kind of scares me.”

Oguz is only one of the Turkish students at CSUN affected by the ban.

Cansu Topaloglu is a cinema and television arts major at CSUN, and a friend of Oguz.

“We have friends here that are in the same situation as us,” said Topaloglu. “I graduate this December, and after I heard about this, I realized that if I go back to Turkey now, I won’t be able to come back, and after six years [in the U.S.], it is really weird.”

The Basis For The New Ban

The initial decision by the U.S. came after the arrest of a Turkish employee at the U.S. Consulate in Istanbul.

The employee, identified as Metin Topuz, is accused by a pro-government media outlet in Turkey of “aiding and abetting” the escapes of “Gülenists” from Turkey.

The term “Gülenist” is used to refer to supporters of Fethullah Gülen, a 76-year-old cleric accused by Turkish President Recep Tayyip Erdogan of orchestrating the failed coup attempt against him in 2016. Gülen has been living in self-imposed exile in the U.S. since 1999.

The already tense relationship between the U.S. and Turkey stems from many other things, but the U.S. government’s refusal to extradite Gülen is a key factor.

Relations between Turkey and the U.S. have deteriorated further during the Syrian Civil War. Early on in Trump’s presidency, the U.S. allied with Kurdish-dominated forces in the fight against ISIS in Syria — an alliance Turkey will not accept.

“I can not imagine not being able to come here because of a stupid ban,” said Oguz.

Though the ban won’t directly affect continuing students at CSUN, it has left some worried about the future.

“I am planning on applying for OPT,” said Topaloglu. “If I go home [after graduating] I can’t come back.”

Optional Practical Training allows international students to work within their major area of study for up to 12 months after graduating. When applying for OPT, a student must request a new I-20, a document issued by the school one is attending that verifies one’s legal status, an OPT I-20.

“From the outside it looks like continuing students won’t be affected but I think everybody gets affected [in different ways],” Oguz said.

“Imagine if [a relative] dies in Turkey, and you can’t go to the funeral, so many things can happen,” Topaloglu said.

The ban has even driven some to take drastic measures.

“One of my friends from CSUN married his girlfriend, they were planning [to get married] next year, but they decided to do it now instead,” Topaloglu said.

According to Al Jazeera, hundreds of Turkish citizens have been affected by the ban. After the announcement that visa services were stopped, visa appointments were cancelled, and students were among those hit worst by the action.

“I’m just thinking about those kids that got accepted to a school, getting ready to come here, and then you lose one year of your life because of this,” Oguz said.

As for those currently studying at CSUN, Jardin advises students from Turkey not to leave the U.S. for the time being.

“We cannot know what will happen if they need to return to their country,” Jardin said. “I would recommend caution, and that the student not travel home at this time.”