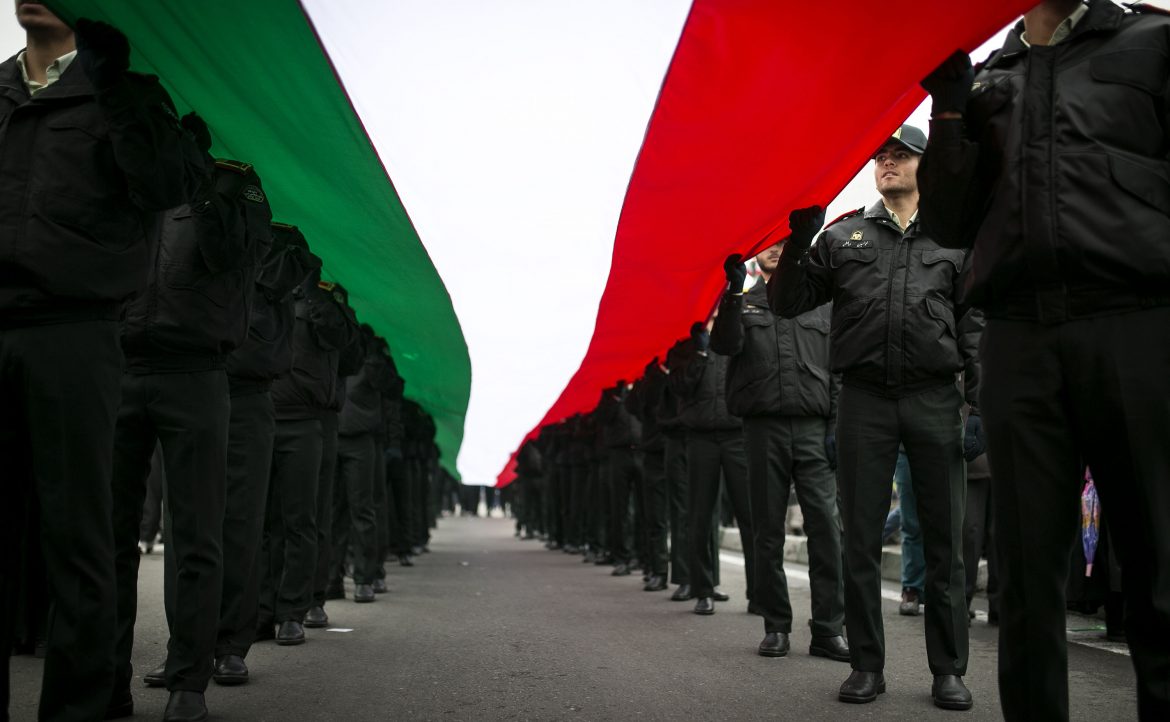 Iranian policemen hold a national flag of Iran during a rally marking the 38th anniversary of the victory of the Islamic revolution in 1979 on Feb. 10, 2017 in Tehran, Iran. (Ahmad Halabisaz/Xinhua/Zuma Press/TNS)

The Iranian nuclear deal was created in 2012 due to negotiations about how the country would handle nuclear weapons. The House of Representatives recently approved a bill for new sanctions on Iran for its aim at having long-range ballistic missiles.

According to the L.A. Times, Iran’s President Hassan Rouhani said on Sunday that Iran has not stopped building missiles. Reports say Trump believes Iran is not living up to it’s end of the deal and wants to do away with the program. CSUN students are concerned about what affect this will have on the United States and Iran.

Political science professor Jennifer De Maio describes what cancelling of the deal would do in a political standpoint.

“I think so far we haven’t seen Iran violate the treaty so I think it is premature to end the deal at this stage,” De Maio said. “If we were to cancel the deal it would escalate tensions between Iran and destabilizing our relationship with the middle east.”

A CSUN student gave her thoughts on the Iranian nuclear deal being in crisis of getting cancelled.

“I think it just undermines the American credibility on an international stage,” said Christine Ray, studying for her masters in social work.

“Unfortunately, our current president who I believe is a potential tyrant and is unable to reach an internal peace within himself, let alone a universal one- has used and continues to use every opportunity to bash, belittle and discredit this deal by spreading fear and falsehood,” said Nazarian.

According to The Washington Post, on Monday, Iran did not attend the United Nations conference on atomic energy in Abu Dhabi, which led to no comments from Iran and Israel about the deal.

“I think partly because it is an Obama thing and his way to leave his mark on foreign policies and say look Iran we don’t have [have to honor this deal],” De Maio said.

Nazarian describes what this could do to people of Iran if Trump would scrap the deal.

“While ripping apart the nuclear deal will cost United States’ its credibility on world stage,” Nazarian said. “It will cost the Iranian people their hope for a better future and will bring them a blend of financial hardship, despair, chaos and uncertainty.”

Ray gives her persective on why Trump is trying to do away with the deal.

“From what I understand of the issue, I think Trump is basing it on alternative facts,” Ray said.

Nazarian explains the nuclear deal needs to remain for the greater good.

“The Joint Comprehensive Plan of Action or as we know it ‘Iran’s nuclear deal’ is a remarkable example of such rhetoric,” said Nazarian. “An explicit win of diplomacy over military intrusion. Honoring the nuclear deal means guarding the idea of universal peace.”